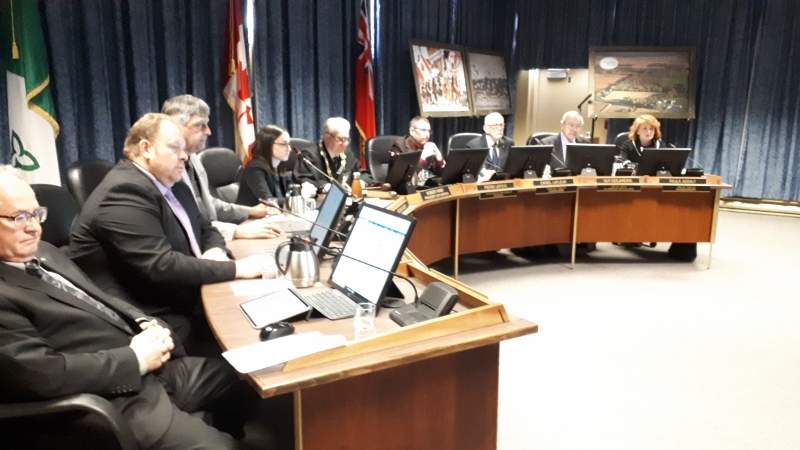 Local mayors were presented with the 2018 report on provincial offences revenue when United Counties of Prescott and Russell (UCPR) council met on March 27.

The Provincial Offences Office collects and administers traffic and all other non-criminal fines on behalf of the Ontario government and then remits a portion of the revenue to the province.

The total revenue for the counties last year and in 2017 was more than $1.7 million.

The rest of the revenue from fines goes to the provincial government and towards the cost of operating the Provincial Offences Court in L’Orignal.

UCPR Treasurer Julie Ménard-Brault noted that some traffic fines involving vehicles registered in Québec go unpaid because there is no law in that province denying licence plate renewal for vehicle owners with unpaid fines.

Hawkesbury Mayor Paula Assaly asked if it is possible to get a list of fines from Québec.  Ménard-Brault said that is difficult because of the way the system is set up.

CAO Stéphane Parisien noted that provincial offences were transferred to the counties to be administered but the computer system is still an old DOS-based format from the year 2000.

“At what point do we write off some fines?” asked Russell Township Mayor Pierre Leroux.

Ménard-Brault said there are challenges and a long process for transferring unpaid fines to collection agencies.

Director of Public Works Marc Clermont reported that the top-up funding that provided the counties with additional support from the Ontario Community Infrastructure Fund (OCIF) has been discontinued by the provincial government.  The counties are receiving $703,019 from the OCIF in 2019.

Clermont said that without the OCIF top-up funding; the counties now need to find extra provincial funding somehow for a culvert replacement project in the St-Isidore area.

The province has recently agreed to begin accepting grant applications for the Investing in Canada Infrastructure Program (ICIP) which can provide 50 per cent federal, 33 provincial, and 16 percent municipal funding for eligible projects.

Clermont said his department will be applying for an ICIP grant before the April 15 deadline to cover the cost of the St-Isidore project.

Council approved a by-law changing the speed limit on County Road 3 to 50 kilometres per hour from the South Nation River bridge to 100 metres from the Lafontaine Road intersection in Casselman.