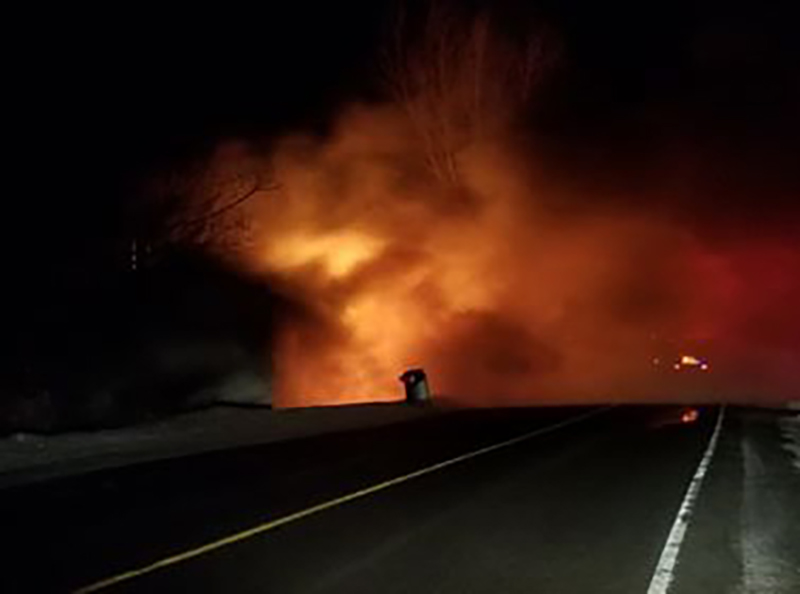 County Road 10 was closed for some time last night while The Nation firefighters worked to extinguish a house fire. Gusting winds blew smoke onto the road. The home was completely destroyed by the fire. A Review follower shared this photo.

No one was injured in a blaze which destroyed a St-Bernardin home Monday evening.

Twenty-eight firefighters responded to a fire at 754 Concession Road 4, just off County Road 10, about nine minutes from Vankleek Hill, at about 9 p.m. on March 11. The fire was reported as a kitchen fire, and was a cooking fire, according to The Nation Fire Chief, Tobias Hovey.

The fire had already engulfed the home when firefighters arrived on the scene.

The fire was not necessarily hard to extinguish, but it was wind-driven from the north winds on Monday evening. The fire response team did what is called a “rural set-up”, using four tankers, one each from the St-Bernardin Fire Station, the Fournier Fire Station, and the St-Isidore Fire Station (all from The Nation) and from the Vankleek Hill Fire Department (Champlain Township). 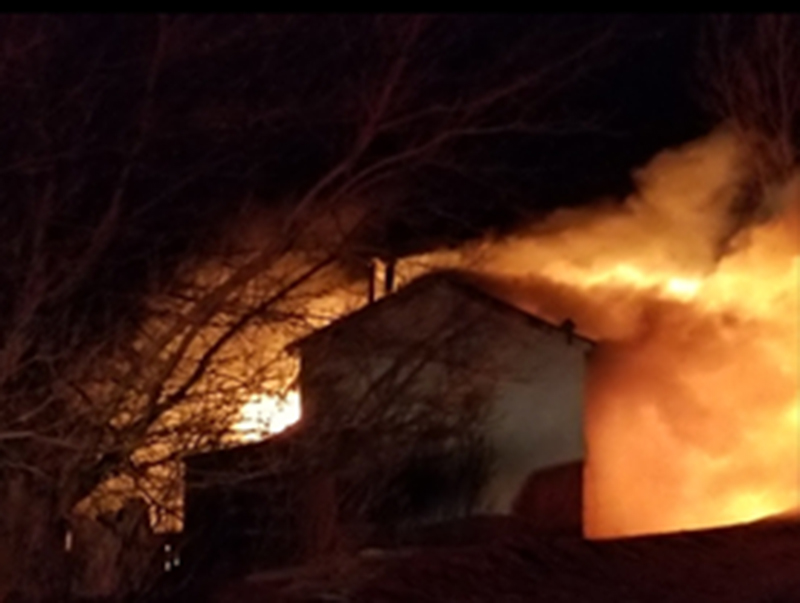 On Tuesday morning, a backhoe was clearing snow and was going to excavate in the remaining debris from the fire to reach hot spots and make sure it was completely extinguished, said firefighters who were standing by. A fire watch was left overnight for flare-ups and scene safety. The scene was cleared at about 11 a.m. Tuesday morning.

At one point during the fire, County Road 10 was closed due to poor visibility (caused by smoke) and downed Hydro lines. 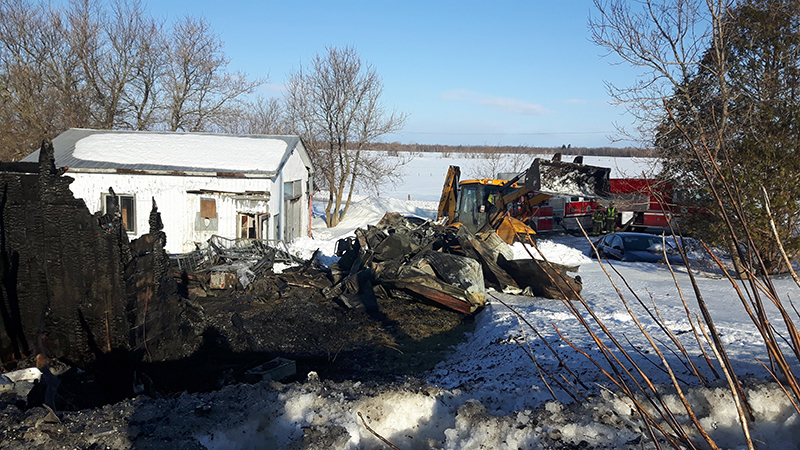 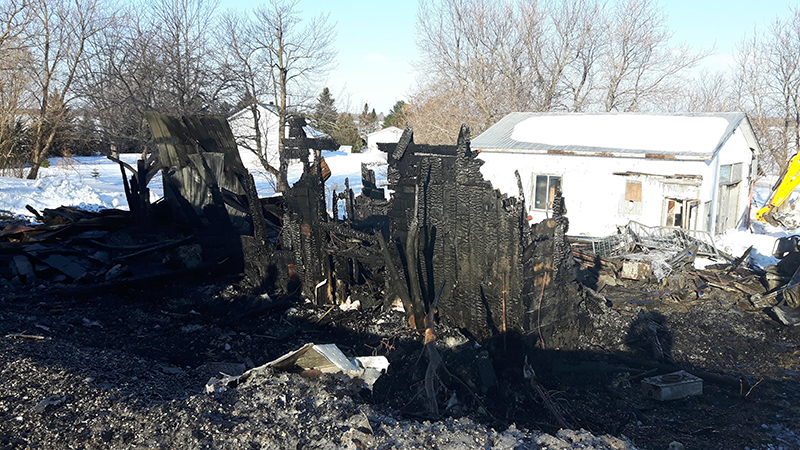