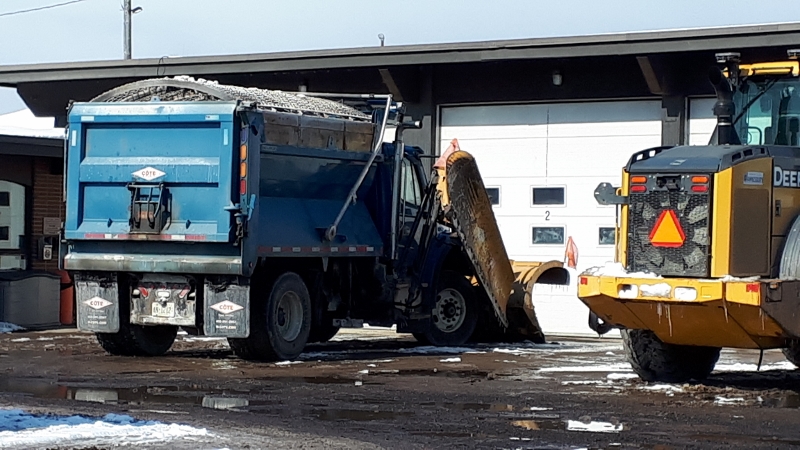 We’re at that point in winter where the snow and ice no longer seem beautiful to many people, and the prolonged winter weather stretches our capacity to speak nicely about the elements.

Snow and ice also test the capacity of municipal road maintenance budgets.  Weather does not change at municipal boundaries either, so both urban and rural municipalities are affected.

The Town of Hawkesbury winter road maintenance budget for 2019 is $245,000, according to Chief Administrative Officer, Daniel Gatien.

At this point in March, the town is still approximately $25,000 to $30,000 under budget on winter road maintenance, but Gatien cautioned that the 2019 budget also includes whatever work must be done in November and December.

Gatien said Hawkesbury is currently $50,000 under budget on road salt expenses as well.

However, the town is $10,000 over budget on expenses for contract equipment hired to remove snowbanks and clear snow and ice away from fire hydrants.

In the month of January, when winter’s presence started to be strongly felt, 171.95 tons of sand, and 602.73 tons of salt were spread by crews on Hawkesbury’s streets.  50.47 tons of stone dust and salt mix were applied to sidewalks.

The Nation, a mostly rural municipality with 450 kilometres of roads that are maintained in the winter, also has a $245,000 winter maintenance budget for 2019.

Director of Public Works Marc Legault said that they are currently over budget at $294,000.

Being over-budget is a trend, according to Legault, who explained the same thing happened in 2017 and 2018.

He said, though, that it is not the cost of materials that is to blame and noted that the price of road salt has remained steady in recent years.

“It’s simply the weather,” he said.

The Nation crews have made 60 trips over the road system to plow snow and spread sand and salt this season.

Legault said that roads are prioritized for maintenance according to the amount of traffic they receive in a day.

For example, St-Isidore Road, Calypso Road, and Route 650 are classified as primary roads because 1,000 or more vehicles a day travel on them.  That means crews plow or spread salt and sand on them before other roads.

The cycle of cold or stormy weather followed by warm temperatures that then turn to freezing temperatures are another thing Legault said that has complicated road maintenance this winter.

“The public is asking us for a certain level of service,” he said.