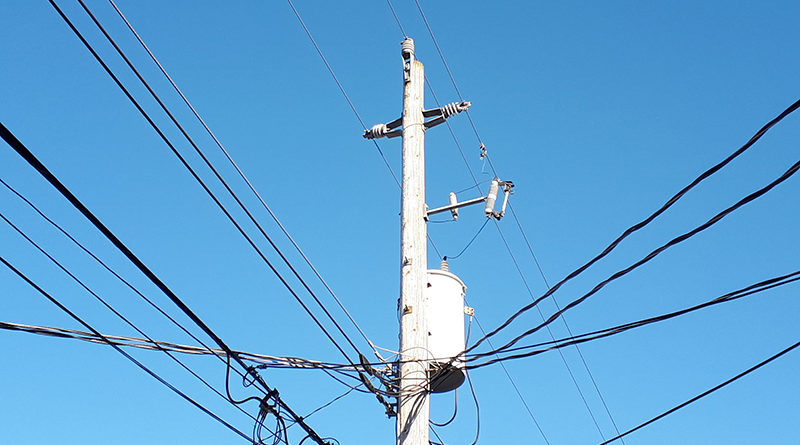 A major, scheduled power outage is taking place in Lachute on March 6.

Hydro-Québec and Bell Canada are replacing many poles simultaneously on Rue Robert.

The area affected goes from Rue Fraser and Avenue Bethany in the east to Avenue d’Argenteuil in the west, and from Rue Principale in the north to Rue Robert and Rue Grâce in the south.  Along with Rue Robert, properties along Rue Berry, Rue Barron, Rue Élizabeth, and Rue Lafleur will also be affected.  The electricity will be off in the area from 8:30 a.m. until 3:30 p.m.

Due to the winter season, the City of Lachute has put measures in place to help residents in the neighbourhood affected by the power outage.  Villa Mont-Joie will be open to residents between 8:30am and 3:30pm for hot drinks, snacks, and to allow people to recharge their cellular phones.

Community transportation provided by the MRC d’Argenteuil will be free for affected residents during the hours of the outage so they can travel from their homes to Villa Mont-Joie.  To request transportation, residents must call 450-562-5797 to reserve.

Regular operations at city hall will be maintained during the outage.  The Maison de la culture and Jean-Marc Belzile public library will also remain open and regularly scheduled activities will still take place.

The City of Lachute is reminding residents that a scheduled power outage is a good time to make sure they are prepared for emergency power outages and natural disasters by making sure they have enough food, water, and other supplies in their home to last for 72 hours or three days.