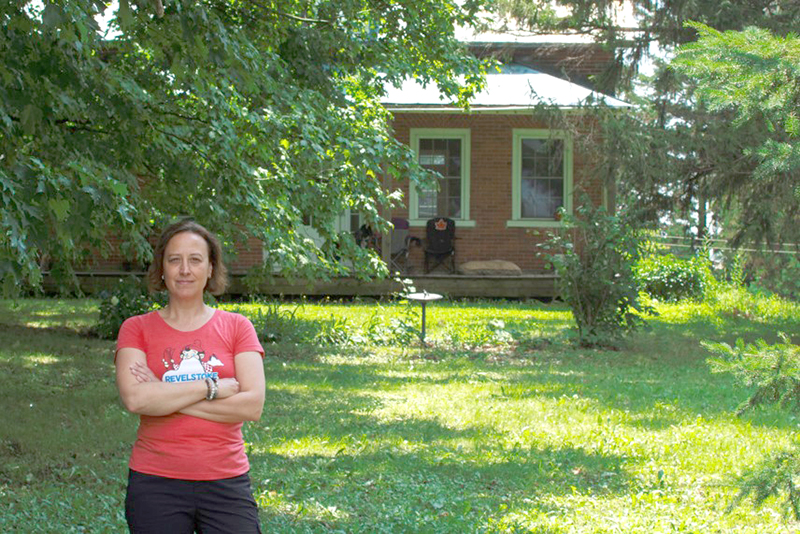 East Hawkesbury resident Marlene Bleau won her case in front of the Assessment Review Board. The Municipal Property Assessment Corporation will have to go back 19 years to correct an error. And that will likely mean a property tax refund for Bleau.

East Hawkesbury resident Marlene Bleau received a special Valentine’s Day gift this year. After a property tax mix-up she has been trying to sort out since 2011, Bleau finally hired a lawyer to present her case to the Assessment Review Board (ARB). And in a February 14 decision, Bleau got way more than she was hoping for. When Bleau spoke with The Review in July 2018 about her struggle to correct a property tax roll and assessment mistake, she had been originally hoping for a reassessment going back to 2011. Instead, the ARB decision told MPAC to check back to 1999, when Bleau purchased the property.

Bleau shared the decision with The Review and her message contained two words: “I won!”

The Assessment Review Board found what it calls palpable errors in the assessment roll and extended the time for appeals related to the two property roll numbers connected to Bleau. ARB Vice-Chair Scott McAnsh further ordered the Municipal Property Assessment Corporation (MPAC) to be the appellant, in other words to review its assessments for the taxation years 1999 through 2017. In short, the Township of East Hawkesbury will have to reimburse Bleau overpayment of property taxes.

An assessment mix-up had proven frustrating to East Hawkesbury property owner Marlene Bleau for several years. Bleau was trying to sort out property tax issues related to her having paid taxes on two properties, which were really just one property.

The ARB decision notes that Bleau had received two tax notices as if there were two separate pieces of property. Her husband was receiving one tax bill and one was made out to her. She began to suspect something was wrong when both notices were made out to her, starting in 2011.

When she went to the Land Registry Office in September 2011, she was told that there was only one Property Identification Number for the property. She want to the township to try to sort out the problem in 2011. She was told that the township would look into the problem, but no one contacted Bleau. She went back again in 2012, with once again, no result. In 2013, she went back to the township but again, no one contacted her and there was no change to her property assessment or property taxes.

But in 2018, Bleau contacted her Member of Parliament, who suggested she contact MPAC, which she did. She filed a request for reassessment and MPAC agreed that there should be only one assessment and reduced the value of one roll number to zero. The combined value of the two assessments for the 2018 taxation year was $213,000. After the assessments were consolidated, the assessment was $177,000. That is a reduction of $36,000, or 17 per cent, noted the ARB decision.

But the property had been mistakenly over-assessed since she purchased it in 1999. While the decision cites the error as unintentional, it acknowledges that Bleau has been paying more in taxes than she should have.

It says that Bleau could have been more diligent in tracking her assessments, but “letting that situation stand would be unreasonable.”

“It would also be unfair to Ms. Bleau to have her paying more than her fair share of taxes. She took reasonable steps to correct those errors since 2011. The Township never advised her to contact MPAC and did not assist Ms. Bleau in any meaningful way,” stated McAnsh in his decision.

Bleau and her legal counsel, Robert Tchegus, were present when the case was heard on January 7, 2019. Neither the Township of East Hawkesbury, nor MPAC, were present.

In his decision, McAnsh says, “The Township will be impacted financially, but it also had the means to correct this error many years ago when Bleau first brought it to its attention.”

Bleau says that she will be seeking legal costs.