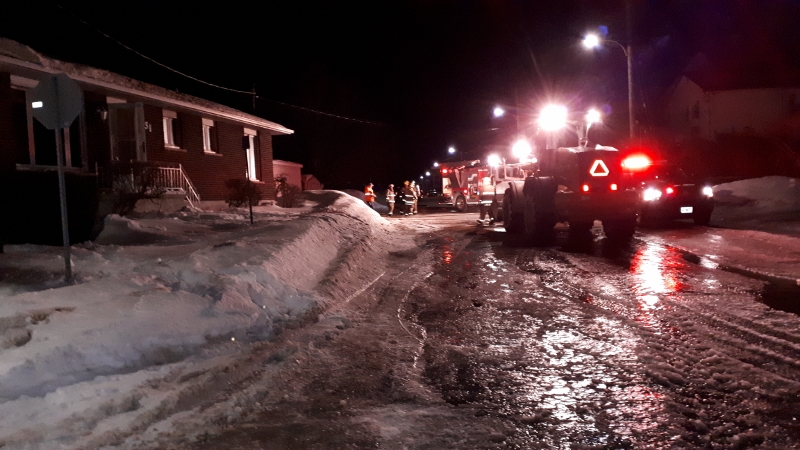 Hawkesbury firefighters, centre, after putting out the fire at the house on the left. Photo: James Morgan

There was an early-evening fire in a house on the corner of Main and Champlain streets in Hawkesbury. Firefighters from L’Orignal were also called to assist. According to the incident commander, there were no injuries and no surrounding homes were evacuated. The cause of the fire is being investigated.

Main Street was closed between Cameron and Mary Streets. Due to the cold weather, water from fire hoses running down the hill on Champlain and Main Streets caused extremely icy conditions for drivers and pedestrians alike. Public Works staff arrived to begin liberally applying sand to the icy streets. 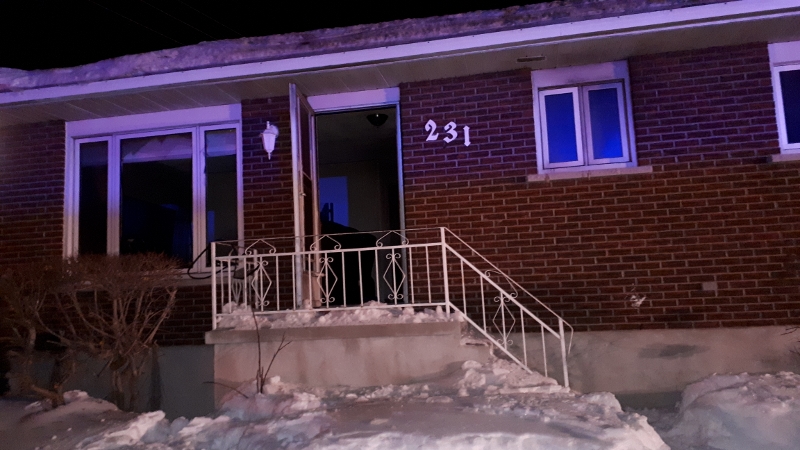 The door of the house was left open after the fire was out and the smell of smoke lingered. Photo: James Morgan 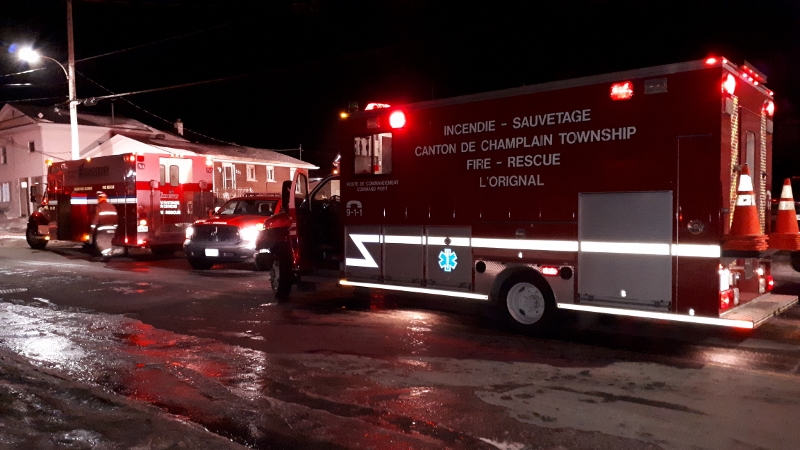 Firefighters from Hawkesbury and L’Orignal responded to the fire. Photo: James Morgan