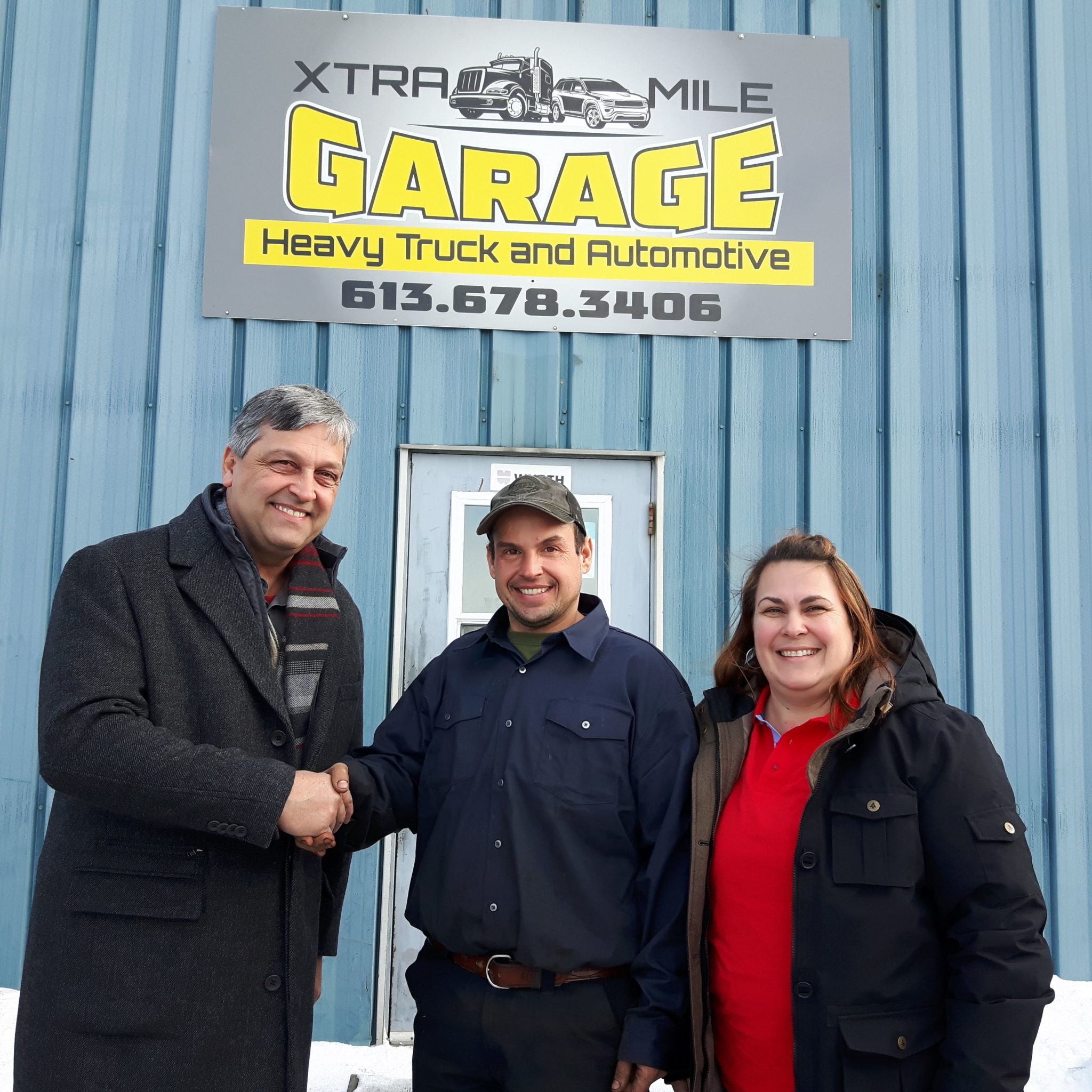 For Pascal Cadieux, opening a garage in Vankleek Hill is kind of like coming home. Although he and his wife, Sophie, live in nearby L’Orignal, Pascal was raised in Vankleek Hill.

The couple’s new business is called Xtra Mile Garage and Pascal says his focus will be on heavy truck and automotive repairs, including RVs and diesel.

“It’s always been a dream of mine to own a garage,” said Pascal, who says that his earliest garage experiences were as a co-op student, working and learning alongside Shorty Milkovic at the Milkovic repair shop which was located almost across the street from his present location. Then, Pascal went on to work at the Arctic Cat snowmobile shop which was right next door and from there, he says he went to college where he trained to become a licenced truck and coach mechanic. From 2011 until recently, he worked for Mike’s Waste Disposal.

Now, running his own business, he says what he does is “a challenge every day.”

“There is always something new — I come in every day and I never know what vehicle or what job I will be doing,” says Cadieux, who has been doing this type of work for the past 18 years.

This has been a big year for Sophie and Pascal. They were married recently, they said, so they will always remember this as a year of big change for both of them. Sophie says that she hopes the company becomes part of Vankleek Hill, as they have ideas for BBQ fundraisers and other ways of becoming involved in the community.

At the end of the interview, Pascal had two things to say about his company, as he handed over a business card.

“I chose the name Xtra Mile because that is what I want people to say about us — that we go the extra mile.”

His other comment is that the shop telephone number ends in these four digits: 3406, which is a Caterpillar engine model.