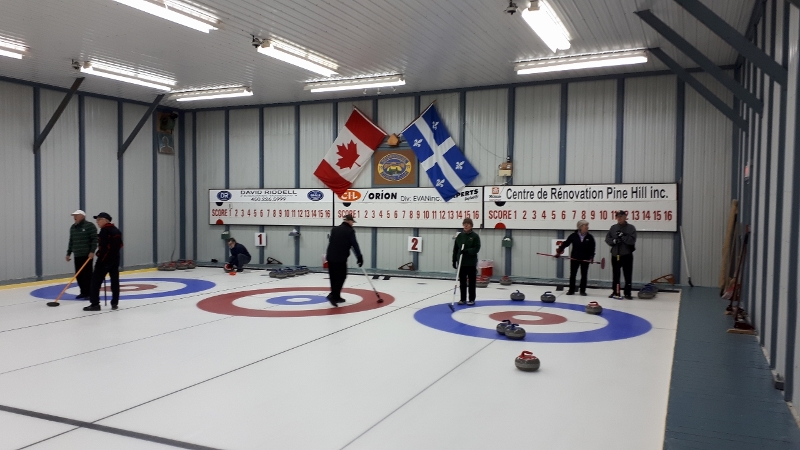 The Brownsburg Curling Club is looking ahead.

It is in the process of changing its governing structure from a privately-held company to a not-for-profit.

According to president René Thibault, the changes will allow the organization to be eligible for grants to improve its facilities.

Private companies cannot get grants from the provincial government or municipality for upgrades to their buildings, but not-for-profits can.

The club needs the consent from all its shareholders first though before the ownership structure can be changed.

The switch is part of an effort to keep the club alive, said Thibault.

Membership numbers are already up. Thibault said there were 74 members at the beginning of 2018, and there are now 90.

The goal is to have 100 to 150 members in order to keep the club financially sustainable.

There are mixed and competitive curling leagues playing in Brownsburg from Monday to Friday.  Bonspiels take place throughout the season on weekends.

The club also relies heavily on renting the rink and other facilities to families or other groups wanting to make curling a part of their events. They also have access to the kitchen and bar on the upper level.

Like with most curling clubs, members in Brownsburg are encouraged to volunteer at events or with facility upkeep. The ice maintainer is the only paid staff member.

It costs $300 a year to join the Brownsburg Curling Club, and “you can play all you want,” said Thibault.

Curling is as much of a social activity as it is a sport, and that’s something the Brownsburg club emphasizes.

The club also offers a learn-to-curl program for anyone who wants to start playing but needs some coaching, or is a bit rusty after a few years away from the game.

Full, bilingual information on curling in Brownsburg, including a couple of entertaining videos about the game, can be found on the Brownsburg Curling Club’s website, https://bv2.ovca.com/wp/