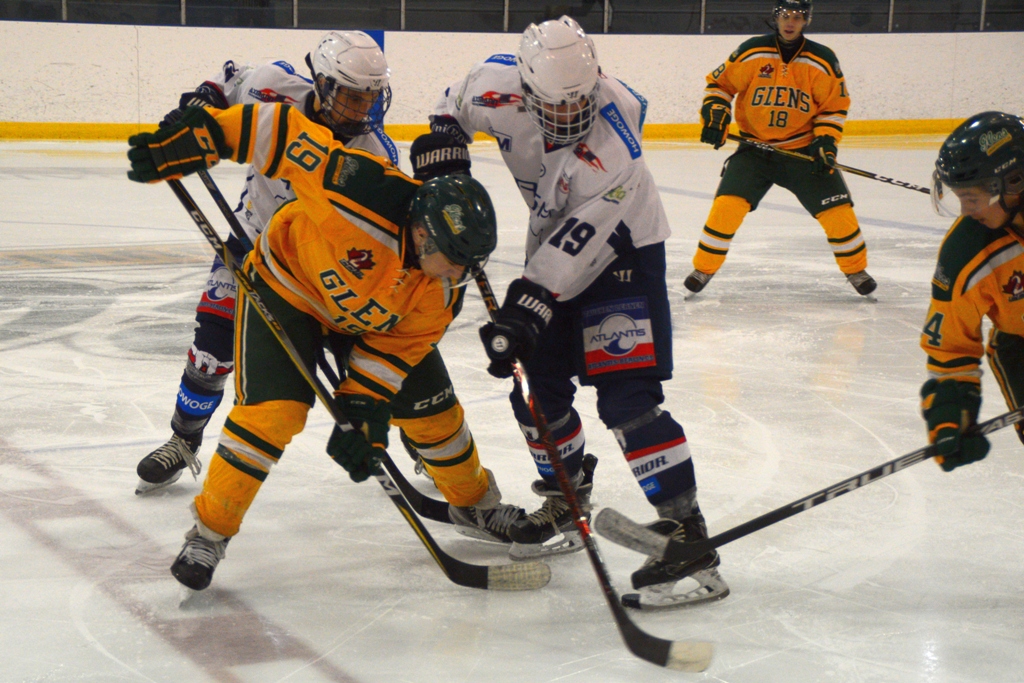 After 24 regular season games played (as of Dec 1) the Alexandria Glen’s are playing for an average of .500. The Eastern Ontario Junior B team has 11 wins, 11 losses, one overtime victory and one overtime defeat. On Saturday December 1, the Junior B Glen’s received a visit from an overseas team: the Berlin’s Juniors. Following the official faceoff at the Billy Gibbie Arena, the local team immediately showed its colors as the team’s captain Mikael Gibeault scored after only 31 seconds in the opening period. Then a second goal put the Glens in a 2-0 lead. The German visitors never gave up – repeatedly shooting on their rivals’ net. Finally, Alexandria fell 4-3 against the Berlin Juniors in shootout.

The next Glens game will be on Friday, December 7 at 8 pm as the Ottawa Junior Canadians will be in Alexandria. The Junior Canadians have lost only one game this season. Will the Glens stop the league’s leading team’s winning streak?

After 65 minutes of intense play, the Berlin Juniors and Glen’s players got together for a souvenir photo and then went to a local restaurant to celebrate this international hockey game with a good dinner.