Traffic lights will be in by Christmas; culvert replacement postponed to fall of 2019 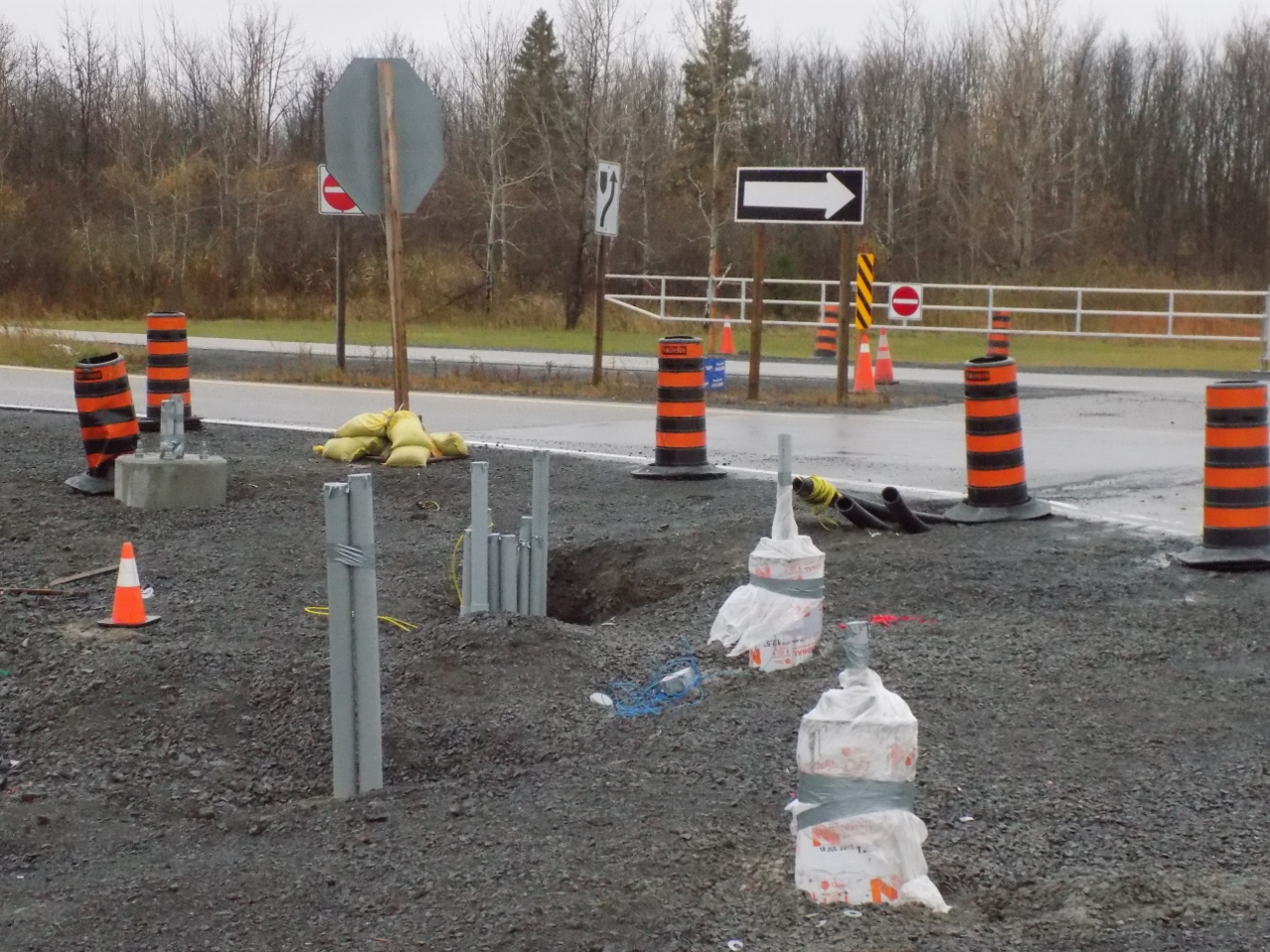 Work began last week to install the controller module which will control the traffic signals to be installed on the south side of the overpass at Herb’s Travel Plaza on Highway 34 south of Vankleek Hill. The busy intersection has been the scene of many traffic accidents.

The planned 57-hour closure of Highway 34 south of the overpass at Herb’s Travel Plaza has been postponed until after Labour Day in 2019, according to Sean McMillan, Project Manager of R.W. Tomlinson Limited, which was awarded the contract to install a new culvert.

Although Champlain Township council had been told in June 2018 that the closure was coming this year, the work has been delayed, due in part to the new government in place, which has caused delays in the approval process, McMillan said.

The traffic lights at the intersection, where numerous accidents have occurred, will be installed before Christmas, he noted, but the highway will not be closed for that work.

There will be some ramp closures (the off-ramp and the on-ramp to Highway 417 east and on and off ramps from Highway 417 to Highway 34 are located near the overpass).  The closures will be temporary to allow workers to complete paving on certain ramps.

The culvert cannot be installed in the early spring, McMillan said, due to environmental concerns and the possible impact on small local water courses. Post-Labour Day traffic should be less than the summer season, McMillan noted, adding that the Ministry of Transportation tries to ensure that there is minimal disruption.

The original plan was to reduce traffic to one lane for the entire summer while work was done (during July-August-September), but in the end, the idea of closing the highway for an entire weekend to get the culvert installed seemed more expeditious.