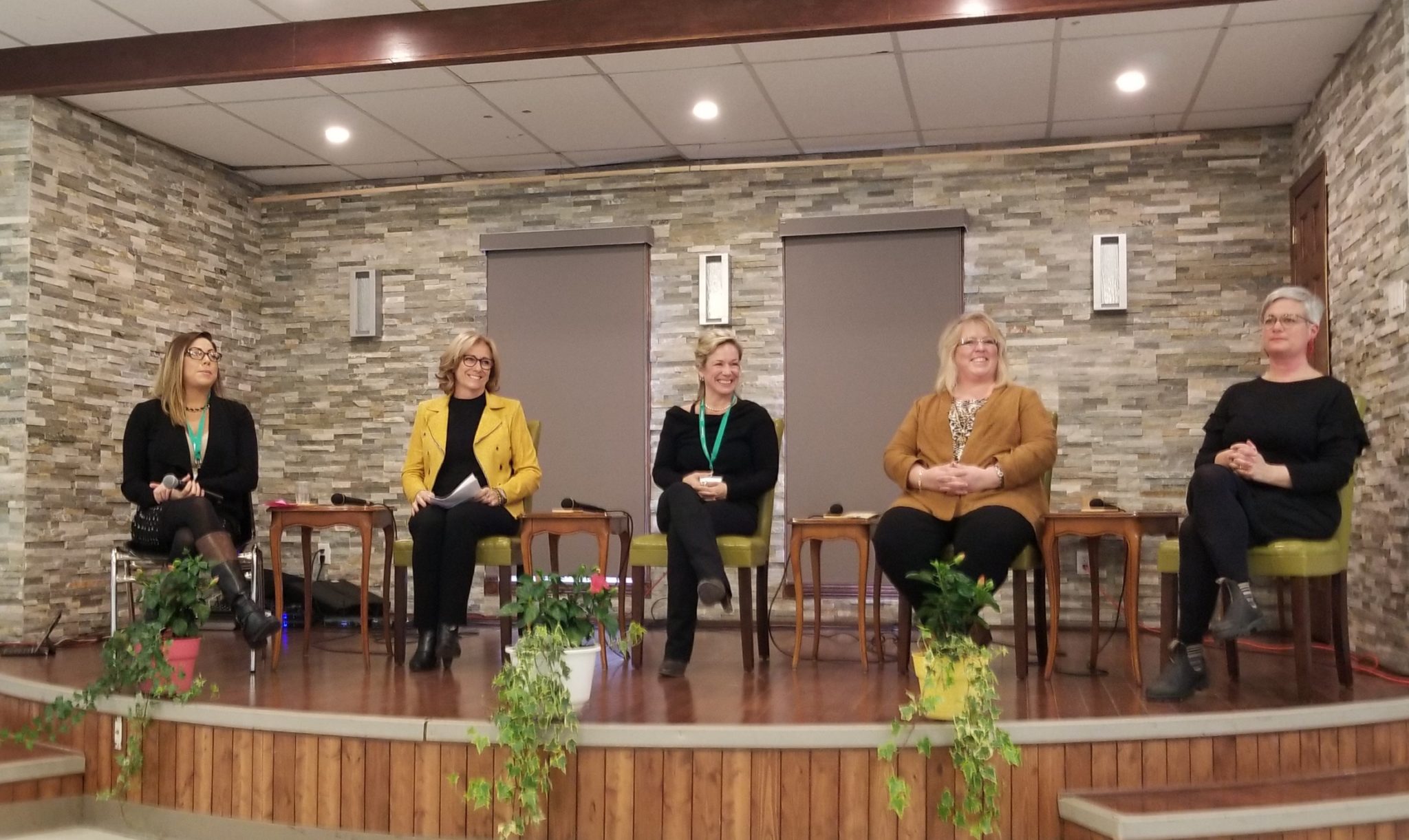 There was a collective gasp at the first Business Sisters Conference in Alexandria when Roxanne Rollin, co-owner of QuadExpert in Clarence-Rockland, revealed that a number of years ago, her financing application was rejected. But that same application and identical paperwork was signed and approved when she sent her husband back with it.

Doreen Ashton Wagner was the organizer of the one-day event on November 3. She said that story and countless others contributed to a day of learning and sharing for women entrepreneurs from Alexandria and surrounding areas. The event was sold out, exceeding its target with 75 attendees from throughout Stormont Dundas and Glengarry and Prescott and Russell counties.

“I wanted to create something that would bring women together here, locally. We have a lot of women entrepreneurs close by, but they don’t always have opportunities to get together. There is some networking but it’s not always education-based,” said Ashton Wagner, owner of For Love and Business.

Sessions featured a variety of speakers and experts on financing, branding and marketing, social media, surviving hardship and overcoming adversity.

An important aspect of the event plan was peer-to-peer learning. “There was a realization that ‘I’m not alone’, that the fear or obstacles encountered are ‘not just me’. I also think there was a certain sense of empowerment,” said Ashton Wagner.

Ashton Wagner’s opinion is that women are still relatively new to entrepreneurship and she is pursuing a graduate degree to explore it. “We’re still the caregivers, we’re still doing more work around the house. So to what extent are those factors affecting our ability to create viable businesses that not only feed our family but create growth in our small town communities?”

A highlight of the event was a closing panel of trailblazer local women entrepreneurs, who each offered frank and personal stories about their own journeys.

During her remarks, Kylee Tarbell, Director and Economic Development Officer for the Department of Tehotiiennawakon at the Mohawk Council of Akwesasne, spoke passionately about the importance of having support, but also about collaboration.

Tarbell counselled the audience to stop seeing colleagues, or other similar businesses, as competition – but to instead, look for gaps where there may be opportunities to collaborate and even partner. She added that often, “It’s fear that gets in the way of success.”

Next year’s event is already set for Saturday, October 26, 2019, again in Alexandria. There may also be smaller, more targeted events and workshops throughout the year on specific topics of interest.