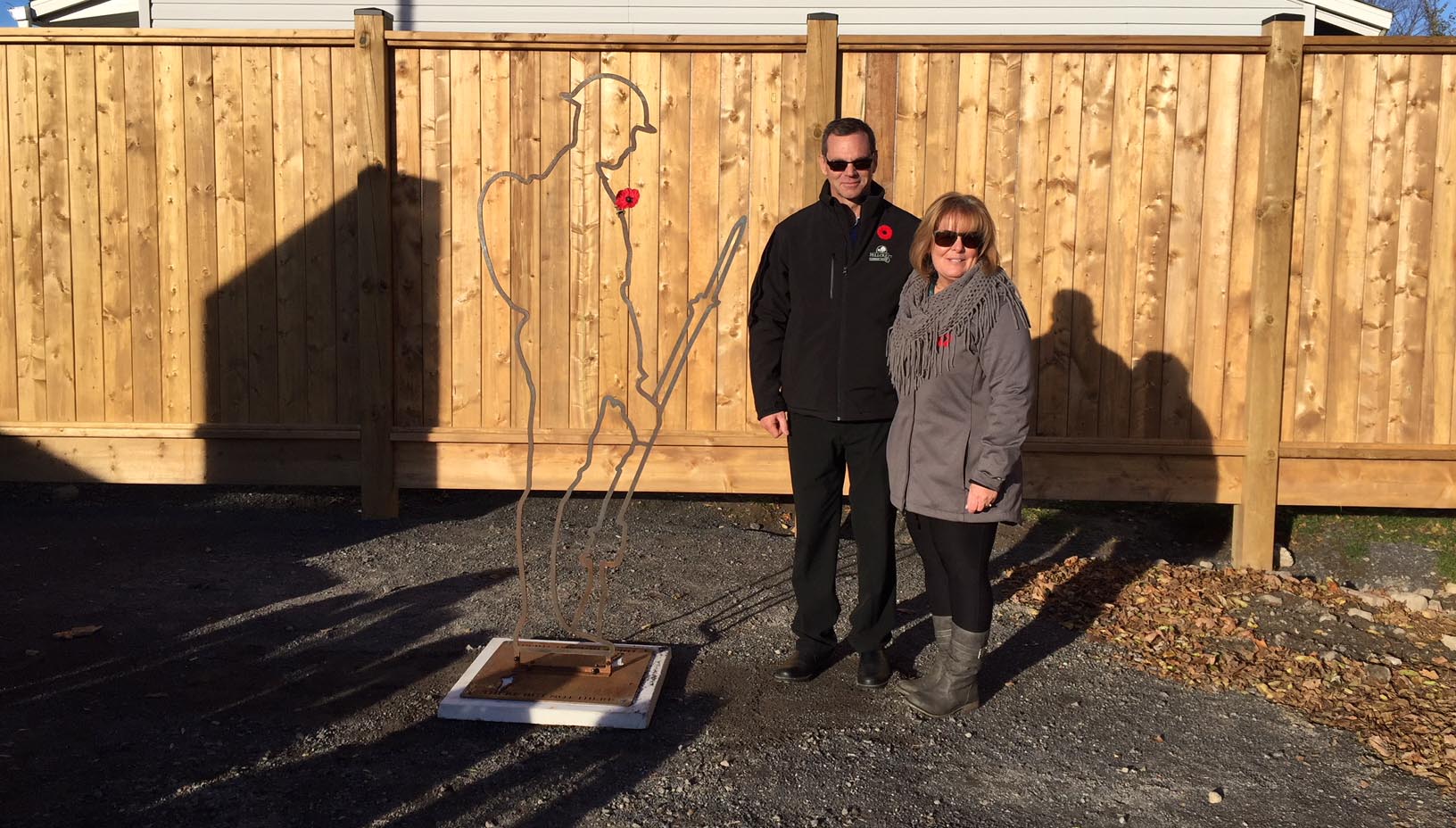 A soldier silhouette will be added to the new park on Main Street in Vankleek Hill, as part of the “There But Not There” 2018 Armistice Project. The silhouette will be donated to the township park by Mark and Lisa Henderson, owners of Hillcrest Funeral Home.

The purchase of silhouettes raises funds for True Patriot Love and the Invictus Games Foundations, which assist veterans across Canada. The project also aims to commemorate the fallen through installation of soldier silhouettes, to educate all generations about why soldiers made the ultimate sacrifice and to generate funds to help those suffering from the mental and physical wounds of their service.

Made from Cor-ten steel, the life-size soldier silhouette is built to rust naturally when exposed to the atmosphere. This should then provide a protective layer over the steel and create a dark patina. The soldier silhouette sits on a 500-mm x 500-mm base and weighs 14 kilograms.

The soldier silhouette will be in place for Vankleek Hill Remembrance Day services, which take place on Sunday, November 4 at 2 p.m.; the ceremonies will be place in the park beside the post office for the first time this year.

“These silhouettes are to ensure that we commemorate the fallen,” says Lisa Henderson. The project highlights the sacrifices made by so many and it is a campaign across Britain and other Commonwealth countries to return fallen soldiers to fill the spaces that have been left behind. The project bears the name, “There But Not There” for a reason, she said.

We have lost most of our World War I veterans and now, only a few World War II veterans are still with us. The monument is there, but we thought the silhouette was an additional reminder of all of those who fought for our freedom and in some cases, made the ultimate sacrifice,” said Mark Henderson. We are pleased that purchasing a soldier silhouette means that funds will be used to help heal those veterans suffering from PTSD (Post Traumatic Stress Disorder) and other lasting effects from combat.

The green space beside the Vankleek Hill post office was purchased by Champlain Township to create a park. Earlier this year, the veterans monument was relocated to the park from its previous location at Vankleek Hill Collegiate Institute.