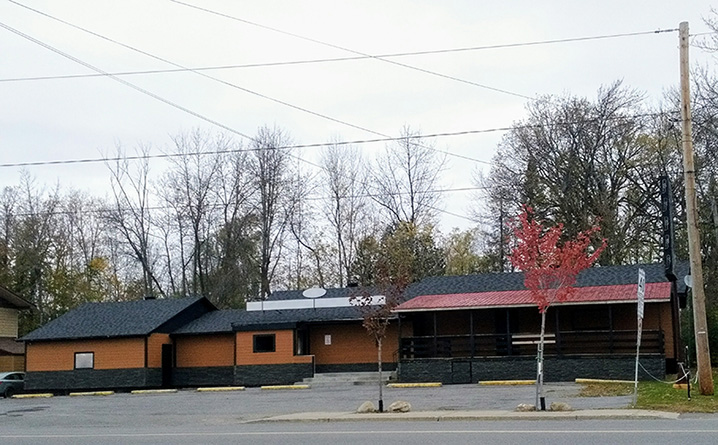 Grenville village council has made a move it hopes will help revitalize the centre of the community.  The village has purchased 424 rue Principale, which was better known as the home of the Le Cabaret strip bar.

According to village Director-General Alain Léveillé, the bar had closed in spring 2018 and council concluded the deal to purchase the building in September for $350,000.  The funds mostly came from the village treasury but $2,500 was borrowed from the Municipalité Régionale (MRC) du Comté d’Argenteuil to assist with additional costs associated with the purchase.  The owner of the building was a numbered company based in St-Eustache.  Léveillé said council’s decision to purchase the building was unanimous.

Léveillé said council’s decision resulted from a desire to revitalize Grenville’s main street and deal with some of the social and criminal problems sometimes associated with strip bars.  A news release from the village refers to reports from the Sûreté du Québec and other police forces across Canada that link establishments of a sexual character with organized crime, sexual exploitation of minors, prostitution, drug trafficking, and violence.  Léveillé said the village’s purchase of the building will help maintain an acceptable level of security in the community.  Grenville council also wanted to show respect for women by eliminating the opportunity for an establishment that is often associated with sexual degradation or exploitation of vulnerable people to operate in the community.  The move to shut down such facilities also fits in with the MRC d’Argenteuil’s 2016-2019 program of preventing criminal activity in the region.

According to Grenville village mayor Luc Grondin, the purchase is a major step towards improving the image and appearance of an important part of the community.

“This transaction is of paramount importance for the revitalization of rue Principale. For several decades, this building has housed a type of business that our community, which is the gateway to the MRC d’Argenteuil and the province of Québec, could not be proud of. This environment was in opposition to the strategic orientations of the municipality and the values it advocates,” said Grondin.  The building is located near the intersection of rue Principale and rue Maple/Route 344, at the end of the Long Sault Bridge that connects to Hawkesbury.

The village plans to resell the property for use as retail or commercial space.  Léveillé said there is a “100 per cent chance” the site will not be used as a strip bar again.  In recent months, the village has been working with the economic development service branch of the MRC d’Argenteuil to help determine possible new uses and attract entrepreneurs who would be interested in locating their businesses there.