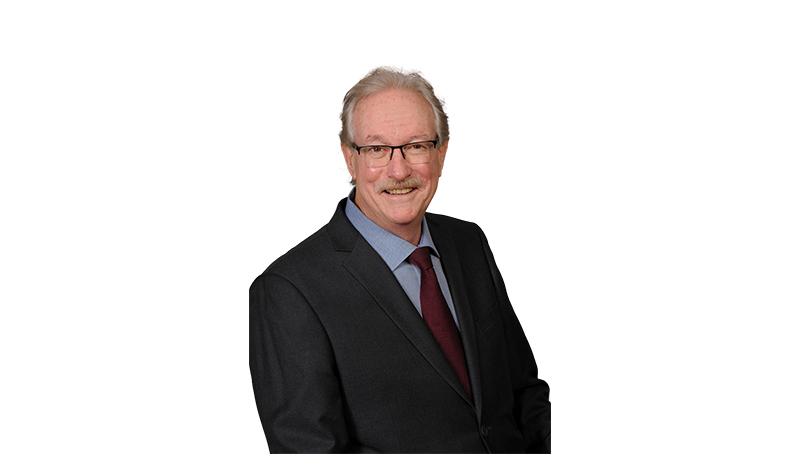 Brian Caddell says that it is his experience as a Lochiel ward councillor which has inspired him to run for Deputy-Mayor of North Glengarry.

Caddell thinks that there are times when overspending on projects seems to be a given in the municipal world and that is something he wants to change.

“Sometimes, I feel like I am the only one voting against additional work,” says Caddell. When you are first elected as a councillor, you do hold back — to see how things are done, but after that, Caddell says, you are ready to get involved. Referencing Ontario Premier Doug Ford’s move to reduce the number of councillors for the City of Toronto, Caddell pointed out that North Glengarry is the only municipality in Stormont, Dundas and Glengarry with seven councillors.

“We’re voting on the ward system,” Caddell pointed out. Should residents have councillors representing their wards or should councillors be elected at large? He says that while some may be worried about their representation at the council table, perhaps the philosophy of councillors should be to represent everyone equally.

(Currently, the mayor, deputy mayor and one councillor at large are selected by eligible North Glengarry voters.

Residents in the wards of Alexandria, Kenyon, Lochiel and Maxville vote for their representative.

A referendum question on October 22 (municipal election day) will ask voters whether the township should eliminate the ward voting system and instead, elect all of its councillors at large.

At least half of all eligible voters in North Glengarry must vote in order to make the decision binding. Voter turnout for the last municipal election was only 37 per cent. If voters do decide to eliminate the ward system, the change would not come into effect until the 2022 municipal election. )

“We have to be realistic and fair,” Caddell says, adding that wards should not be competing to each receive the same benefits.

“I think we really need to watch spending. People are too ready to take on debt on behalf of the people,” Caddell says.

Potential for municipal growth lies in the food industry — local food, agriculture and craft breweries are all part of the mix that he sees as a path for the future of North Glengarry.

“There is tremendous potential there, said Caddell, referring to one example of a vertical agriculture company that is coming to Alexandria and bringing with it, 40 to 50 local jobs. Likewise, craft breweries are booming and are an important element of local tourism, he says, plus, there is the added prospect of bus tours and increased tourism. Millenials are looking for experiences, he says and that often centres around food and drink.

A lot of things are possible when the community spirit is there, says Caddell, mentioning the $50,000 raised in the community to refurbish the “Grotto” and all without effect on local taxes. People get together every Wednesday evening for concerts there, he pointed out.

“We spend hundreds of thousands in our arenas, but we could really use a performance space in our community,” he said, so that concerts could take place year-round.

While careful spending is definitely part of his campaign agenda, Caddell says there are rewards that go along with being a councillor — such as helping people solve problems.

Caddell says he knows that some cost over-runs for the $30-million Maxville water project were unavoidable, such as repairs to collapsed pipes discovered once the project was underway. But he does question some change-orders which were unplanned, such as a $500,000, 100-metre extension on Anderson Street, which was not originally part of the plan. The entire project is about $1 million over-budget at the 60-per-cent completion point.

Caddell is a retired high school teacher, having taught at Glengarry District High School. He has been on numerous community committees and fundraising events.

You can contact Brian Caddell by email at: [email protected]