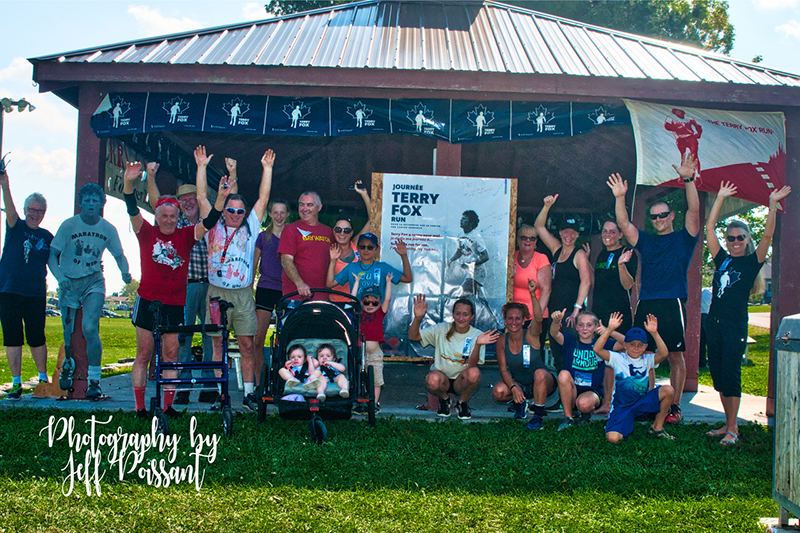 Participating in the Terry Fox Run recently was not a training session, just a 5 ½ -km walker run for Terry Fox.

Having fun and helping out. Robert Hardy’s first Terry Fox Run was in 2001 when he created the 120-km Bicycle Challenge. At that time there were only four participants.

Hardy writes, “In 2009 I had my hip replaced and returned in 2010 with a 50-km Bicycle Challenge. Since that time the bicycle group has grown.

In 2012 I  had the blood clot on my intestine, three surgeries and three months in hospital and lost my balance and in 2013 retired the bike and created  “The Wobbly Walker Walk-a-Thon”

This was my first time back in a while because Terry Fox days and race days became the same.  Hopefully, in 2019, Terry Fox will fall on a day when I’m not racing. Last year I tried to make it back from Ottawa after the half marathon Army Run to race my walker for Terry Fox and it didn’t work.”