For Robert Lefebvre, a seat at the council table is just a continuation of a lifetime working in the municipal world 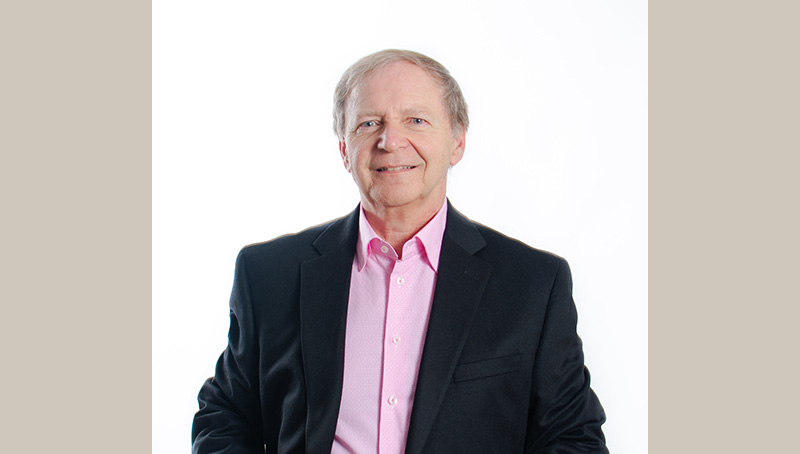 “It’s what I’ve done all my life,” says Lefebvre, simply. He is not one to talk much about himself, but get him started on municipal affairs and he has lots to say.

“The municipal world is what I know and what I love,” said Lefebvre in an interview with The Review recently.

Lefebvre had retired eight few years ago after decades as a municipal clerk-treasurer, ending his career as the chief administrative officer of Champlain Township. Since retiring, he has continued working as the part-time recycling coordinator for the three municipalities which are part of a group (the Town of Hawkesbury, the Township of East Hawkebury and Champlain Township). He has also worked for the Ontario Clean Water Agency part-time on a contract basis and done other work since retirement, including volunteering at the Hawkesbury Food Bank. He was also involved with emergency management for the Town of Hawkesbury when a break caused the temporary shut-down of the Hawkesbury Water Treatment Plant, which led to a boil-water advisory being issued for residents of Hawkesbury, Vankleek Hill, L’Orignal and all those served by Hawkesbury drinking water. He said that recently, he was on hand to assist after the large fire on Regent Street.

“I had told myself that I would make time to volunteer when I retired. And I think I did that,” said Lefebvre, who was well-known for working long hours in his role as CAO of Champlain Township.

But it wasn’t until he did a stint at the Township of East Hawkesbury, helping to get things back on track after the municipality had released its clerk-treasurer, that he felt the urge to get involved in municipal politics.

“Being back at work in East Hawkesbury for a few months kind of reawakened my interest,” said Lefebvre.

Lefebvre believes in what he calls an “open book policy”, saying that transparency is necessary for municipalities.

“I have never been afraid to give people the information they are looking for. It is what it is,” said Lefebvre.

He acknowledges that municipalities have always been criticized for high taxes. What is important to Lefebvre is that people receive reasonable services in exchange for their taxes, which is part of good government.

Creating a quality of life, access to education and culture and recreation, along with a capacity for expansion is good government, he points out.

Bringing new businesses and new employment opportunities to Hawkesbury is important to Lefebvre, but he says that the municipality has to target its market when it tries to recruit businesses.

“Everyone says they are going to bring more jobs . . . but how do you do that?”

Lefebvre contends that the federal and provincial governments could do more to help this region.

“They help the major urban municipalities . . . but given the geography of Hawkesbury, we are competing with two major cities. The urban residents are taxpayers, but we are taxpayers, too. They (higher levels of government) could help us on Main Street — we are in the National Capital area and we’re alone. There should be help for us,” Lefebvre commented.

Whether or not he is elected, Lefebvre wants to continue his volunteer work (he also volunteers at the hospital).

We asked him about the stalemate between the Town of Hawkesbury and Champlain Township related to having water and sewage services provided to township land on the south side of Highway 17.

“I think that there has to be a compromise. With even the best agreement, no one will be completely happy,” said Lefebvre, who added that there might be a way to end the stalemate, with a cost assessment on Hawkesbury’s part, and perhaps some kind of phasing-in agreement or progressive plan.

“People are entrenched in their own ideas. We need to come up with something progressive, something for the future,” Lefebvre said.

But he is adamant about Hawkesbury realizing what it is, and what it isn’t and what it will never be. Yet, there is still a lot of work to be done. One thing he wants to see is public input about the Christ-Roi property.

That Ecolomondo — a company which extracts the carbon from used tires using new technology — is coming to Hawkesbury is fun to see, he says. His wife, Johanne Portelance, was involved with the previous council to bring this company to Hawkesbury. But after two terms in office, she is stepping away from politics.

“I am campaigning as me,” says Lefebvre, who says his wife is not accompanying him as he goes door to door, nor is she campaigning on his behalf.

“I have spent a lot of time in front of the council table, making presentations. I am hoping that it is my time to be at the table. It is an interesting election, with 15 people running for council seats. I really encourage everyone to vote,” he ended.

It takes time to make things happen, but Lefebvre said that progress is what motivates him.

“At the end of the day, you want to look back and know that you were part of a good decision that made a difference,” Lefebvre said.