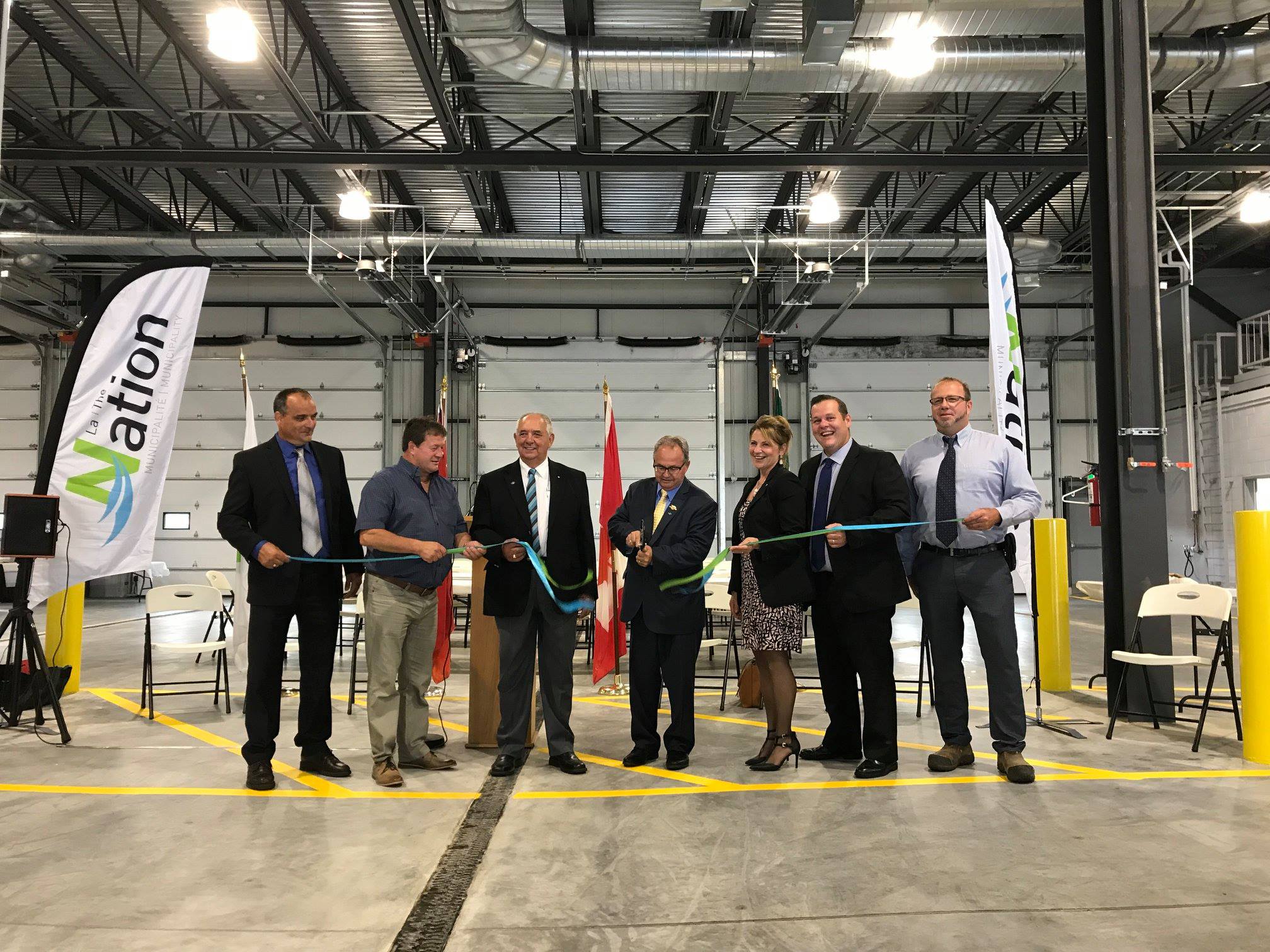 There’s a new place to park municipal snowplows and graders in La Nation.  On September 21, the municipality’s new garage in Limoges was officially opened.

Construction of the Pommainville Road facility began in June 2017.  It was part of an effort by the municipality to consolidate and centralize the public works, water, sewer, and environment departments.

Public Works Director Marc Legault said $3.1 million was budgeted for the garage project and that things are very close to being on budget, but they will have a better idea of the financial situation closer to the end of the year.

The municipality is dividing the land into two-acre lots that will be sold to businesses.  Marc Legault said interested buyers can have the two-acre parcels divided into one acre if they need less land.  Buyers can also purchase more than one two-acre parcel and merge them together if they need more land.

The properties in the new commercial/industrial area will be for sale during the month ahead, according to Legault.  He said the price of them is still not determined but noted the municipality generally does not sell commercial or industrial land to make a profit, but rather as a way of attracting more businesses which broaden the tax base.  Legault said the cost of developing the subdivision infrastructure, which includes building roads and providing utilities, will affect the price of the land.