Awaken your sense of astonishment and wonder at Miraculum: Sleight of Mind; a new production by Majinx 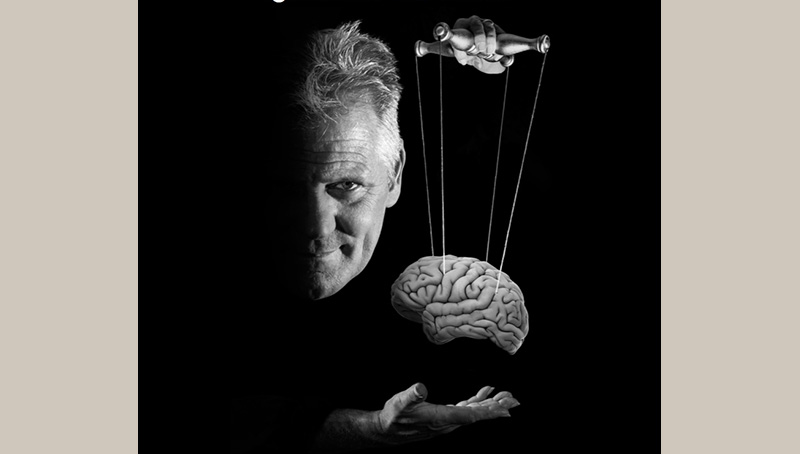 Master magicians Lawrence Larouche and Cynthia Martin have something new up their sleeve. And don’t they always? They are magicians, after all.

But their new show promises to take the audience in a new direction. Known as Majinx, Larouche and Martin’s new production will invite the audience into the unfathomable regions of the human mind. Miraculum: Sleight of Mind.

Imagine sitting in a room with a man who can pluck your thoughts out of your head like rabbits out of a hat. As members of the audience partake in the vast array of parapsychological experiments, they become more and more like mesmerized children playing in the magician’s back yard. That’s how Lawrence Larouche describes the audience experience.

Larouche is clearly excited about this new direction. “Miraculum will awaken something within all of us that has been inadvertently left behind on the way to adulthood: the sense of astonishment and wonder.”

But wait. There’s more. To pique your interest in this new show, Larouche will attempt to predict the future. Yes, you heard right. Larouche will attempt to predict the headlines of an internationally-recognized newspaper one month before it is published. Larouche will seal his prediction inside an envelope which will be signed by Champlain Township Mayor Gary Barton, Dana Johnston and Review publisher Louise Sproule and the envelope will be locked in a transparent case and kept on display in the front window of the offices of The Review until show night, October 20 at 7 p.m.

It will be transported by Sproule to the location of the show (Zudio at 144 High Street) and opened in front of a live audience. Only then will the audience discover how accurate Larouche’s predictions are.

Larouche and Martin are looking forward to exploring what they refer to as a fascinating genre of the mystery arts. Mentalism tends to set itself apart from other magical performance styles in that there are many aspects of it that are still quite plausible in the general public’s eye, says Larouche.

“We have all experienced an eerie moment when we just knew that something bad was going to happen or received a phone call from someone we were just thinking of,” says Larouche, who attributes most of these events in our life to our intuition.

“Most of us have been brought up with the idea that we have only five senses, when in fact, science has revealed that we actually have as many as 21 different senses working together to weave a web of awareness in the world around us. We know more than we think we know. The problem is quieting the constant chaos that makes it hard to listen to those subtle signals that our body is trying to send us,” explains Larouche.

“As performers, we can have lots of fun with the abilities of the mind and we plant to share some of these remarkable experiences with our Vankleek Hill fans. It promises to be an exciting night of psychological adventures and supernatural stunts that will blow the audience away,” says Larouche.

“The research on mentalism is outrageously fascinating,” confirms Larouche, who has been reading about psychics and how they work.

“It is all entertainment, though,” reminds Larouche. In the past, he mentions that some mentalists were hunted down because of their reputed ability to tell the future.

“There is an element of the impossible about it all,” admits Larouche. But somehow, listening to Larouche, one does get that idea that all, after all, is indeed possible.

You can judge for yourself and see if Larouche is able to correctly predict the daily newspaper’s headline one month ahead of time.

Tickets for the limited-seating show are available online from Eventbrite or at The Review offices at 76 Main Street East in Vankleek Hill.