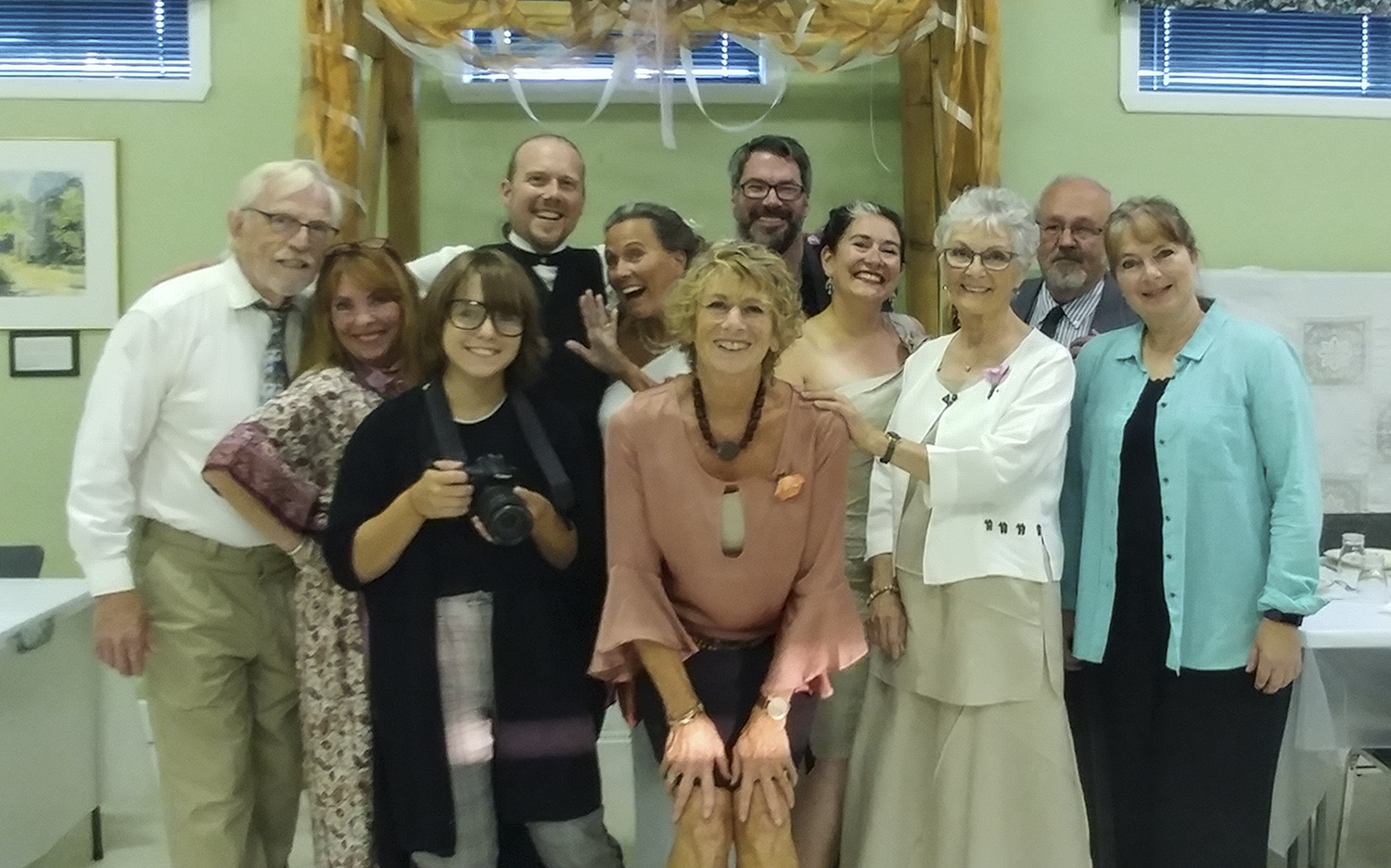 Cast of Wedding on the Hill Saturday, Sept. 15th

On Saturday evening, September 15, Arbor Gallery Cultural Centre presented its third murder mystery dinner theatre to a sold-out crowd of 95 people.  The fun began as soon as the guests began to arrive at 6:15 pm at the Anglican Church Hall in Vankleek Hill. They were greeted by the parents of the bride and groom (Dana Johnston, Stuart Robertson, Nick Goursky, and Lorie Turpin) and the best man and maid of honor (Melanie Goudreau-Lacelle and Martin Lacelle).  While some were a little confused, most found it totally entertaining to discover they had suddenly become another character in the Wedding on the Hill cast.  By the time dinner was served, the tensions between the bride (Alison Logee) and her mother were already apparent, as were the harsh feelings between the two mothers, and the wedding planner, Amber Rose (Reenie Marx) and the mother of the bride. While taking care to keep the “characters” anonymous, the script was laced with references to local people and places. There was the mother of the groom who was a yoga teacher, the maid of honor who taught zumba, the mother of the bride who owned the local newspaper, the groom (Thaila Riden) who owned the local tavern with off-track betting, and the best man who owned the town funeral home.  Two newcomers to the seasoned cast were Pat Roy, who played Detective Vanna Hill to perfection, and Denise, the precocious young photographer, played by Nora Dawood.  The wedding guests themselves were active participants in solving the murder.  At the end, as the bride was led off in handcuffs, the audience rose and gave the cast a huge round of applause.