Tim Hortons to be built next to Foodland 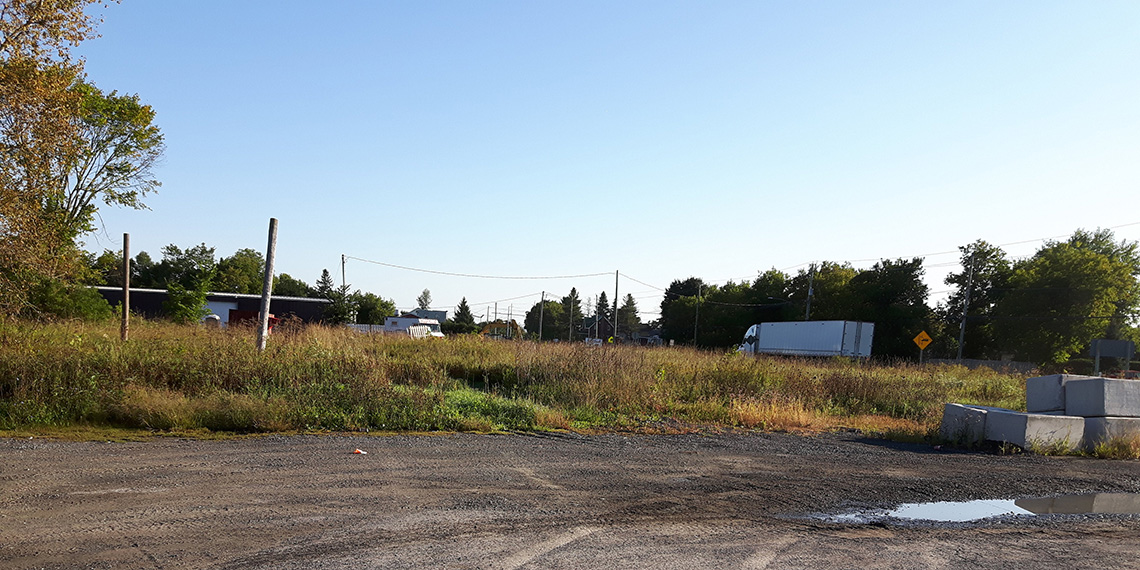 This vacant lot north of Foodland on the west side of Highway 34, will soon be home to a new Foodland. Beyond, Howes Farm Equipment will relocate there from its current location at the corner of Perreault Street and Highway 34 in Vankleek Hill.

Discussions are underway about the highway access for the Tim Hortons which will be built north of Foodland on a vacant lot. At a regular council meeting on September 11, Champlain Township Mayor Gary Barton said that a meeting had taken place earlier that afternoon to discuss the busy portion of Highway 34 at the north end of Vankleek Hill.

Barton said that there may be future consideration of installing a sidewalk there, as he has noted a lot of high school students walking from the school to Foodland, as well as other pedestrians who have to walk along the side of the road to get to the grocery story. Barton said that the township is asking the Ministry of Transportation to meet with them to discuss options. The new Tim Hortons will have a drive-thru, Barton confirmed.

Barton also said that Howes Farm Equipment had purchased the building just north of the vacant lot where Milkovic has operated a repair shop for many years.

Kim Howes, who is a partner/owner of Howes Farm Equipment along with her father, Lyman and her brother, Kenny, said that the move is slated for the beginning of November.

“It was time for us to move to a bigger space and it just fell into place,” said Kim. Their offices will be relocated across the street and the company is taking over the entire building, although the equipment yard will continue to be located at 5408 and 5430 Highway 34 (further north).

“Since we purchased here, (the former Coons Farm Supply location at the corner of Perreault Street and Highway 34), we knew that our entrance onto Highway 34 might change, so this move will be great for us,” Kim added.

She says that something should be done about the traffic at the busy corner, where the entrance to Foodland and Perreault Street can create problems. She calls it a “horrible” corner.

It’s a bad spot  . . . that whole corner. There are horns honking and people slamming on their brakes every five minutes,” said Kim, who, in their location right on the busy corner, sees a lot of close calls.

At the council meeting, Barton held much the same view.

“It’s just my opinion, but I think we should put a traffic light at Perreault Street (and Highway 34),” Barton said at the meeting.

The new location currently houses the Milkovic repair shop and Bark Hill Pet Services & Grooming. An auction is slated for September 29, beginning at 9 a.m., at the Milkovic location at 5560 Highway 34.

The Review contacted Bark Hill Pet Services & Grooming and is waiting for information about its new location.