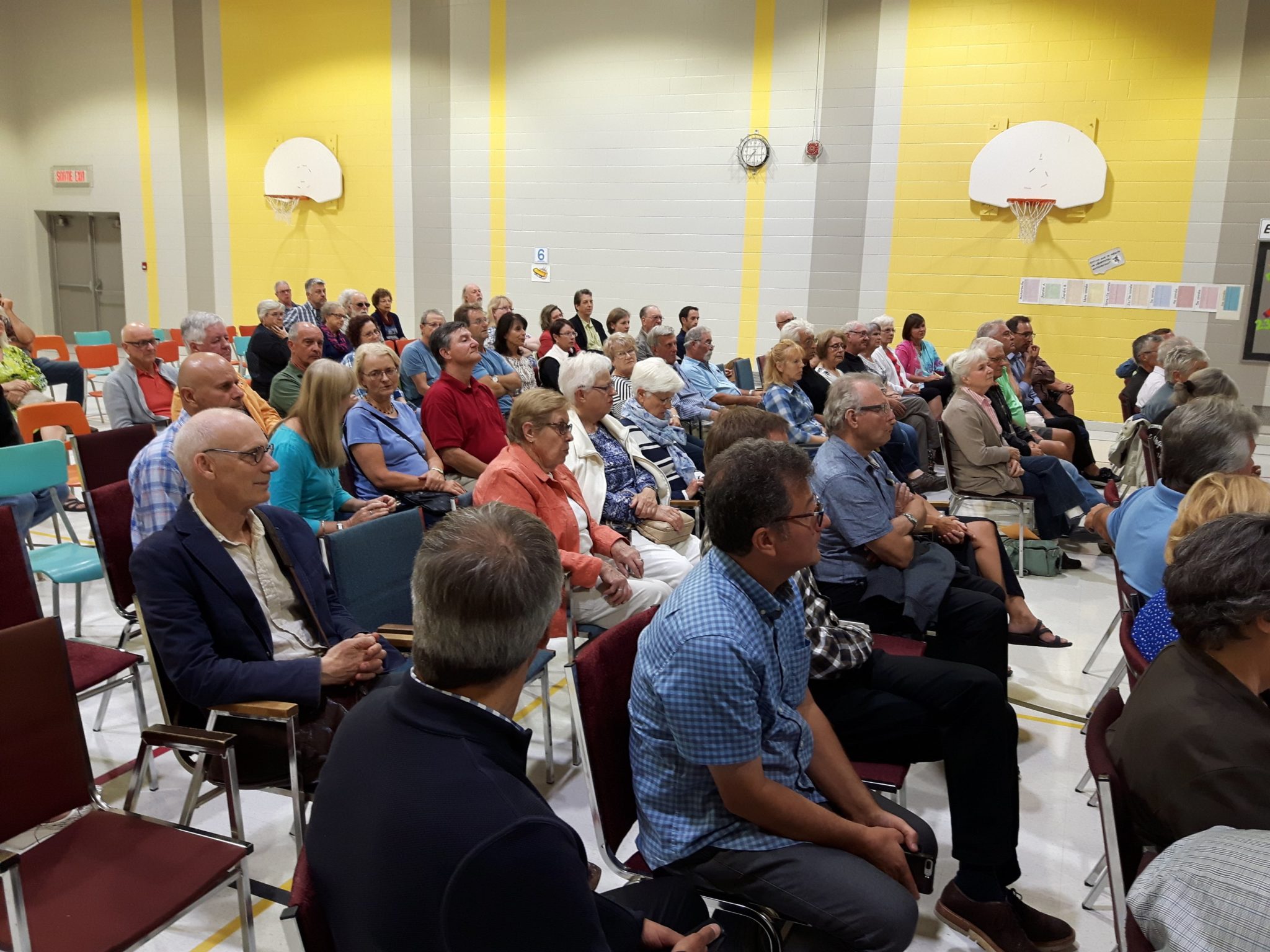 Action Champlain supporters originally thought they were going to hear about the upcoming OMB hearing. But word circulated quickly earlier that day, advising that the OMB hearing, set to begin September 4, had been postponed indefinitely. Photo: Louise Sproule

Action Champlain, a citizens group  against a proposed cement plant, had scheduled a meeting at École St-Jean-Baptiste in L’Orignal last night (August 30) to update its members on the upcoming Ontario Municipal Board hearing. That hearing, set to begin on September 4, was to take 24 days and would hear Action Champlain’s appeal against the United Counties of Prescott-Russell’s approval of a zoning change which would allow the proposed Colacem cement plant to proceed. Likewise, Colacem’s appeal of Champlain Township’s decision to not approve the zoning change was to be heard at the same time. Construction of the plant is slated for property along Highway 17, near L’Orignal.

For the past year, all parties involved with the cement plant hearing have been preparing to present their case to the Ontario Municipal Board. Action Champlain has raised about $370,000 in the past year and half to finance experts and present its case.

But the parties involved received a letter yesterday saying the hearing has been delayed with no future dates in sight.

This year, legislative changes eliminated the Ontario Municipal Board, replacing it with the Local Planning Appeal Tribunal. But since the appeals related to the cement plant were filed before the change, they will be heard before the OMB.  Vice-Chair Richard Makuch was to preside at the hearing. But, a “sudden and unforeseen personal circumstance,” has left Makuch unable to be present. No other bilingual member is available for the five-week hearing.

In an email, Michael Santella said Action Champlain was “disappointed as we are well-prepared,” and called the process “a constant source of stress for our actions group and for our concerned citizens.”

“Meanwhile, the positive side of this is that their will be no cement plant in the near future,” he added. “We can continue to raise contributions to enable us to reach our goal.”

At the August 30 meeting, Action Champlain spokesperson André Chabot addressed the crowd in attendance and encouraged everyone to remain positive. 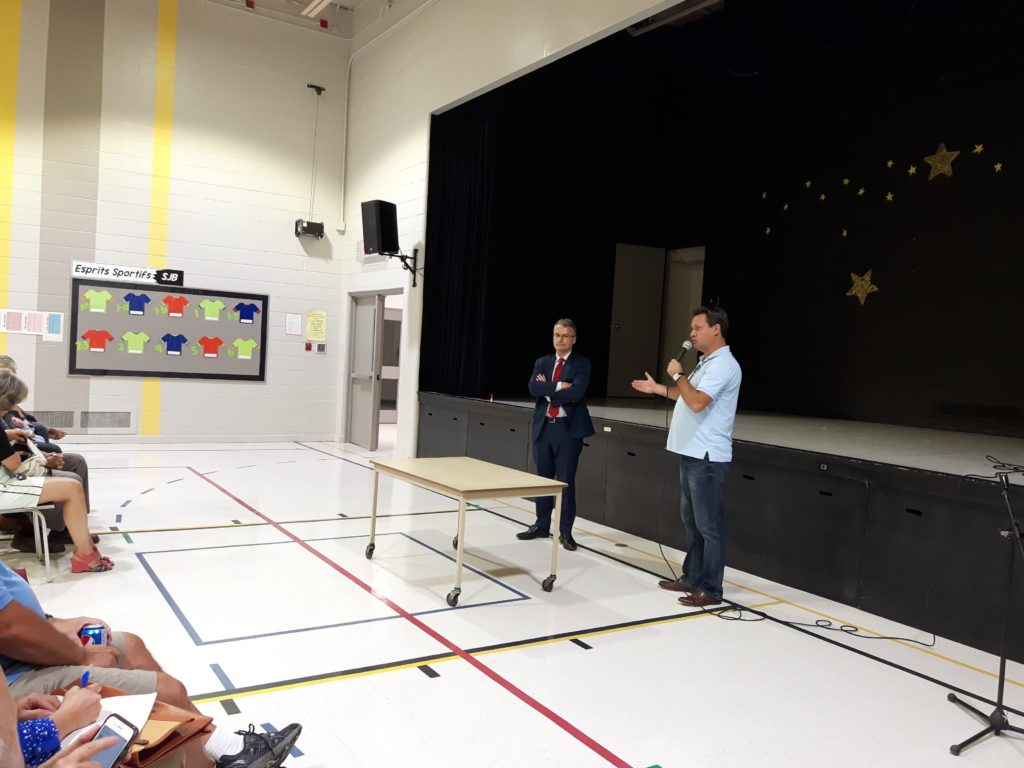 “Share the word,” was Chabot’s message. Audience members discussed a sign campaign, writing letters to newspapers and continuing to talk to people about the cement plant.

“Twelve people have been meeting every Tuesday to prepare for this (the OMB hearing),” noted Chabot.  But he said the delay was just more time to prepare and to raise more funds. He mentioned two recent concerts – one at which William Deslauriers performed in Hawkesbury and a L’Orignal Acoustic Barn Concert, organized by Patrick Lalonde, which together, raised about $11,000. Another member organized a garage sale and raised $3,000, Chabot said. Another volunteer organized a dinner and raised $10,000, Chabot continued.

“When I got involved, I said I would ask people to contribute, based on the value of their homes. But I wasn’t going to do events. But now, we’re doing them, because people have come forward and offered to help,” Chabot said.

“We had people there who maybe have not been involved before, and that’s good for us,” Chabot said.

Pierre Simard encouraged the crowd to keep the issue top-of-mind.

“I have a little card at home that reminds me every day. It says, “I am against the cement plant.” People need to keep reminding themselves, Simard said.

“Put a sign in front of your house,” encouraged Simard.

Legal counsel Gabriel Poliquin was on hand to answer questions about the process, but he also told citizens to express themselves.

“The OMB needs to know how people feel about the issue,” he said.

“Almost everyone here has gray hair. Where are the parents? We are doing all this for these little guys,” said Clouston, pointing to a parent holding a child.

“We need to find the energy to go into the schools. We are doing this for the children,” Clouston said.

Over the past year and a half, the citizens group has raised about $370,000 to fight the cement plant—with $50,000 coming from Champlain township earlier this year.

Louis Prévost, the UCPR’s director of forestry and planning, said things were “on hold” at the moment.