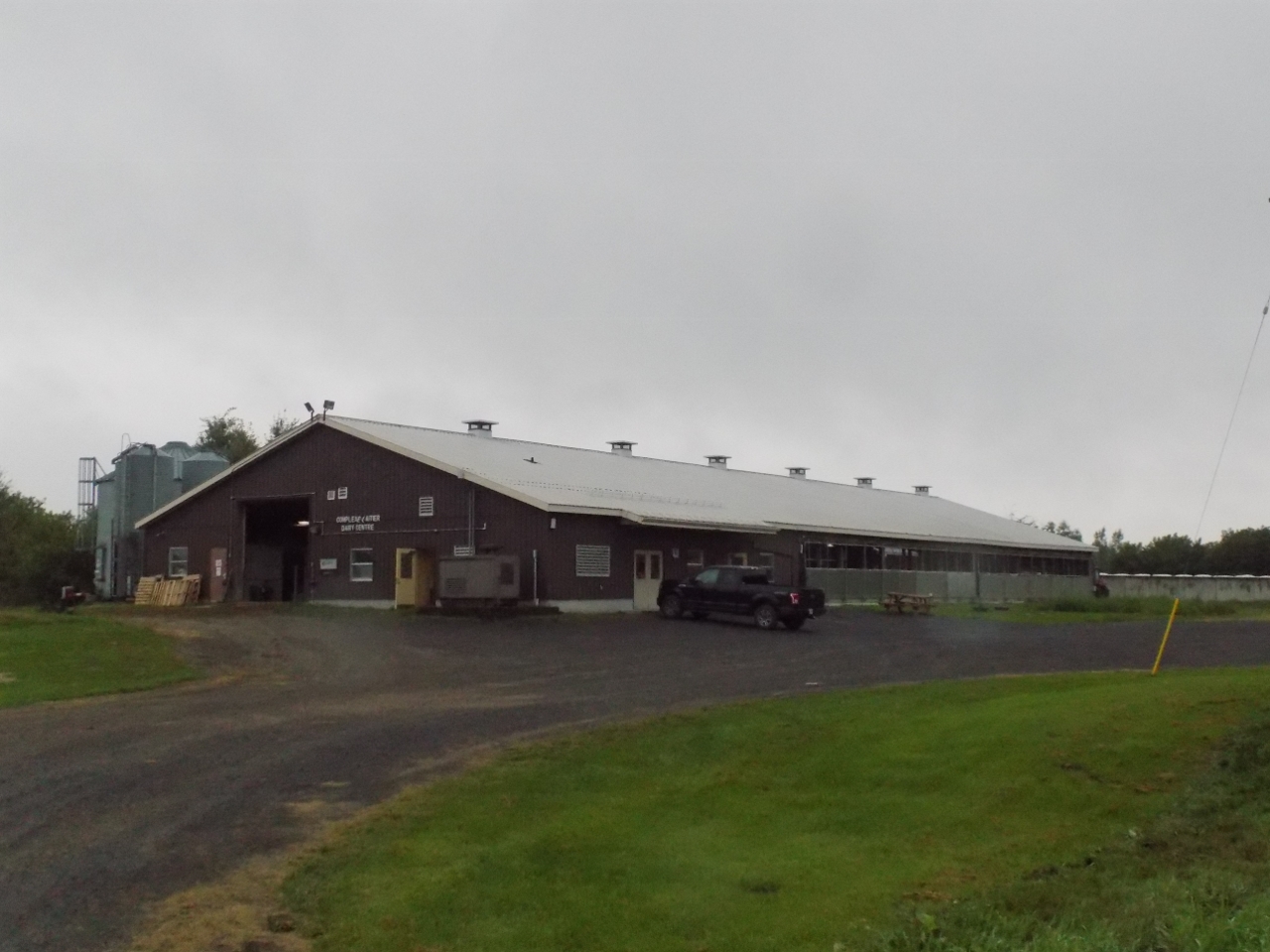 The Collège d’Alfred campus has a future, but it still isn’t exactly clear what that future will hold.  In 2014, the University of Guelph-Ontario Agricultural College, which had operated the facility for the Ontario Ministry of Agriculture, Food, and Rural Affairs (OMAFRA), announced it would no longer provide programs at the facility.  Alfred was the only French-language agricultural college in Ontario.  The English-language agricultural college in Kemptville was also closed at the same time.  OMAFRA still maintains a resource office at the Alfred site.

Since 2014, agricultural education programs have continued to be offered at Alfred, but under the direction of La Cité, the Ottawa-based francophone community college.  The farm portion, also known as the Lower Campus, was purchased from the provincial government by the Union des cultivateurs franco-ontariens (UCFO) in 2014.  The UCFO has its office there and it’s also the site of the Ferme d’éducation et de recherche du campus d’Alfred (FERCA), which gets used for specialized organic and dairy production.  Geneviève Souligny, the Communications Director for the UCFO said FERCA has a partnership with La Cité so its students can also use the facility for their studies, but she said the status of the Upper Campus remains “complicated.”

That “complicated” part is a plan for the Upper Campus that has been in place since late in 2016.  The Prescott-Russell Community Development Corporation, UCFO, Prescott-Russell Entrepreneurial Academy, Collège La Cité, and the United Counties of Prescott and Russell were named in a report suggesting the facility be turned into a community hub and “Centre for Innovation and Transformation in Agriculture” (CITA).  It would require $5.5 million in funding to get going; something that members of United Counties’ Council and local mayors were reluctant to provide from local taxpayers.  The plan also counts on provincial and federal funding.  The proponents hoped to have the new facility financially self-sufficient within five years of opening.

According to John Candie, the Executive Director of the Prescott-Russell Community Development Corporation (PRCDC), that agency and the other partners submitted the only plan for a future use of the campus.  The redevelopment proposal was submitted to the provincial Community Hubs Office and the Ministry of Infrastructure in 2017.  Candie said the intent of CITA was to establish a “community hub, integrated business services through and incubator/accelerator, agri-food transformation centre, and an education and experiential learning centre.”  After the proposal was submitted, the provincial government created a task force composed of people from the PRCDC, various ministries, and Collège La Cité to decide what needed to be done next.  On May 8, 2018, the task force met in Ottawa and a suggestion was made to apply for provincial funding to further revamp the proposal.  The PRCDC submitted the application, but then the provincial election campaign began, and that put a stop on all new applications and funding.  Then, the government changed and that’s affected things further.  Candie said any funding under the Ford government is frozen until it releases its first budget in 2019.  “So, we are currently waiting for direction from the new ministers and ministries of the Province of Ontario as well as our newly-elected MPP,” said Candie.

That new MPP is Amanda Simard.  The PC representative for Glengarry-Prescott-Russell indicated she’s interested in a strong future for the Collège d’Alfred campus.  “Agriculture plays an important role in our economic success and having this institution in Glengarry-Prescott-Russell is important for the industry, and for our vibrant francophone community as well,” Simard said in a statement, adding “I am already working with my colleagues and local stakeholders on how we can build this important community asset.”

Collège La Cité is hopeful for the future of the Alfred site.  “We believe it was important for the eastern (Ontario) population, the francophone population,” said Frédéric Thibault-Chabot, the Dean of Agri Food, Specialized Trades Centre, Technology, Arts and Communication.  The college’s Alfred operations are known as the Agri-food Training and Research Institute.  The focus of the courses is on animal and fruit and vegetable nutrition, and agriculture company management.  Thibault-Chabot says they want to expand the courses and programs offered at Alfred, and the CITA plan would make it easier to do.  “We believe that would be great,” he said.

If the CITA plan for the Alfred campus is unsuccessful, La Cité plans to continue offering French-language agricultural and agri-food programs in Eastern Ontario.  Thibault-Chabot said one of their efforts is to have students taking courses more embedded with employers in various agricultural establishments instead of in the classroom.  He said they have partnerships with FERCA and Co-Op Embrun which emphasize that.  “We think it makes it more interesting for the students,” he said.