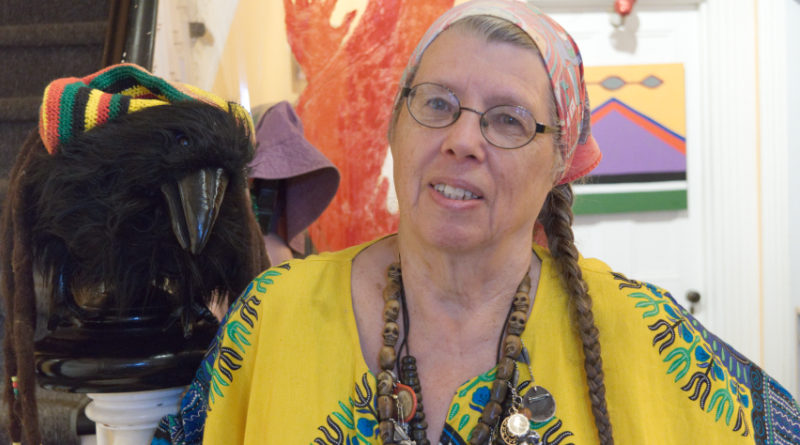 Susan Jephcott's latest exhibit will grace the halls of Arbor Gallery from August 29 until September 30, 2018.

The exhibit, titled Onà : Ke, Canoes, etc., is quite appropriately named. Indeed, the paintings on display will all feature the canoe.

“The canoe is an international symbol of communication. It was invented before the wheel! The oldest canoe is currently in Holland, it’s 8,000 years old. The exhibit is all about canoes, communication and transcends to man and his invasion of the Earth; destroying the planet,” explained Jephcott.

Of course, the exhibit wasn’t conceived as such. The foundation was cast a little while ago, when Canada was in the midst of its 150-year celebration.

“I was asked to be part of this show, I believe it was called 150 Reasons to be Canadian. It grouped 150 local artists and was run by the Prescott Russell Arts Council (CAPRAC). I tend to react right away, so out of my head came the image of a canoe. Then, I thought: ‘This isn’t really a celebration, it was an invasion of someone else’s country and a lot of people died.”

Unbeknownst to her at the time and being an artist true to her nature, Jephcott went forward and created the first piece of what would become her next exhibit.

“I did a big red canoe representing the Europeans, because they turn red in the sun, and I had some semi-religious figures in the background. Underneath, I had a smaller purple canoe that represented the Haudenosaunee, the local Iroquois. When I showed this to Shanna [Steals] at CAPRAC, she said ‘Oh, it’s wonderful!’. She then asked about the size, 40 x 36, and said it was too big and couldn’t use it.”

Jephcott then proceeded to create another, smaller, piece.

“That’s what got the ball rolling! Since last summer, I’ve been wrapped up in canoes!”

The collection is indeed staggering and thought-provoking. Using the canoe as the main thread, Jephcott’s collection is both mesmerizing in its use of colour and thought provoking through its powerful symbolism.

When asked what she wished people will take away from the exhibit, Jephcott stated:

“I would like them to have respect for the planet and encourage every person to try and make it a better place in their own little way. One person can’t do it all, but maybe all of us together can do it; improve the environment and relationships with any and all cultures.”

Anyone interested in meeting the artist should visit the gallery on September 9, 2018, between 2 and 4 pm for the vernissage.