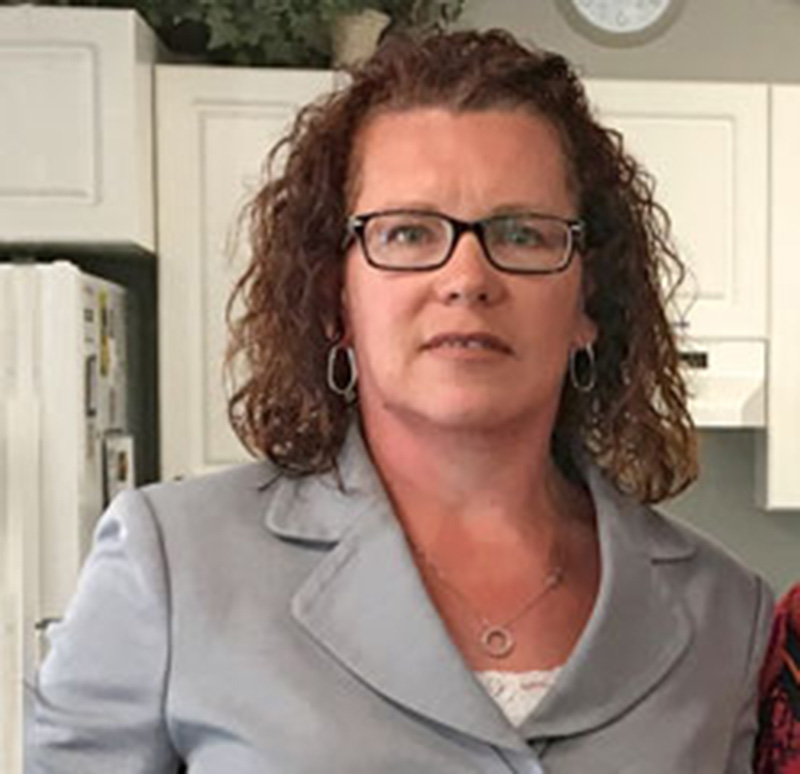 When a person with a mental health condition is arrested, it takes a different type of response from not only the police, but from the courts.  One local lawyer has realized that and pays special attention to mental health needs with her clients.  Lynn Bradley, who serves as the Duty Counsel for the Ontario Court of Justice in L’Orignal, was recently awarded the 2018 Earl Eaton Award of Distinction from the Champlain East branch of the Canadian Mental Health Association (CMHA) for her outstanding dedication to mental health.  A Duty Counsel is the lawyer who immediately attends to the legal needs of a person after they have been arrested and charged.  They work for Legal Aid Ontario and Lynn Bradley is the only full-time Duty Counsel in Prescott-Russell.  “I am the first person they meet, she said, describing her role as the gateway to the justice system for accused people.  It is her responsibility to get them through their first appearance before a judge, entering a guilty plea, and bail court before they get permanent representation through a lawyer they either hire or have assigned to them by Legal Aid Ontario.

Bradley said many of her clients are people with no previous records who are arrested due to isolated incidents resulting from mental health conditions.  Family members of people with mental health conditions that pose a danger to others or themselves often resort to the justice system after exhausting all other options said Bradley.  She uses the CMHA as a resource to get an idea to know what questions to ask clients and understand their conditions.  Those can range from actual diagnosed psychiatric disorders to substance abuse.  Bradley said she must build the confidence of her clients and get to know them.  She said the specific offences are often things like domestic assault, impaired driving, minor thefts like shoplifting, and violations of previous court orders.  She also consults with the Royal Ottawa Hospital on some of her cases.

According to Bradley, there are about 3,000 open cases right now in the United Counties of Prescott and Russell.  She said the large territory makes it a challenge for many accused people to have transportation to make it to court in L’Orignal.  If they fail to appear because they lack transportation, the judge issues a bench warrant and the police are sent to pick the person up, which results in them facing additional charges.

Lynn Bradley is originally from Vaudreuil but attended high school in Hawkesbury.  She was called to the bar in 1999 and has been with Legal Aid Ontario since 2001.  Her specialty as Duty Counsel is criminal and family law.  She said her familiarity with the region has made it easier to establish a professional relationship with some of her clients.