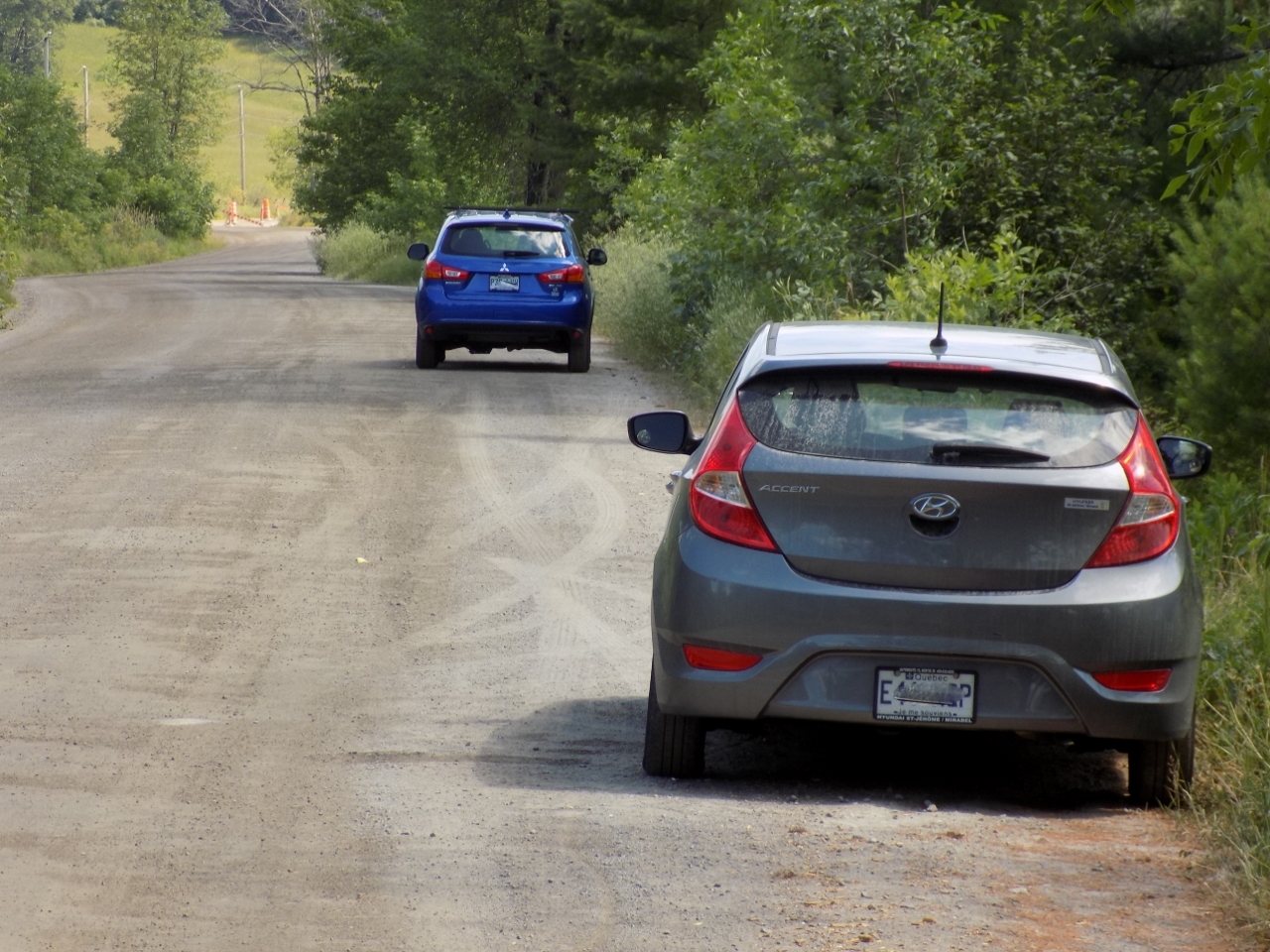 Grenville-sur-la-Rouge is cracking down on illegal riverside parking.  Concerns have been building recently about people parking their cars along Chemin de la Rivière Rouge, in order to access the Rouge River on private property.  The unofficial access points are also causing concerns about water safety and littering.  At a special meeting on July 19, council decided to hire Garda, a large private security company to do by-law enforcement work along the road and hand out parking tickets.  A Garda guard was seen patrolling the area and handing out tickets on the weekend of July 21-22.

Municipal Director General Marc Beaulieu had hinted in an earlier interview with The Review that private by-law enforcement was a possibility.  However, he was reluctant to disclose the cost of council’s decision due to it involving details of the contract the municipality had reached with Garda.  Beaulieu did say though that the costs will be offset from fine revenue. Garda will provide the service until the end of August.

Beaulieu said it was important to have extra enforcement in place at the start of Québec’s annual construction holiday when many workers take vacations and head to places like the Rouge River.

Beaulieu would not say how many security guards or vehicles Garda has provided for Grenville-sur-la-Rouge or how many tickets had been issued during the first weekend.  The Garda personnel are telling offenders who want to enjoy the Rouge to go and use the municipal Chutes des sept-soeurs park on Route 148 where a small fee is charged for daily parking, and 20 campsites are available.

“We’ve had some favourable comments,” Beaulieu said about the addition of extra enforcement, which is usually only handled by the Sûreté du Québec.  However, comments on the Grenville-sur-la-Rouge news Facebook page are mixed.  “Good try Garda, they kicked a lot of people out everywhere all day and I mean a lot, but the hordes kept coming,” said one post from a resident who had observed the situation on the Saturday afternoon.  Another resident posted that she saw the Garda car, but then counted 18 illegally-parked cars with no tickets on the windshields, and then traffic had to stop in both directions, so a pedestrian could carry an inflatable alligator across the road to the river.  “What are we paying for exactly?”, the resident questioned.  Other residents wanted more drastic action.  “Hire a towing company to tow the vehicles at the owner’s expense.  They’re illegally parked and trespassing.”  Someone else even suggested putting up a wall.

Another longer-term solution for the parking and trespassing problem along the Rouge River is the establishment of a park.  Marc Beaulieu said a committee has been looking into the possibility for eight years.  It could be a regional park like has been established in other parts of Québec, or it could even be a provincial park under the administration of the Société des établissements de plein air du Québec (SÉPAQ).  If that were to happen, the Rouge would likely not be administered as a separate park, but as a sector of the existing Plaisance or Mont-Tremblant parks.