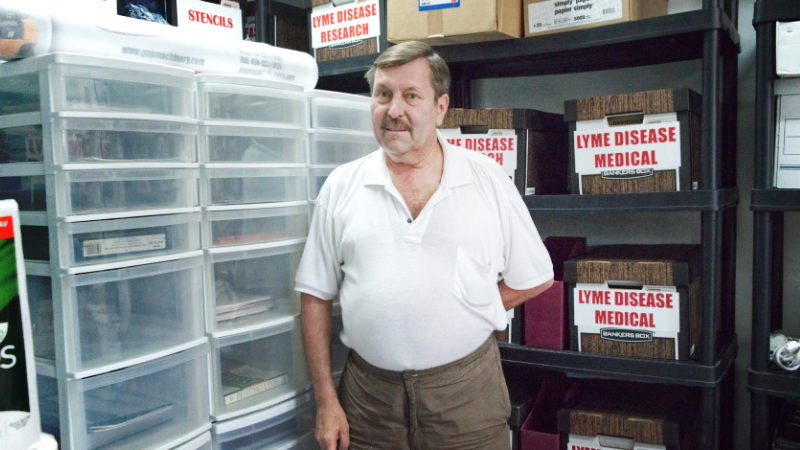 Most of us have seen a monster movie. Nowadays, these movies take many forms and their narrative structure varies. In other words, as the world around us changes, so does the entertainment that tries, albeit satirically, to emulate it.

Many are quick to agree; in the real world, there are no monsters. But, is it really the case? Disaster-porn movies like The Day After Tomorrow (2004) and San Andreas (2015) pick a natural disaster as a premise and blow it out of proportion. Exaggerated? Yes, but that doesn’t mean an earthquake isn’t a disaster.

If we follow that logic, then monsters do exist and assume many forms. They don’t have to be big.

One such monster is named borrelia burgdorferi. It is the worst kind of monster. It hides. It’s impossible to see and, if left unchecked, can cause a lot of damage.

This monster, borrelia burgdorferi, is the bacteria responsible for Lyme disease.

Over the past few years, increasingly popular topics in the area are diseases transmitted via tick bites (see vector-borne illnesses), like Lyme or Rickettsial disease.

For most of us, these new topics are just that: new, scary things to talk about. And like anything that seems far-fetched, sometimes, we pretend it doesn’t exist.

For George Pawlus, that’s exactly what happened around years ago.

At that time, Pawlus was experiencing many difficult symptoms.

“You get neurological, arthritic and cardio problems, like arrhythmia, which I have to this day. I had ALS and MS full blown. You basically turn into a zombie.”

While Pawlus did eventually receive treatment, the long, cruel wait he had to endure bestowed upon him what he calls chronic Lyme disease, the result of a persistent infection and permanent neurological damage.

For the longest time, however, Pawlus and his doctors had no idea what was wrong with him.

“I was watching this program on TV, it was called Monsters inside me. There was a doctor that got on, talking about Lyme disease. They started giving all the symptoms and when you have Lyme disease, you have 70+ symptoms all at the same time. As I was watching I said: ‘Wow. I think I have that.’”

Pawlus then started planning a trip to visit said doctor, who had a clinic in Manhattan. That’s when he finally got a protocol he could hand over to his doctors here.

Pawlus started getting treatment soon after, but he had been sick for so long that treatment in itself was long and arduous. Despite all the hardship, treatments and meds, he stills has symptoms today.

If there’s one thing to learn from Pawlus’ experience, it’s that information and open-mindedness can save lives.

In a Review article published on April 22, 2009, it was stated that “the Eastern Ontario Health Unit (EOHU) is currently seeking to educate the public about Lyme disease.” Back then, the EOHU did not keep statistics about diseases that had less than five confirmed cases per year.

On canada.ca, one can find a page called “Surveillance of Lyme disease” (https://www.canada.ca/en/public-health/services/diseases/lyme-disease/surveillance-lyme-disease.html). According to statistics found on this page, the number of confirmed or probable cases of Lyme disease for the ten provinces went from 144 in 2009 to 992 in 2016. Note that for the 2016 figure, 88% stems from Ontario, Québec and Nova-Scotia. 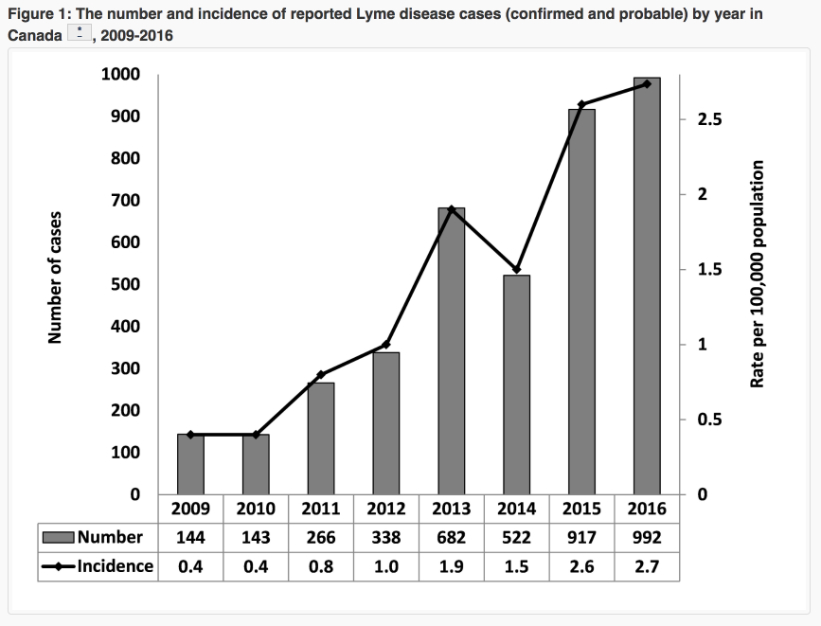 Nowadays, the EOHU has a whole page dedicated to the matter, including a map of at-risk areas. In case you were wondering, yes, many areas of Prescott and Russell as well as SDG are considered “at risk”.

On its website, Public Health Ontario states that “In the early 1990s, there was only one known risk area in Ontario, at Long Point Provincial Park (south of Hamilton, on the shores of Lake Erie). Since then, Ontario has seen an increase and expansion of blacklegged tick populations, particularly in eastern Ontario.”

Even though tick bites don’t guarantee Lyme disease, they are one of the vehicles through which the infection spreads. Their increased presence in the area should be enough to make anyone aware of the disease and its symptoms.

Since the beginning of his fight with Lyme disease, Pawlus has been very active, doing endless research on the topic. While he doesn’t consider himself a healthcare professional, he is very well-versed on the topic.

“I’m passing my name out. I’ve been through the experience and don’t want to see anyone go through it. People are free to give me a call and I can give them some information on what to look for and how to speed up the process to get better.”

According to Pawlus, testing for Lyme disease in Canada isn’t up to snuff, since getting a diagnosis requires special equipment not everyone has access to.

“There’s a lab a lot of doctors use called IGeneX (https://igenex.com/). They’re in Palo Alto, California. They specialize in tests that detect Lyme disease.”

While awareness of the disease climbs every year, it seems we still have a way to go before diagnosing it easily. Anyone looking for a good place to start in their search for information on this disease would do well to visit Pawlus.

“I have so much knowledge about this. Anyone could spend six months sitting here, talking to me about it. I’m not a medical doctor but what I’ve learned really opened my eyes. Somebody’s gotta get on board with this.”

Anyone interested in reaching out to Pawlus can find him easily through his business, GAP Machinery. He can be reached via email ([email protected]) or phone (450 533-6373).

A good 101 on Lyme disease and its symptoms can be found on the EOHU’s website (http://eohu.ca/lyme/index_e.php) or through the Province of Ontario’s website (ontario.ca/lyme).

Be mindful. Don’t let your life become the screenplay for the next big monster movie.