Police still searching for person evading police; the public is not at risk 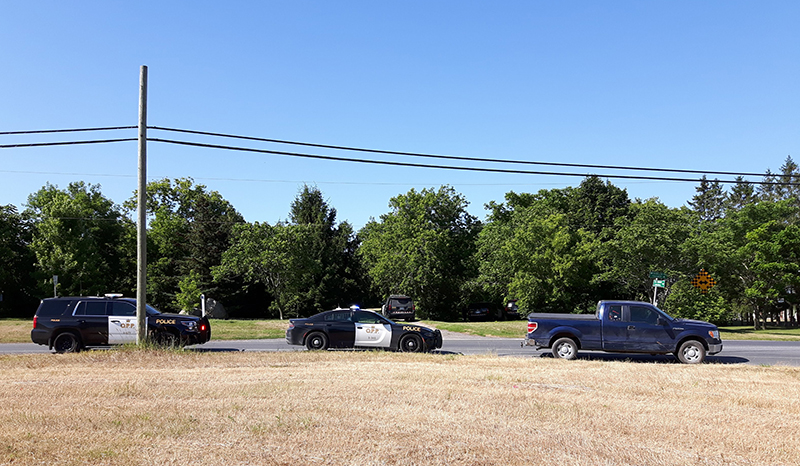 On Friday, July 13, the Hawkesbury Ontario Provincial Police detachment advised that a search conducted by police on Monday, July 9, was for a person evading police. That person has still not been apprehended.

Police cars were spotted Monday morning at about 8 a.m. at the corner of County Road 10 and Cassburn Road on the outskirts of Vankleek Hill. But people living along Cassburn Road also reported seeing police on foot.

It seems that on Monday, July 9, police officers were called to investigate a breach of Recognizance which turned into a case of a person evading police.  A K9 search was conducted without locating the person.  It is an ongoing criminal investigation as a result of a domestic dispute; no further information is available.

At this point, there has been no reason for public safety concerns, which is why the OPP did not advise the media, according to police.

Citizens should always be aware of their surroundings when walking alone in trails, note the police.