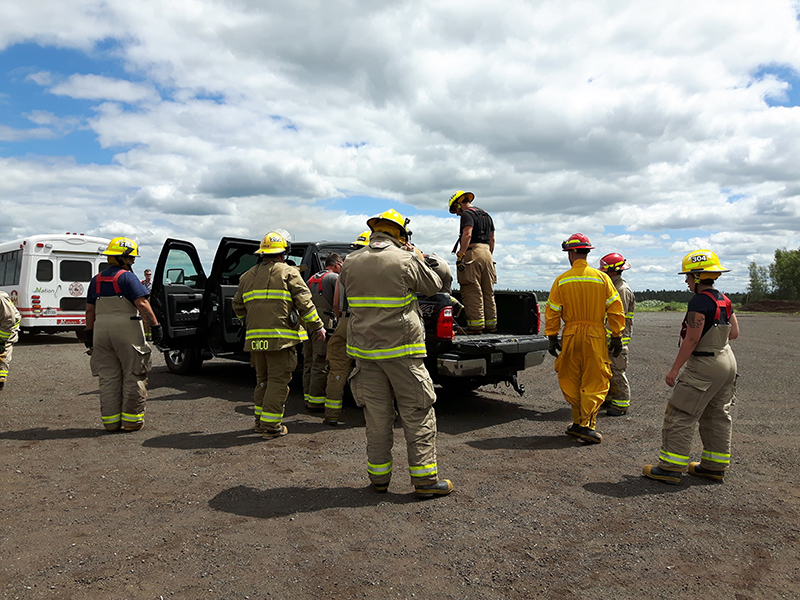 Firefighters organized tractors to pull tanks filled with water to an above-ground temporary reservoir near the site of this fire near the Alfred Bog. Firefighters used hoses and pumps on the site to extinguish the fire.

About 60 firefighters were on the scene on Friday afternoon (July 6) at a fire which took place at the edge of the Alfred Bog along County Road 20. Although the cause of the fire is not yet known, it is believed that the fire started due to dry conditions and regular work being done in the peat fields with tractors, says The Nation Fire Chief Tobias Hovey.

The fire was extinguished mostly on the Friday and a team stayed overnight to do a fire watch, he said.

On Saturday, firefighters return to extinguish “hot spots” and pick up the hoses which ran for over 12,000 feet.

At press time, Premier Tech was still working at spraying water on the piles of peat which were excavated by mechanical shovels (excavators) to help control the spread of the fire.

Hovey said the fire team is working together with Premier Tech to come up with a plan to protect their fields in the future.

“While we are working with Premier Tech, we will also be reaching out to other local topsoil companies to see what they are doing or what challenges they see with their fields or businesses,” said Hovey, adding, “Our biggest challenge with this fire was that we were not able to get the water to the fire that was roughly a kilometer in the peat field and our trucks are too heavy to access these types of fields. 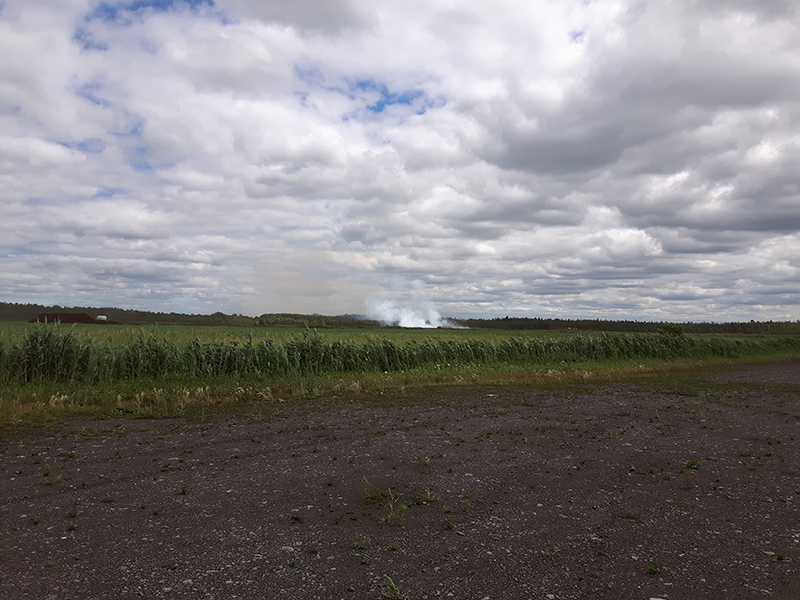 Several area farmers loaned their tractors to the fire-fighting effort on Friday afternoon. Water was transported by fire department tanker trucks from nearby streams and delivered to the fire scene. Firefighters and/or equipment from The Nation, Alfred-Plantagenet, Champlain Township, and Clarence-Rockland were part of the effort.