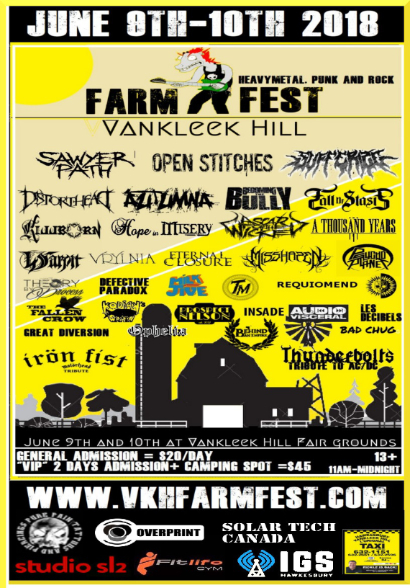 The Hill is getting a brand new music festival this year!

Titled “Farm Fest”, the two-day festival will be bringing 27 heavy metal, punk and heavy rock bands to town; seven of these are local groups.

The bands will be sharing one stage, each presenting a 20-to-30 minute set-list that is sure to give the audience a pure musical rush.

Farm Fest is organized by local Steven Deslauriers and his fellow Autumna band-mates, who will also be playing the festival.

“We wanted to play where we were from,” said Deslauriers.

“When we were in high school, Open Stitches (one of the headliners) was around, playing shows at the Bonsoir Lounge behind the Holiday Inn. We wanted to bring something like that back to Vankleek Hill.”

Deslauriers and his Autumna bandmates stated that most of the acts forming the line-up are bands they had played with over the last few months in Montreal.

“We asked if they wanted to work on this with us and then we started organizing. It all fell together pretty quickly,” said Deslauriers.

Even though this is his first festival, Deslauriers is no stranger to putting show together, having organized bi-monthly concerts on Montreal’s Crescent Street for a while. One of his philosophies for the event? The money will be split as evenly as possible between participating bands after expenses are covered.

In terms of accommodations, those interested in making a weekend out of the event can pay a little extra and set up camp on the grounds. 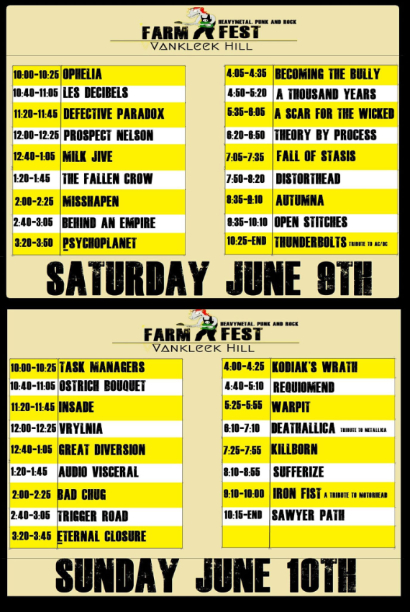 “We’re gonna set up Friday, so we’ll be leaving the gates open for free that day. People can come in and get a feel for it and set up their tents in the evening,” said Deslauriers.

One food truck from Ottawa will be serving poutine and burgers and Deslauriers is looking into getting additional local food vendors.

Farm Fest is for anyone aged 13+. Tickets are $20 for a day pass and $45 for the weekend. Interested parties may purchase tickets online at vkhfarmfest.com or in Hawkesbury at Pure Pain or Solar Tech, sponsors both.

Tickets went on sale on Friday, May 11. A Facebook page, Vankleek Hill Farm Fest, was created for the event. 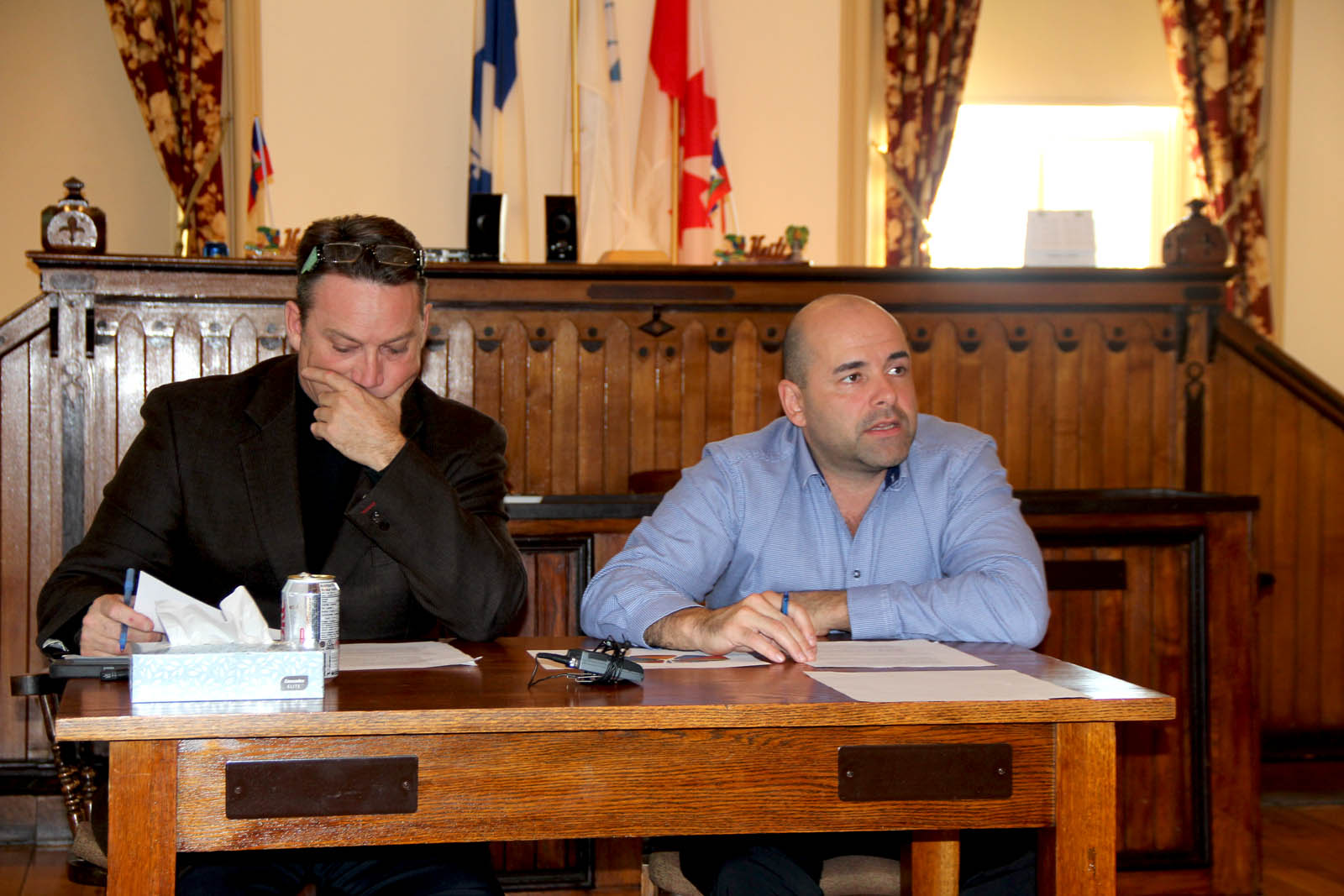 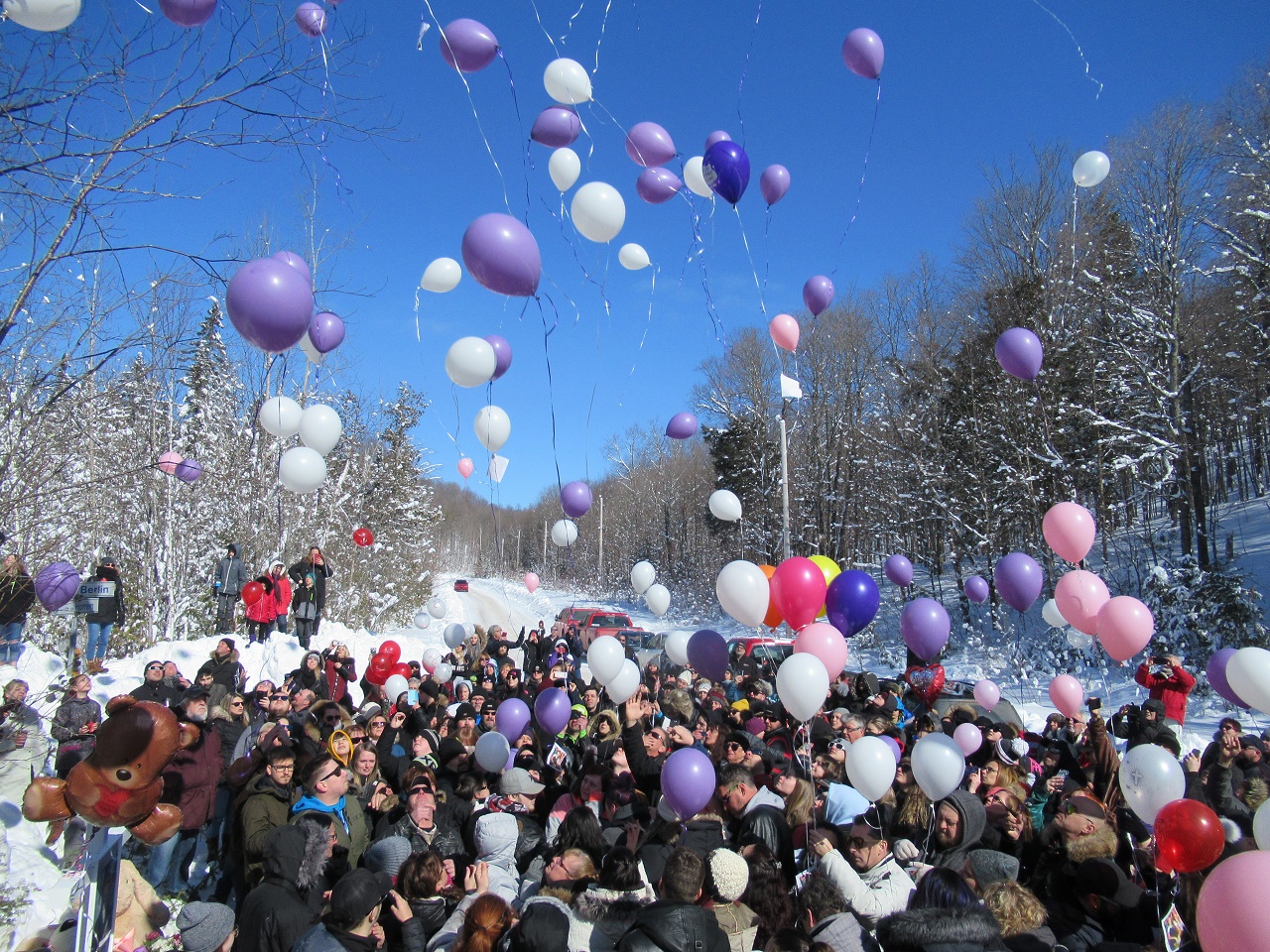 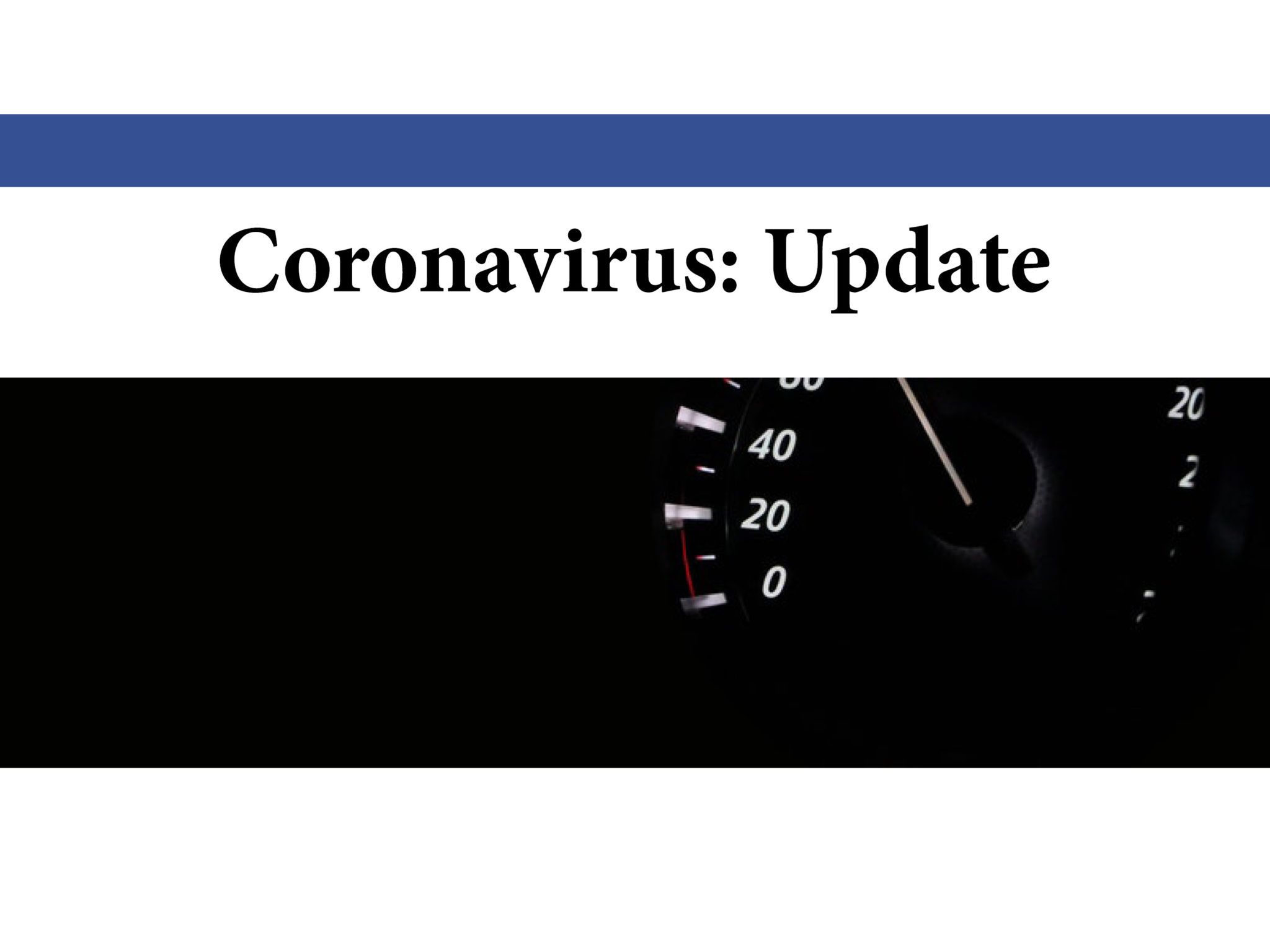 Closure of drive test centres in response to COVID-19 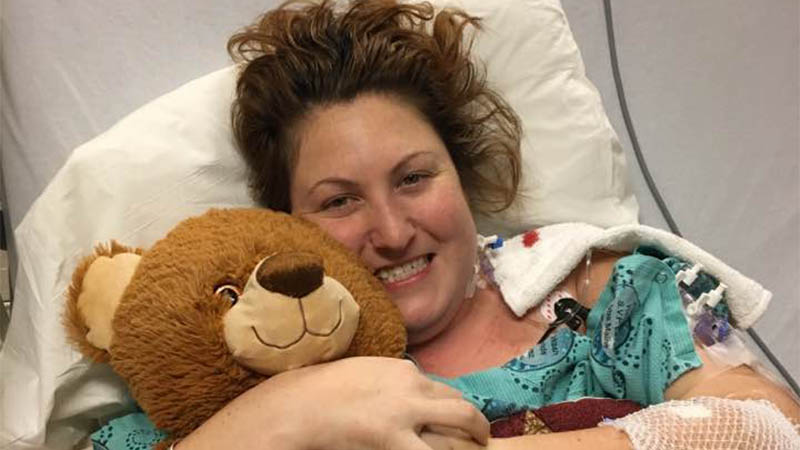 Life changes in a heartbeat