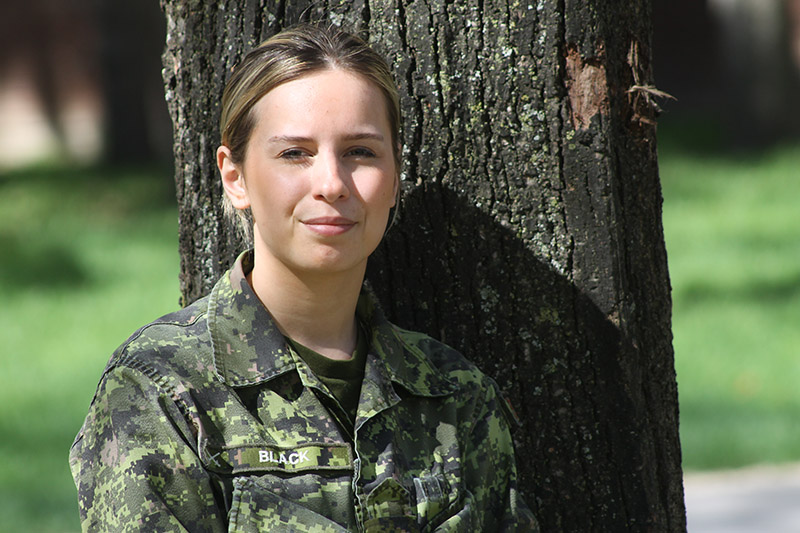 This year, army reservist Corporal Jennifer Black of Limoges, is taking advantage of the Canadian Army’s commitment to provide guaranteed full-time summer employment to successful applicants to the primary reserves. The Ceremonial Guard is one of the many opportunities for reservists like Jennifer Black, who will be employed over a four-month period this summer.

Having just graduated from university, Jennifer is always up for a challenge: “I am always looking for new and challenging experiences”, says Black.

Her summer will begin by supporting the soldiers who will participate in three weeks of intensive drill training where they will master the precision movements, attain a high standard of dress and deportment, undergo extensive physical fitness training and be fitted and tailored in the scarlet uniform. During the summer Black will also participate in Ceremonial Guard appearances at Canada Day, around Eastern Ontario, as well as the culmination event known as Fortissimo. Fortissimo is a musical spectacular event that takes place on the lawns of Parliament Hill and features massed military bands, pipes and drums, guest performers and the soldiers of the Ceremonial Guard. It will take place July 19 to 21.