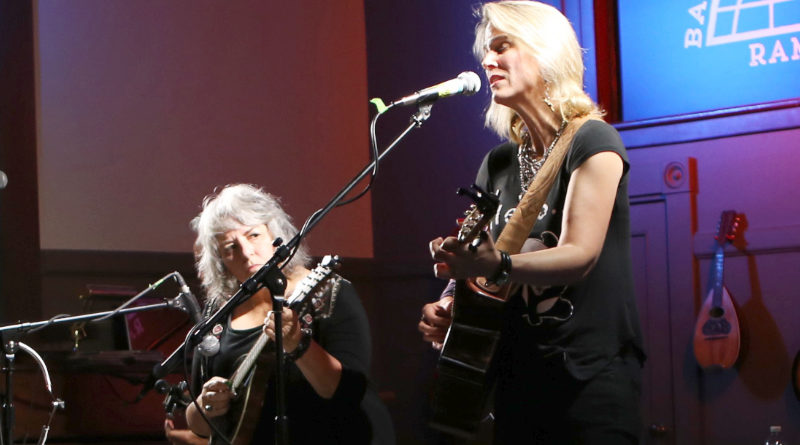 Fans of witty, old school Americana will be treated to a concert by The LYNNeS, a duo formed by Ottawa songwriters Lynn Miles and Lynne Hanson.

While not occurring during the Vankleek Hill Porchfest, the concert is a Porchfest presentation, with proceeds going to both the artists and the mural restoration project, which is organized under the umbrella of Arbor Gallery. For the duo, the concert is part of a tour commemorating the release of a first album, Heartbreak Song for the Radio.

“It just came out in February,” said Hanson.

“We were just touring in Europe and now we’re doing dates in Canada.”

The LYNNeS have known each other for a long time, but the performance duo was formed only recently.

“Lynn [Miles] has mentored me over the years and produced a couple of my records. We did some co-writing on a record of mine that came out last year and that’s when we thought: ‘Hey, you know what? This could really work as a unit!’,” stated Hanson.

It didn’t take long for the newly-formed unit to hit the studio.

“We’re very different writers but we have the same approach to songwriting. We’re both really respectful of the craft and pay attention to lyrics,” said Hanson.

According to her, the label “americana”, when boiled down, represents a mix of roots, folk, bluegrass, country and blues.

“That’s what I bring in. That bluesy-swampy thing,” said Hanson.

Those wishing to brush up on The LYNNeS’ repertoire can order the album online or listen to the samples found on their website.

“We’re really looking forward to playing this show. We have very serious songs but the show is a lot of fun! Lynn Miles is a very funny person and I have aspirations as a stand-up comic. We’ll make you laugh, we’ll make you cry and at the end of the day, everyone will have a great time,” said Hanson.

Tickets for the concert are available at The Review, Arbor Gallery or online. Copies of The LYNNeS’ album will be for sale at the event.