McHappy Day returns for 2018, partners with HGH Foundation once more 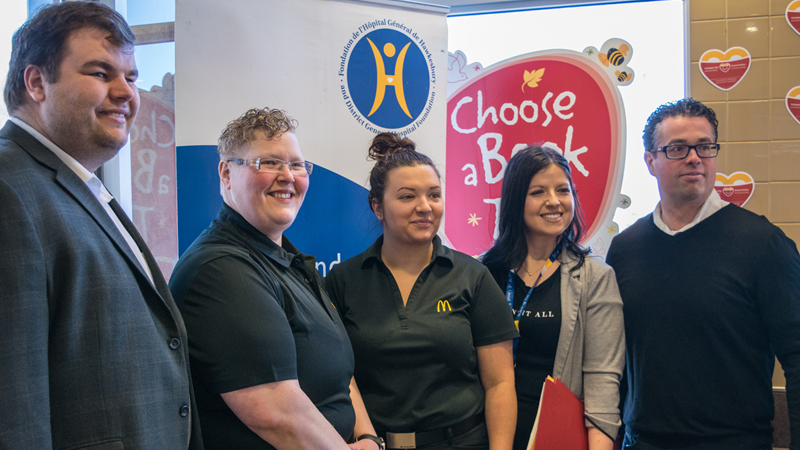 This spring will mark the fifth edition of the collaboration between McDonald’s and the HGH Foundation on McHappy Day.

Primarily a fundraiser, the event will take place on two dates, offering many activities for the whole family.

The first date is Saturday, April 28, 2018. On this day, the Hawkesbury Fire Department will have a car wash service available and a bouncy castle will be installed for kids at the Hawkesbury McDonald’s franchise. For $2, anyone with a camera will be able to take pictures with Paw Patrol characters.

The second date, Wednesday, May 2, 2018, will see special promotional items for sale inside the restaurant and photography enthusiasts will once again have the opportunity to grab a picture alongside famous characters for a $2 fee. The May 2 event will take place at both the Hawkesbury and Casselman franchises.

The event is made possible through a collaboration between Louis Giguère, owner of both franchises, and the HGH Foundation. On both days, Giguère will donate to the Foundation $1 per Big Mac, Happy Meal and McCafe products sold.

A first for the fundraiser, all funds from the Casselman franchise will go to the satellite center of Mental Health and Addictions, in Casselman.

A Canadian tradition since 1977, McHappy Day sees McDonald’s Restaurants across the country raise money on the first Wednesday of May every year. By default, the proceeds go to the Ronald McDonald House, but can be distributed to a local charity instead. As of today, McHappy Day has generated over 56 million dollars for children.

The full schedule of activities will be made available to the public via the HGH Foundation’s Facebook page (Fondation-HGH-Foundation) in the upcoming weeks. Those interested may also contact Marie-Claude Sabourin at the Foundation directly by phone (613-632-1111 ext. 21101) or email ([email protected]).