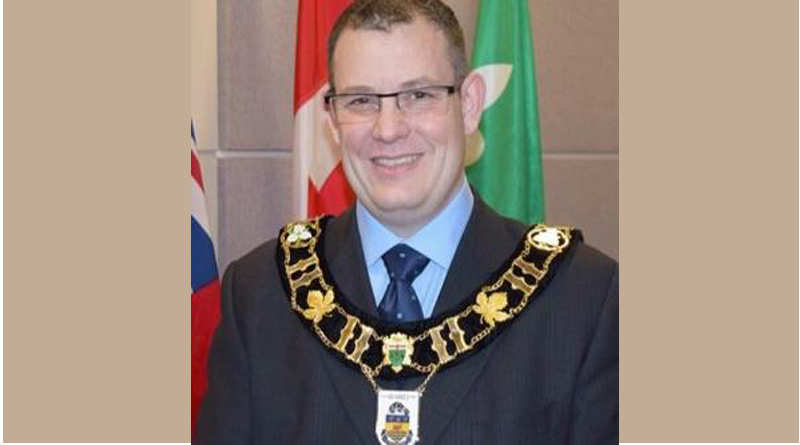 Mayor of Russell Township, Pierre Leroux announced on April 5 that he will seek the Ontario Liberal Party nomination in Glengarry—Prescott—Russell.

Pierre describes himself as a committed public servant, former volunteer firefighter and small business owner who will put his experience and passion for his community to work at Queen’s Park.

“I’ve been calling Russell Township my home for the past 17 years,” said Leroux.

“There is no better place to raise a family or run a business than Glengarry-Prescott-Russell. People here in GPR deserve a provincial representative who understands the challenges that we all face, and more importantly, someone who understands the opportunities that our area has to offer.  I am someone who is committed to making our lives easier and more affordable. Premier Kathleen Wynne is making historic investments that will help our community, like free prescriptions for young people and seniors, and universal childcare for toddlers. If nominated as the Ontario Liberal candidate, I would be a fierce advocate for our families, so that we have the support we need.”

Pierre is running to replace current Member of Provincial Parliament, Grant Crack, who served as MPP for the riding since 2011. “Everyone around here knows Grant,” said Leroux. “He has done a great job representing our community and I want to wish him well in whatever he decides to do next. I want to pick up where Grant left off and continue to push for investments that make a real difference in people’s lives.”

Pierre is a proud husband and father of three. In 2001, his family moved to Russell Township and opened their first small business in Embrun. In 2010, he expanded his business to Casselman, the same year he successfully ran to become a councillor for the Township. Following the tragic loss of friend and colleague JP St. Pierre in 2014, Leroux became Mayor for Russell Township.