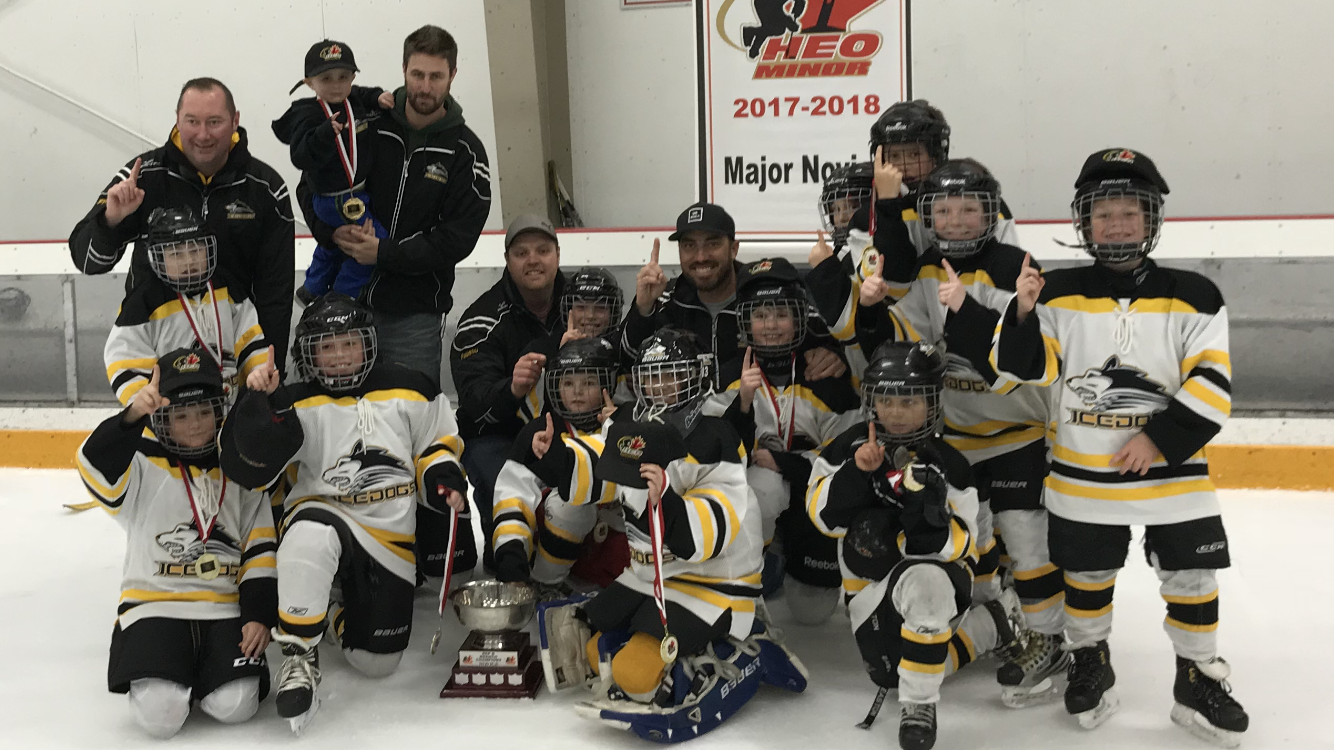 The Casselman-Embrun Major Novice IceDogs are on top of the hockey world.  The team went 3-0 in Round Robin play this past weekend (March 30-31 2017) at the HEO Branch Championship and qualified for the finals. It was a hard battle in the Round Robin; however, the IceDogs prevailed and defeated the other top teams: CharLan Rebels, Leitrim Hawks and Petawawa Patriots. The Casselman Embrun Ice Dogs thereafter went on to win in the Finals against Petawawa Patriots 4-0 in order to be crowned the winners in the Finals to become 2017-2018 HEO Novice Major Branch Champions.