Paula Assaly running for mayor of Hawkesbury in 2018 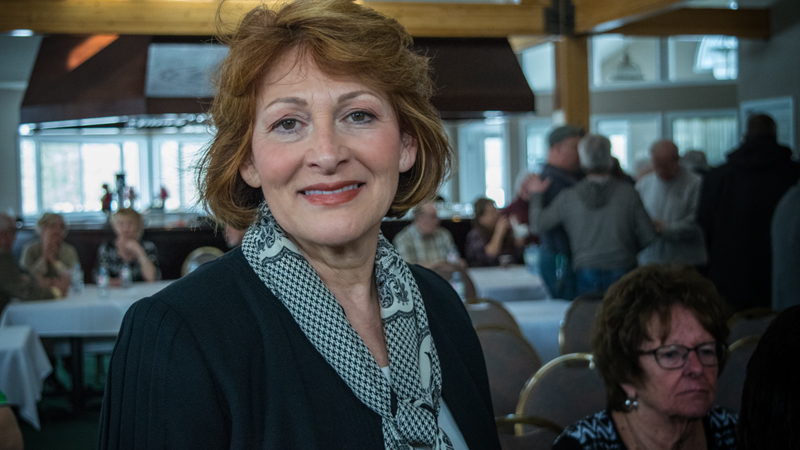 Paula Assaly announced she would be running for mayor of Hawkesbury for the upcoming municipal elections on the afternoon of Friday, March 23, 2018. Photo credit: Cedrik Bertrand

“It is with confidence and with the support of the people that I am pleased to announce that I will submit my nomination for mayor of Hawkesbury for the municipal elections of 2018.”

The statement was made by Paula J. Assaly on the afternoon of Friday, March 23, 2018, in front of a gathering of supporters and interested parties at La Cité golf club.

Assaly started her address by giving context to her candidacy through her life story.

“In my family, dedication and work are virtues that go far back in time and still govern my life.”

She spoke in a calm manner, providing details on both her educational and professional background.

“I understand complex situations, common sense and compassion. I am a strong believer in democratic principles and know how to treat people fairly.”

Assaly’s full election platform will be unveiled after the official submission of the nomination form. However, she did highlight some of her priorities, such as the hiring of a new general manager, economic development and tourism, the downtown core of Main Street, public transit, road conditions, capacity-building for non-profit organizations and poverty.

Before thanking the crowd, Assaly stated:

“When you hear my name, think of me – the person and the manager.”

Another press conference detailing Assaly’s upcoming electoral platform will take place after May 1, 2018.