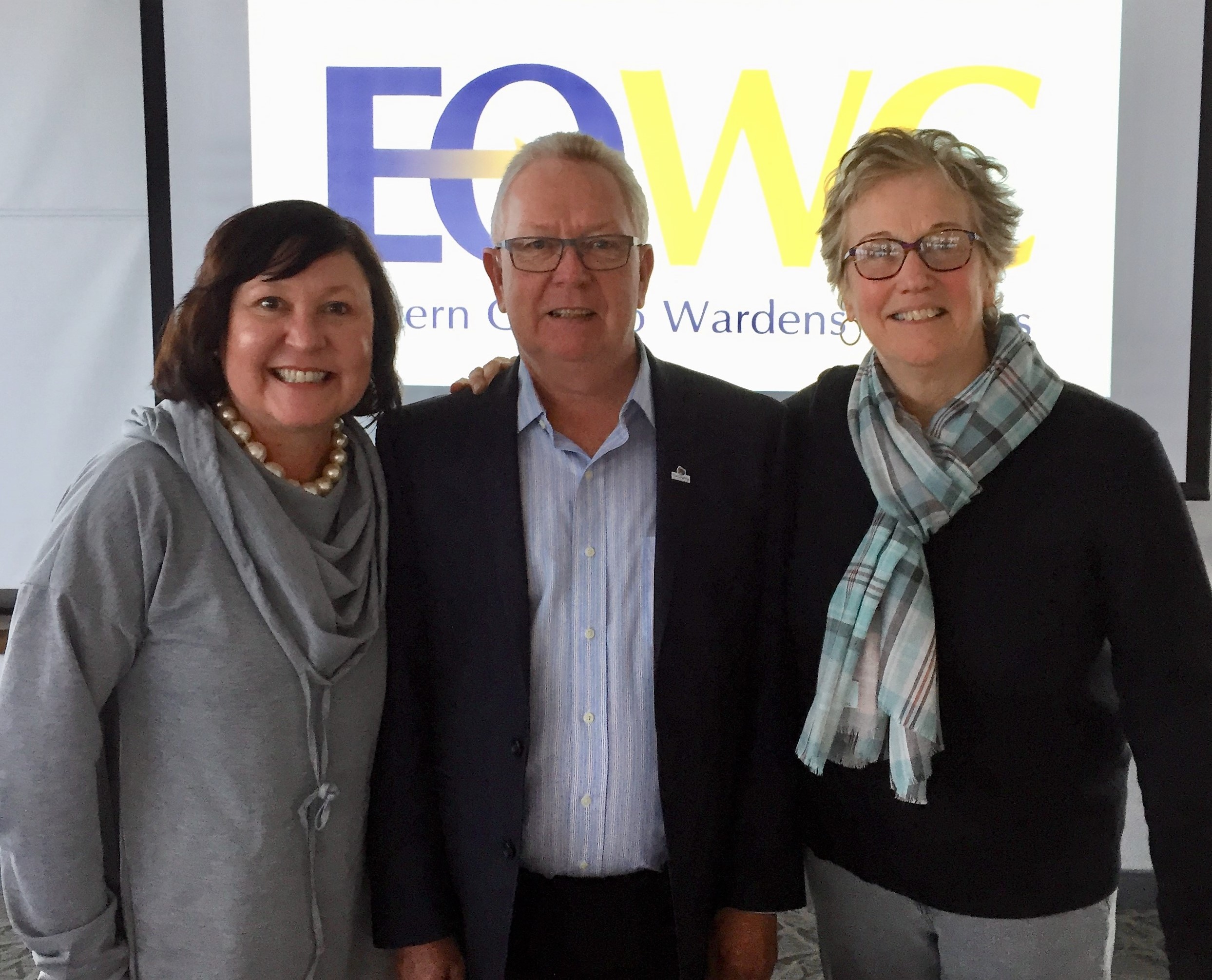 The Eastern Ontario Wardens’ Caucus (EOWC), at its annual inaugural meeting held on Thursday, January 11 in Kingston, elected Warden Robin Jones as the 2018 Chair and Warden Jennifer Murphy as the 2018 Vice-Chair.

The role of the Chair and Vice-Chair, elected on an annual basis, is to provide the main point of focus and contact for the Caucus and ensure that the established key priorities move forward.

“I am honoured to chair the Eastern Ontario Wardens’ Caucus in 2018, alongside my colleagues, and to advocate for this year’s priorities in support of the 750,000 property taxpayers across rural Eastern Ontario,” stated Chair Jones, elected as the EOWC’s first female chair since its incorporation in 2008.

“As we are aware, 2018 is a critical year for both the Province of Ontario and the municipal sector, with elections scheduled for both levels of government. That being said, the EOWC has restructured its focus and made its priorities very clear, and intends to send a loud and clear message to its partners at Queen’s Park.”

Two priorities were established for the Caucus in the coming year:

“For this critical election year, the EOWC has kept its focus simple and identified the two most important projects for Eastern Ontario. The rest of the year – and specifically the next few months – will be spent on advocating at the provincial and federal government levels for multi-stakeholder solutions to these proposals,” explained EOWC Chair Jones.

“As always, the EOWC and its partners have done the necessary research before submitting their proposals. Not only is the cellular and public safety broadband network project essential for businesses and economic development, it would absolutely increase public safety for our residents and our first responders – such as police, fire and paramedics – during emergencies,” stated Vice-Chair Murphy.

“It is the primordial role and objective of the EOWC to use research and facts to influence positive changes, improve service delivery, remove financial burdens, and encourage growth and economic development opportunities in our region,” noted Warden François St-Amour, of the United Counties of Prescott and Russell.