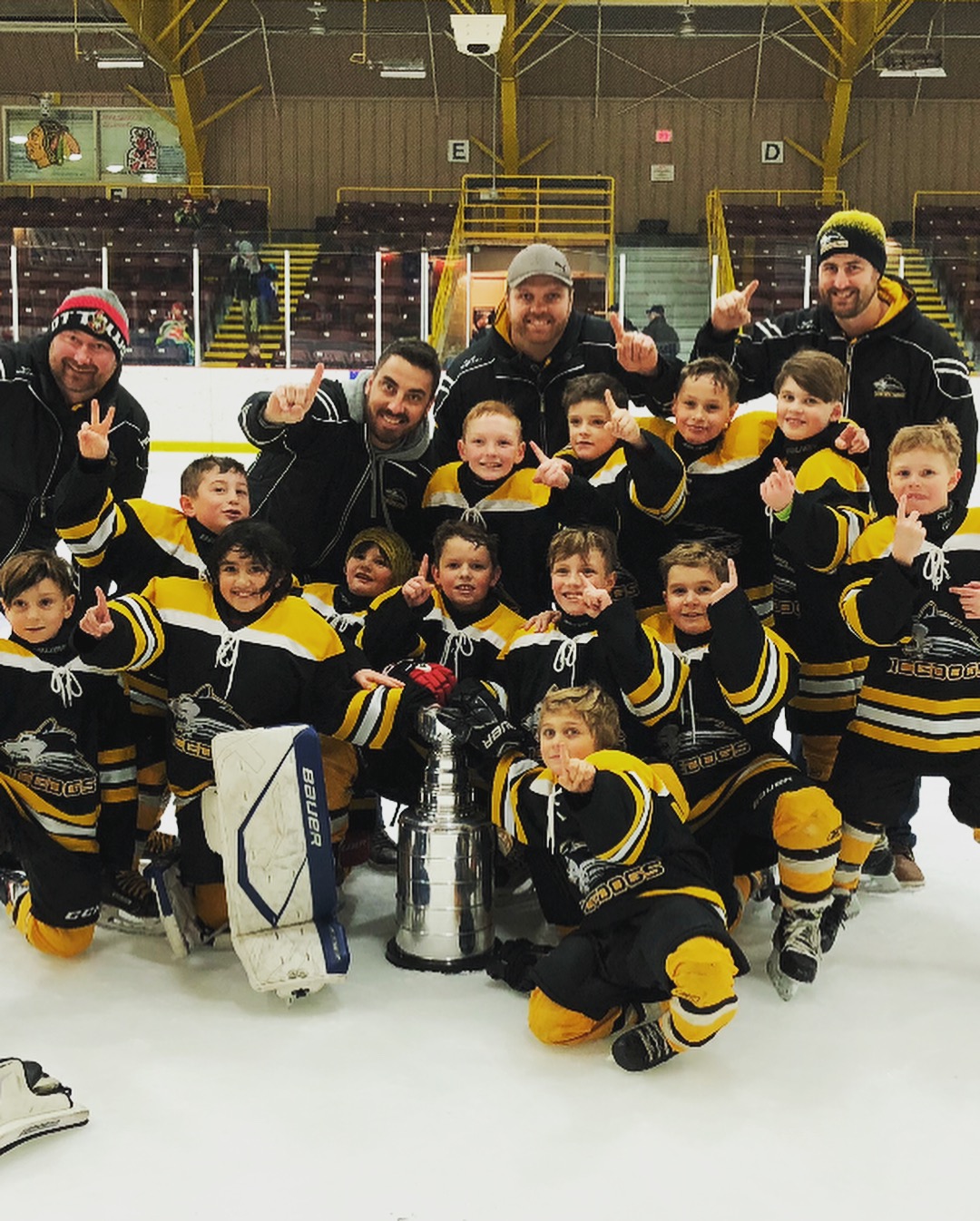 It was 6 thrilling games filled with excitement, suspense, sportsmanship, and a never give up style of play! The boys pulled together to go with 3 wins and a tie in the Round Robin play. The semi-final match up against the host team Brockville Braves saw the team in a tough battle from start to finish, and the Ice Dogs came out with the 4-1 win. Then the finals brought on a match against the league Rivals Letrim Hawks. Another tough test for the team. Three periods of defensive play, offensive attacks, and solid goaltending, was the winning combination for these boys in a 6-3 victory.

Congratulations are extended to the 2017-2018 Major Novice Icedogs hockey team, for its tournament victory.  (Submitted photo)