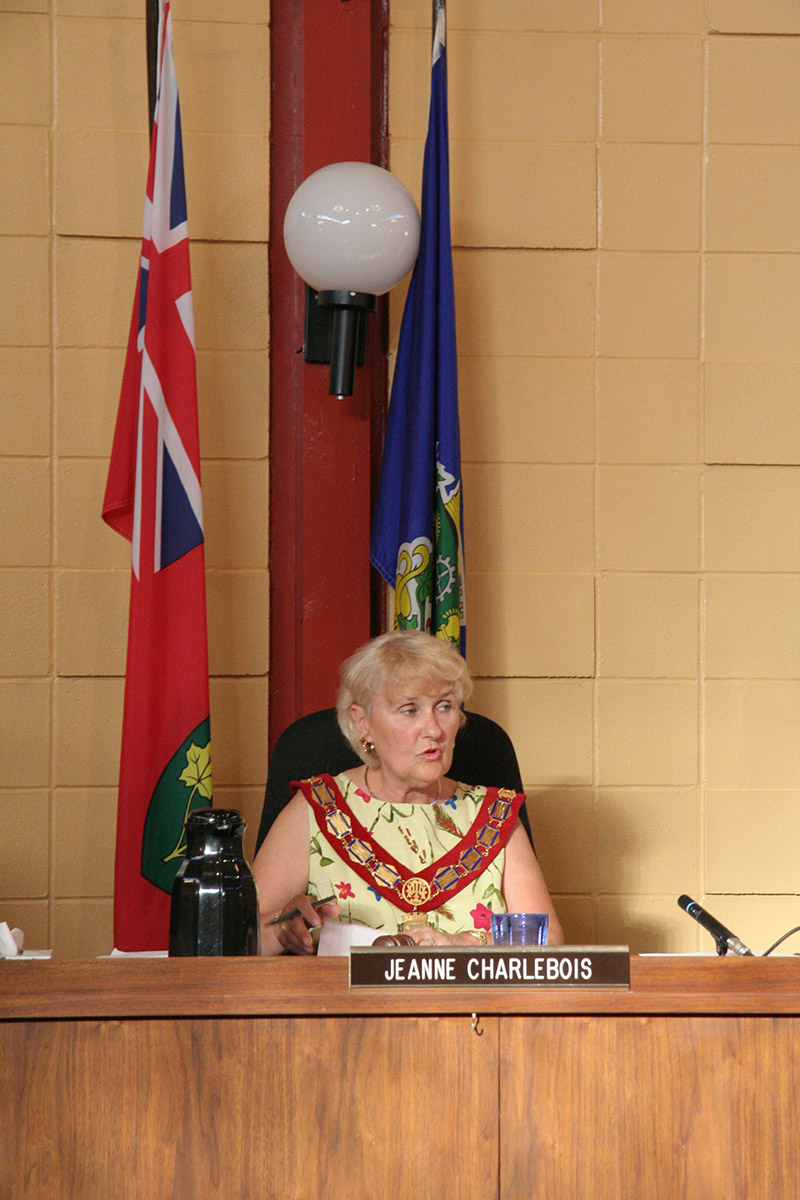 After a heated exchange between Mayor Charlebois and Mayor François St-Amour of The Nation, then Warden Gary Barton went around the table asking if the UCPR should send the congratulatory letter. Every member said no.

“I guess, it’s not going to happen under my signature,” said Barton.

“It’ll happen under mine,” replied Charlebois, and it did. Mayor Charlebois sent her letter to the new Montreal Mayor and received a letter back, thanking her for the gesture.

Below is a copy of the letter from Mayor Valerie Plante to Jeanne Charlebois. 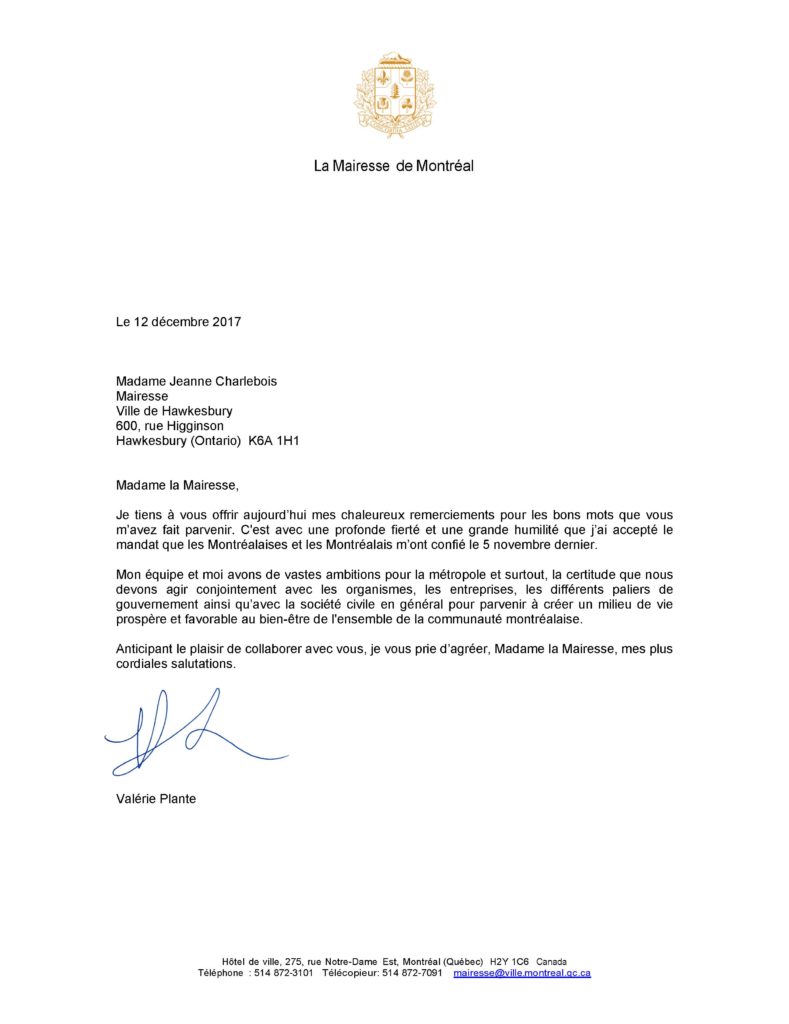