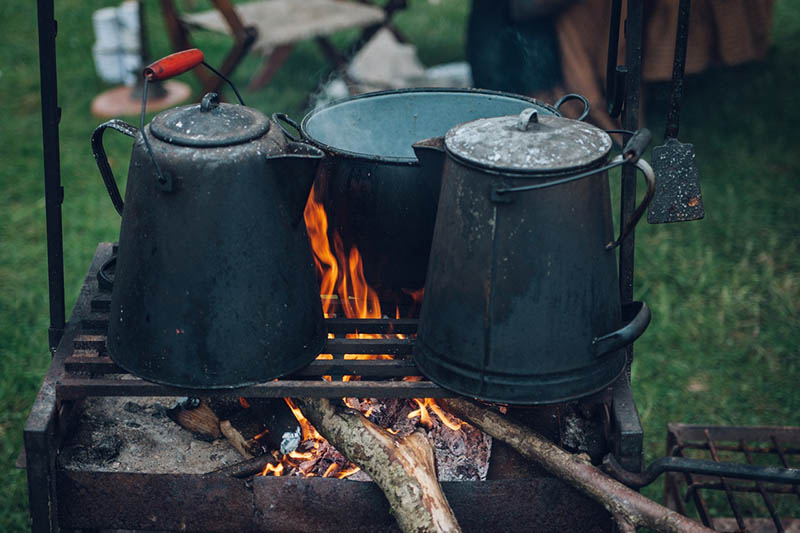 Champlain Township council approved $161,388 in its draft 2018 budget for the L’Orignal Campground, but the future of the campground is still up in the air. And during budget deliverations, L’Orignal councillors Jacques Lacelle and Marc Séguin pushed for a new community centre for L’Orignal.

A public consultation took place on October 30 at the Chalet Abri in Montreal, to discuss the future of the campground and the development of a community centre for L’Orignal, which lost its largest event space when the Knights of Columbus sold its large building which had been used regularly by several groups to host community events.

A few dozen people attended that meeting, according to Champlain Township CAO Paula Knudsen, who spoke with The Review recently.

Council is considering closing the campground because it is in a deficit position and there is “no benefit” to residents, she explained.

Some improvements had been added to the campground to make it more attractive, in recent years, Knudsen said. One way council had tried to improve the campground was to introduce a rule that campers which were 20 years old or older had to be removed at such time as they were sold, Knudsen said.

Electrical upgrades to the campground cost the township $320,000, which is being paid off over 15 years, and an additional $30,000 in sewer improvements is likewise still being paid off.

“There are no property owners there, so that all falls on the township,” Knudsen explained, referring to the sewer improvements.

Comparing the campground to the marina, Knudsen says that the marina does offer tourism and economic benefits to the municipality. The L’Orignal Marina, with anticipated total revenues of $107,622 in 2017 (the 2017 numbers are not final yet as the year is not complete and the financial reports are not prepared), and anticipated expenses of $92,621, has projected revenues of $15,001 for 2017 and for 2018, revenues are anticipated in the amount of $9,582.

The subject of a community hall for L’Orignal came up during Champlain Township’s capital budget meeting on December 14.

L’Orignal ward councillor Marc Séguin raised the issue, mentioning that the situation has been discussed for three or four years now. Suggesting that funds be added to the capital budget, Séguin said it would not affect the municipal tax rate.

Some discussion ensued about expanding the Chalet Abri, a small building located in the L’Orignal municipal park, to add on to the building and enlarge its capacity to 180 persons.

If the municipality does not want to explore that option, Séguin offered, funds should be added to the budget for future construction of a community centre.

Vankleek Hill ward councillor Troy Carkner said that even if funds added to the capital budget had no effect on the tax rate, there would be additional costs in the years to come.

“If that is up and running some time in 2018, our recreation director is going to need the manpower to run that facility. There will be costs to heat the building and keep it open,” said Carkner.

Champlain Township Mayor Gary Barton expressed the view that the township could use a previously engineered building and do it for a lot less.

“You’re going to have a hell of a time getting $3 million,” Barton said.

“Once it is built, are people prepared to pay for the useage?” asked Carkner.

“We just had the warden’s banquet in the hall at the community centre in Vankleek Hill and it was very nice, but we have spent a pile of money there,” said Barton, adding, “I’m telling you right now, we have a nice hall but halls do not pay for themselves,” he said.

“We can’t organize anything in L’Orignal,” said L’Orignal ward councillor Jacques Lacelle, who said that the Knights of Columbus members have offered the sum of $125,000 to $150,000 towards the cost of creating a new community hall space.

“Can we get a letter of commitment from the Knights of Columbus stating that?” asked Barton, suggesting that community commitment might be of help if an application for provincial support for the project was undertaken.