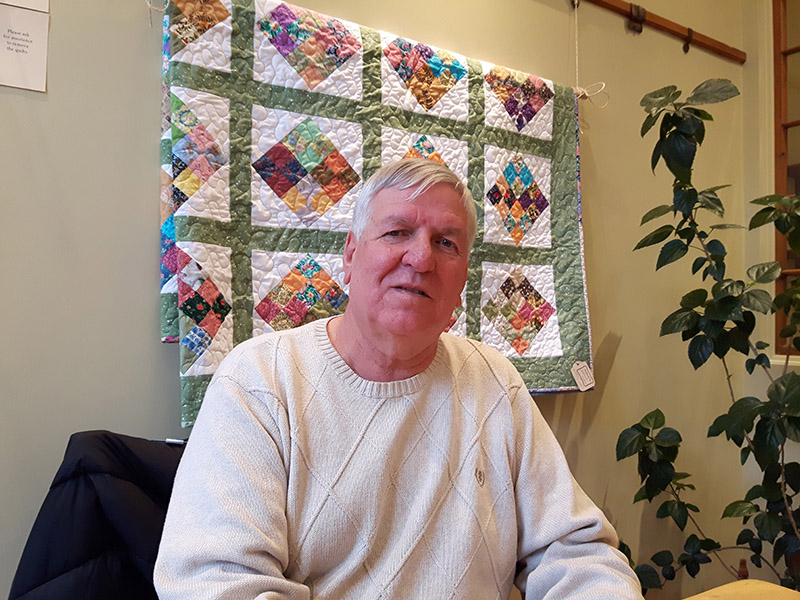 Veteran Champlain councillor Paul Emile Duval has officially announced he will run for mayor in 2018. The municipal election takes place on October 22.
Duval spoke with The Review late last week and said he has been thinking about it for some time. The current mayor, Gary Barton, will not be seeking re-election after about 40 years in municipal politics.
Duval, who served as a municipal councillor for the Town of Vankleek Hill, which pre-dates municipal mergers in 1997, says he has been fortunate to have been acclaimed a few times during his lengthy political career.
“I think we have been doing a good job at Champlain Township and the main thing is to keep on going. A big thing will be our infrastructure,” noted Duval, who says that water and sewage will likely remain one of the main focuses of the municipality in the years to come.
“I am not making promises,” Duval emphasized. “There are no major projects that are part of my campaign. I want to be honest with people and not promise favours to people. I think people who know me to be an up-front kind of person. If you ask me for something, I can either help you or not, but if I can’t, I will tell you so, and why,” Duval continued.
A point he stressed was that he would be a mayor representing all of Champlain Township, not just Vankleek Hill.
“I know people say that a lot gets done in Vankleek Hill but it isn’t our council driving much of what happens in Vankleek Hill. It is the businesses and the people who get involved in their community who make things happen,” he said.
Duval is a former lineman, then was a customer service representative for Hydro One. When he retired, he went to work part-time for a local propane company.
Why has Duval stayed in local politics for such a long time?
“I like people and I figure I made a difference,” Duval said.
“You can’t run for office because you want one thing changed,” Duval said.
“When someone new gets elected, I always tell them that we each just have one vote on council. There are seven other people sitting at the council table.”
One thing that has changed, perhaps most since the Town of Vankleek Hill, the Village of L’Orignal and the townships of Longueuil and West Hawkesbury merged to form Champlain Township in 1997, is that it is easier for councillors to refer issues to staff. A larger municipality means that in most cases, there are systems in place, Duval noted, to refer the appropriate issues to the roads department, the recreation department, or other municipal departments as needed.
“It’s not to say that councillors don’t get involved, because we do, but I usually listen and recommend that people work with our staff and if there are still problems, I am here to help with that,” Duval said.
Something Duval would like to do is help new businesses get information when they set up shop in the township.
“And I think that we need some way for people to make a complaint, so that they know they will be heard, whether it is about our bylaw department, property standards or building codes.”
Municipalities are struggling to meet provincial requirements in so many areas, Duval says.
“But we need something in place for people who have problems,” Duval said.
During the lead-up to this election, Duval will do as he has always done. He will conduct a door-to-door campaign to meet people and hear what they have to say. He thinks campaigning is about meeting the people.
“I know some things have changed, but I feel you have to get out and meet the people,”  Duval said.
In 2018, municipal elections in this region will be conducted electronically.