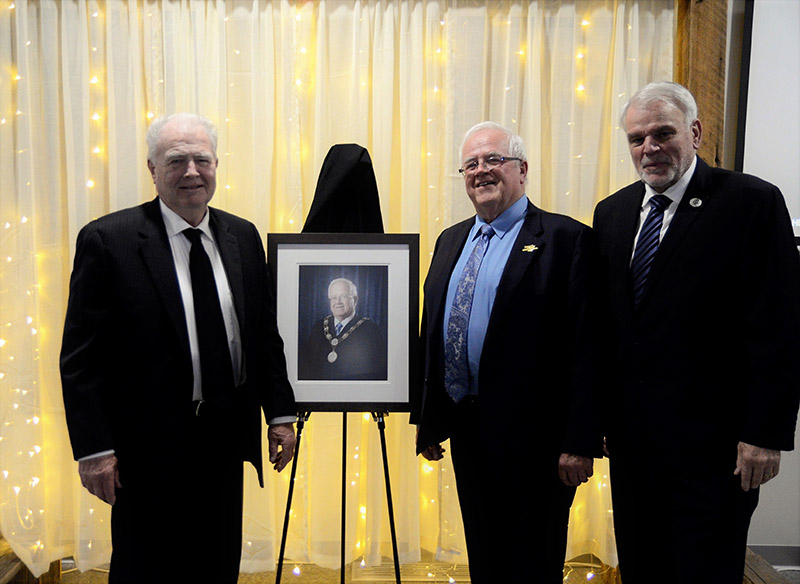 A traditional part of the United Counties of Prescott-Russell Warden’s Banquet is the unveiling of the official photograph of the outgoing warden. In this case, outgoing Warden Gary Barton (Mayor of Champlain Township) is seen here, flanked by East Hawkesbury Mayor Robert Kirby (at left) and Alfred-Plantagenet Mayor Fernand Dicaire, at right.

Gary J. Barton, Warden of the United Counties of Prescott and Russell (UCPR), was honoured by his colleagues, his family and friends during the annual Warden’s Banquet, held this past Saturday, December 2 at the Vankleek Hill Community Centre in the Township of Champlain.
One hundred and fifty people were present to celebrate the past year of Warden Barton, who represented the UCPR as Warden throughout 2017 (as well as previously, in 2006). Among the dignitaries present were Mr. Francis Drouin, MP for Glengarry-Prescott-Russell; Mr. Grant Crack, MPP for Glengarry-Prescott-Russell; UCPR Council members; other elected officials from across Eastern Ontario; as well as many representatives from the community of Prescott and Russell.
This year, the JP St. Pierre Award – a high municipal distinction that aims to celebrate the exceptional contributions of an individual within the UCPR – was awarded to two extremely dedicated women within their communities. Jocelyn St. Pierre, widow of the late Mayor St. Pierre, who passed away suddenly in 2014, presented the award to both women.
The first recipient was Mrs. Marie-Claire Ivanski, whose fundraising efforts have contributed nearly $600,000 to the Canadian Breast Cancer Foundation over the past 15 years, in addition to working directly with many women in Russell Township affected by breast cancer. The second recipient was Louise Sproule, owner and publisher of the independent community newspaper, The Review, for more than 25 years, and who has become a true ambassador for Prescott and Russell during that same period, by organizing several annual fundraising events in Vankleek Hill.
As is also tradition during the Banquet, the Warden’s Award is presented during this evening to recognize the dedicated work, outstanding contribution and professionalism of a municipal employee toward the community and their colleagues. This year, Warden Barton chose to recognize Mr. Justin Bromberg, Chief of Staff and Communications Coordinator for the UCPR.
The funds raised at this event, in addition to the Warden’s Golf Tournament held earlier this year, will be distributed to regional non-profit organizations of the Warden’s choice. These organizations will receive their cheques during the swearing-in ceremony of the incoming Warden, to be held in L’Orignal on Wednesday, December 20. 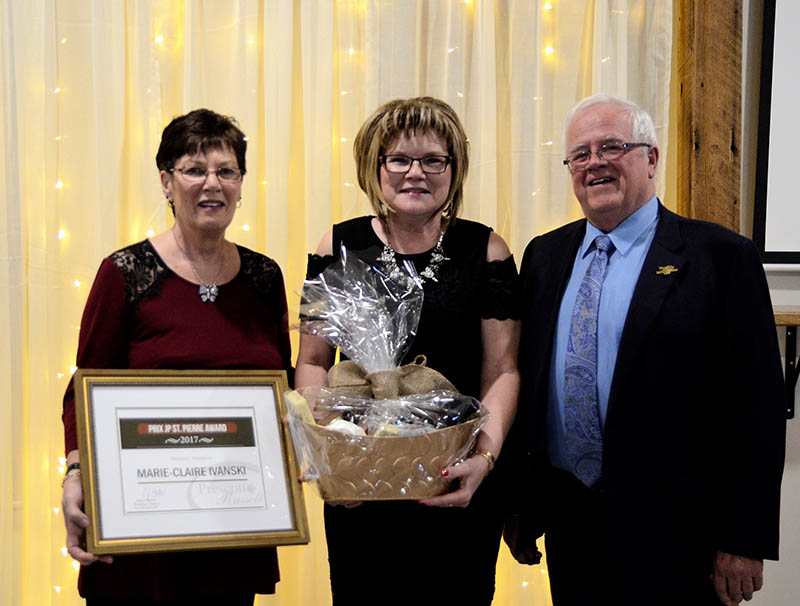 Two Prix JP St. Pierre Awards were presented at the United Counties of Prescott-Russell (UCPR) Warden’s Banquet, which took place at the Vankleek Hill Community Centre Saturday evening, December 2. Marie-Claude Ivanski (centre), received the award from Jocelyn St. Pierre for her outstanding contributions to fundraising efforts for breast cancer research and patient support. She has raised more than $600,000 for the cause. At right is UCPR Warden and Champlain Township Mayor Gary Barton. 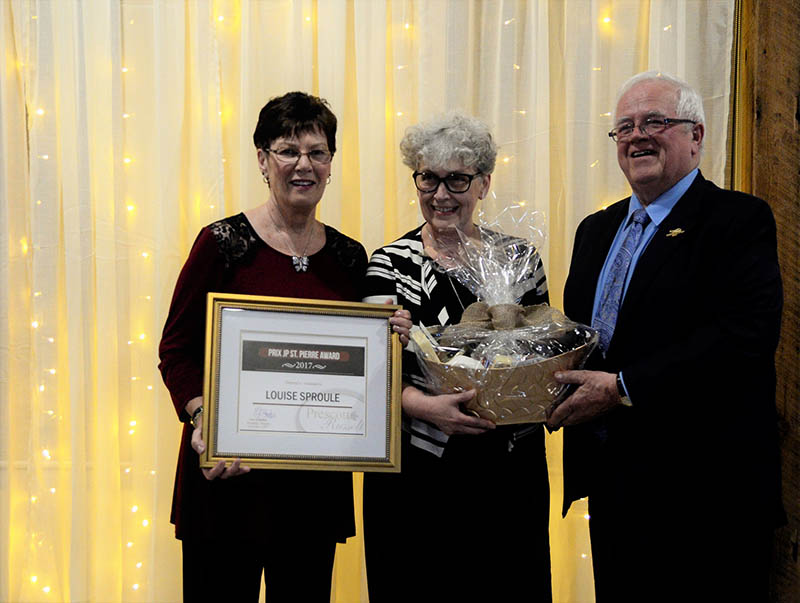 Review publisher Louise Sproule (centre) was a recipient of a Prix JP St. Pierre Award, presented to her by Jocelyn St. Pierre at the United Counties of Prescott-Russell (UCPR) Warden’s Banquet. Sproule was described as an ambassador for Prescott-Russell and someone who is dedicated to her community, organizing annual events and more during her 25 years as publisher. At right is UCPR Warden and Champlain Township Mayor Gary Barton. 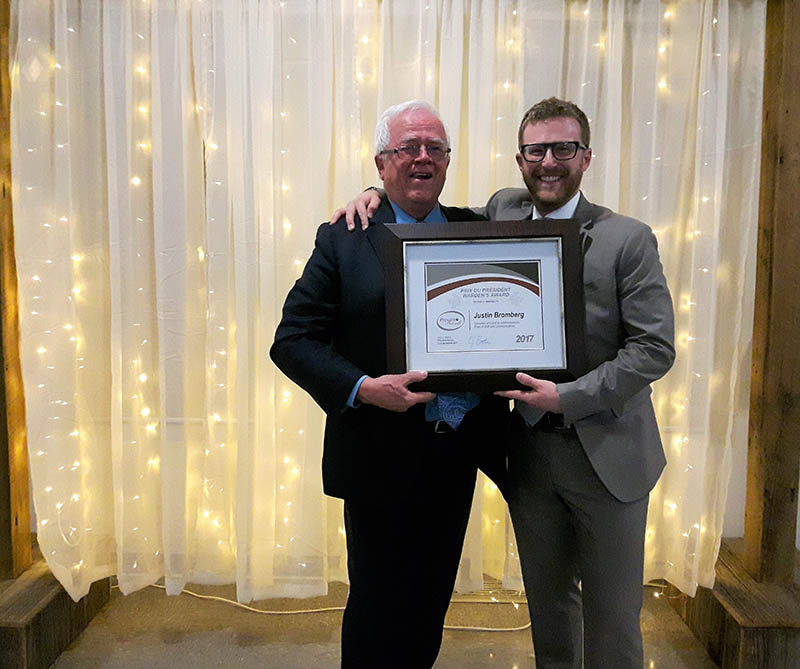