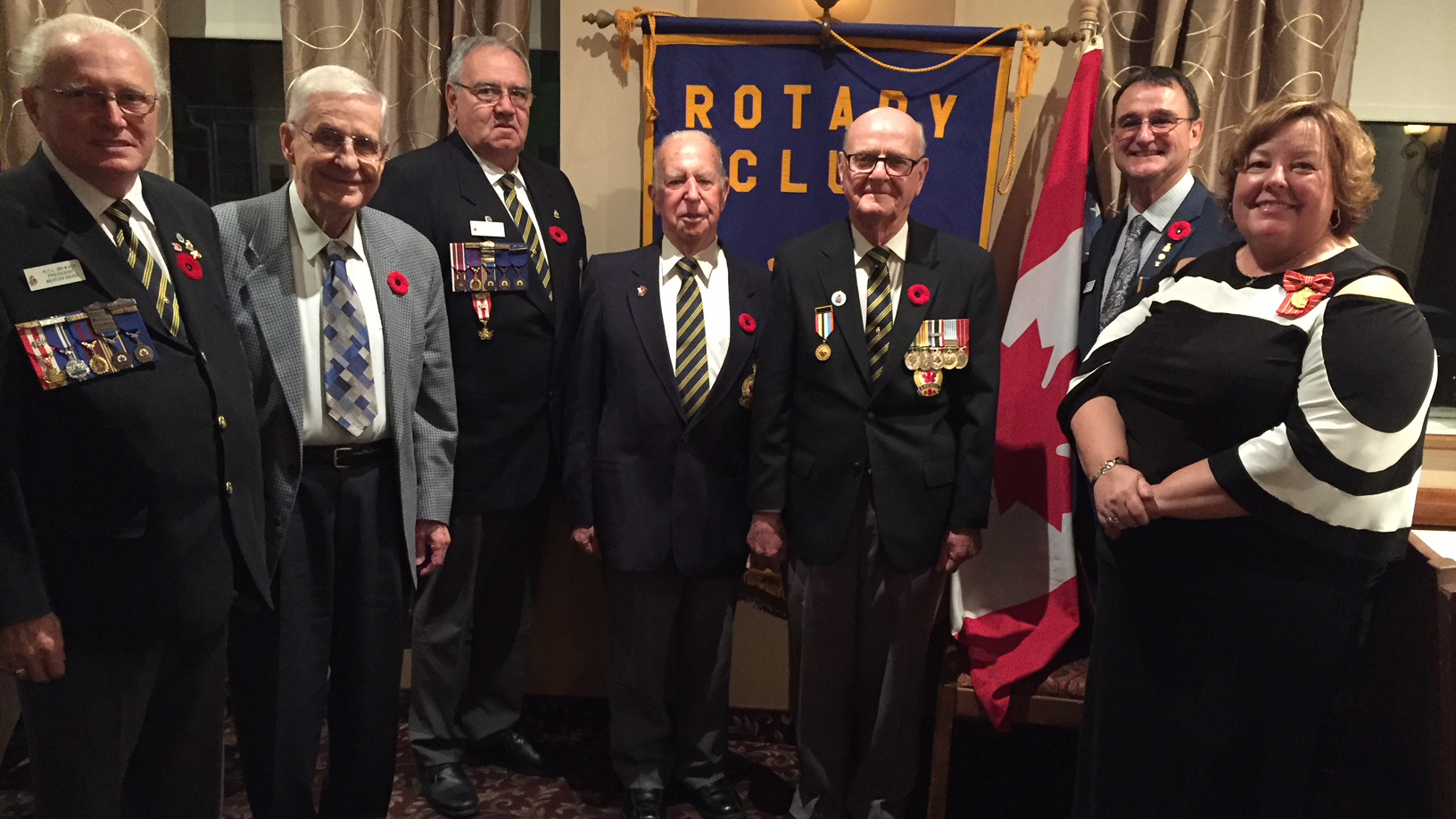 On November 7, the Hawkesbury Rotary Club hosted a Veterans Dinner and invited both veterans and Vankleek Hill Collegiate Institute (VCI) students to partake in presentations and discussions about war. The veterans spoke about their experiences of their time served in the military. VCI students then made a presentation about their school trip to Vimy. Rotarians raised $2,600 for the local Hawkesbury, Alfred and L’Orignal food banks. The veterans and guests of honor (pictured) were : Clayton Ellis who served from 1944 to 1949, Gerry Moreau 1942-1972, Guy Jansen 1979 – 2016, Kathleen Jansen 1980-1995, Gilles Desrosier 1960-1963 and Gary O’Neill and Mervin Ward from the Royal Canadian Legion.