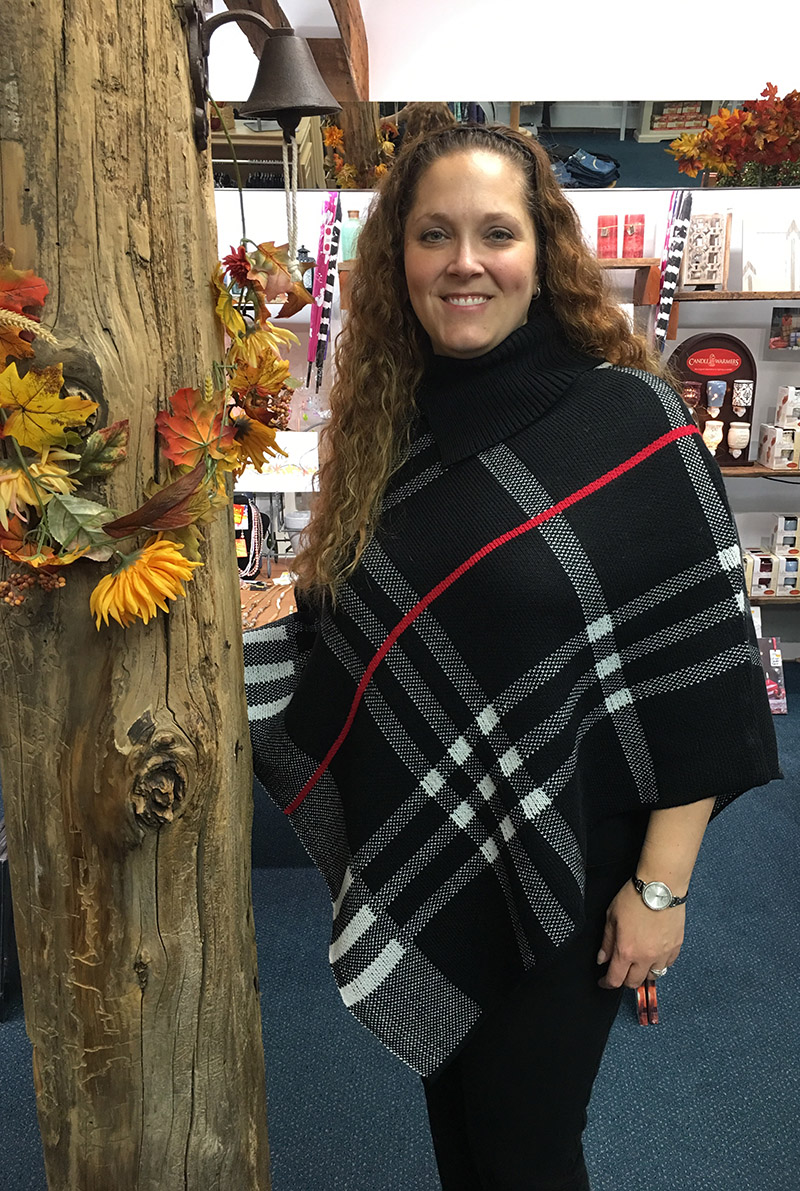 Chez Thérèse Clothing & Gifts in the Moose Creek Mall is celebrating 50 years in business in October 2017.

In 1967, Thérèse Théoret (the owner’s paternal grandmother) opened a ladies clothing store, operating at first out of her home. This was her childhood dream. Afterwards, her husband Gérard built her a store beside their home. Later, the school in Moose Creek was closed and put up for sale. In 1979, after some renovations, the couple moved the store into the school’s old gymnasium and this is when the Moose Creek Mall was born.

Owner Barbara Renaud says she has worked at the store since 1991, part-time during high school, then full time, eventually becoming the manager and buyer.
“My parents Michel and Vivian Théoret became owners of the store in 2000 as my grandmother Thérèse was ill, and she wanted to ensure that I would one day own it. This was my grandmother’s wish, and it became a reality when I took over ownership in 2013. I have since done many upgrades, including the addition of a beautiful gift shop within the store, adding younger trendier looks and creating a Facebook page. I also “modernized” the store name, from Chez Thérèse Ladies’ Wear to Chez Thérèse Clothing & Gifts.

“In June 2016 I launched my online store, cheztherese.ca.
It was a huge undertaking for me as I created the whole thing from the ground up on my own and continue to manage it on a daily basis. All of my clothing in the store is for sale on my website as well. It has become quite successful. I have shipped items all over the world, to the United Kingdom multiple times, Australia, and all over Canada and the United States. Our local customers use it as an online catalogue, to peruse what we have in store before coming in to shop.

“We are celebrating this huge milestone next week, ending with an open house on Saturday, October 28, 2017. We will serve cake and refreshments, have draws throughout the day and discounts. It will be a very proud moment for myself and my family. I truly hope my grandmother is looking down proud 🙂”