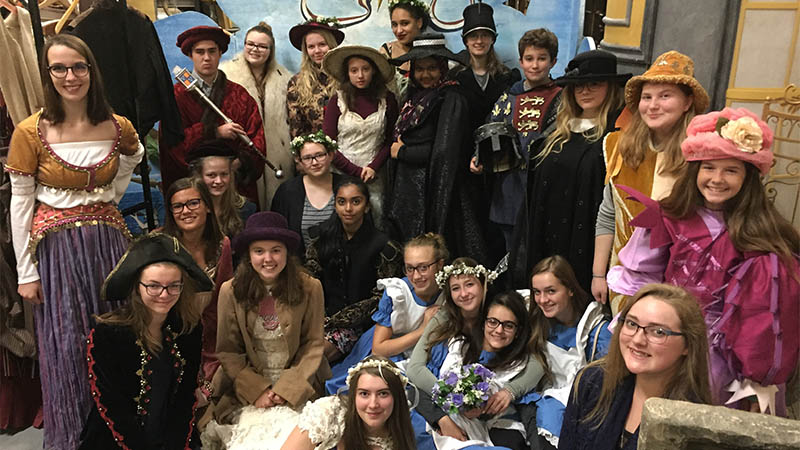 A group of 20-plus VCI students attended the Stratford Festival. (Submitted photo).

On September 28, a group of 24 Vankleek Hill Collegiate Institute, along with Languages Department members, Sarah Dagg and Natalie Kouao travelled to Stratford, ON, to experience the Stratford Festival.

The trip included three shows: the exciting musical comedy Guys and Dolls, the action-packed Treasure Island, as well as the Shakespearean classic Twelfth Night. The students also experienced a tour of the festival’s props and costume warehouse where they learned about several of the tricks of the trade and were permitted to try on costumes.

To add to this amazing experience, the students got the opportunity to meet and talk with Katelyn McCulloch who played the role of Ben Gunn and Bennett in Treasure Island. Staff plan on visiting next year’s festival as well, which will include an adaptation of Harper Lee’s To Kill a Mockingbird, The Rocky Horror Show and Shakespeare’s Julius Caesar.

VCI will also be hosting the Montreal Shakespeare Theatre Company on October 30 as they put on Shakespeare’s Macbeth.