Doing something right: Champlain summer camp was a success in more ways than one 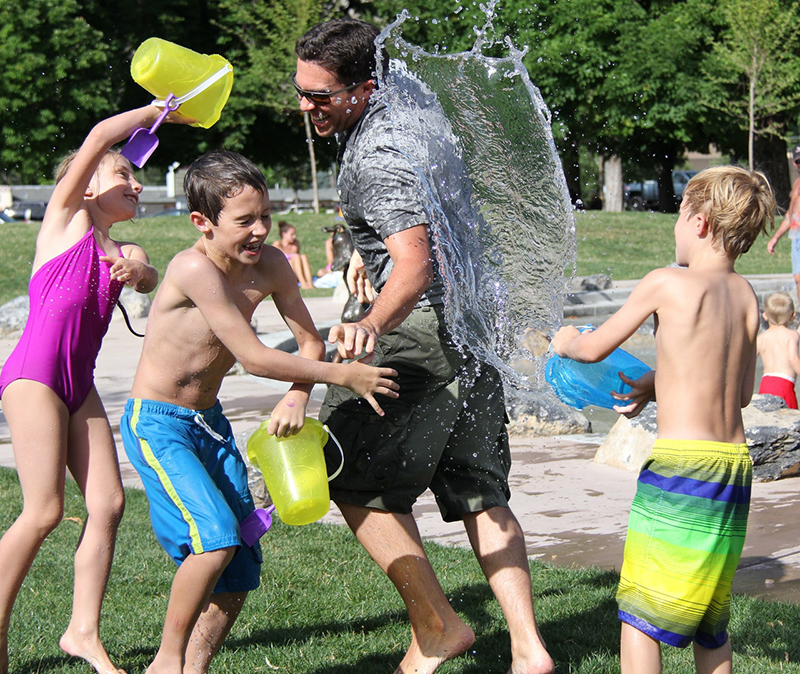 Champlain Township’s 2017 edition of its summer day camp was a success for several reasons, says Champlain Recreation and Parks Director Lisa Burroughs.
First, the camp yielded a $12,000 profit this year; the past few years have proven to be a big turnaround since 2015, when the summer camp showed a $10,000 shortfall. In 2016, the camp yielded am $11,000 profit.
But Burroughs is pleased with everything about the summer camp this year.
First, she says, the township was successful in its bid for two summer grants for students — one from Ontario’s Summer Experience and one from Canada Summer Jobs. That amounted to about $6,000 which assisted the project, she says.
But perhaps most important, camp enrolment was up to 40 children for a solid six weeks, compared to only 25 children registered for the 2016 camp.
Why the increase in enrolment?
Burroughs says that she stepped up the camp organization this year; there were weekly themes, day trips to Ouimet Farms, a honey operation in Mirabel and more.
“But I think parents liked that we used the entire facility, along with adding more structure to the camp. We used the baseball diamond, the hall upstairs, the splash pad and we let kids bring their bikes or scooters to ride around the downstairs “slab” surface for free time every day. But we kept them busy,” Burroughs adds. “They were active the whole time.”
She is pleased to report that she has a waiting list of parents eager to register their children for the 2018 edition of Champlain Summer Camp.
“Our revamp paid off,” Burroughs says, adding that another improvement was to give “High 5” training to the students working with the children.
To make things easier for parents, Burroughs mentioned that the arena canteen was open during the camp, giving an opportunity to parents to take a break from making school lunches during the summer.
“We had a lot more structure in place and we made sure that parents knew what was happening all the time, in terms of trips and activities. I think that altogether, it added up to success for us,” Burroughs concluded.
To find out more about Champlain’s summer day camp for 2018, and to get your child’s name on the waiting list, call 613-678-3601.