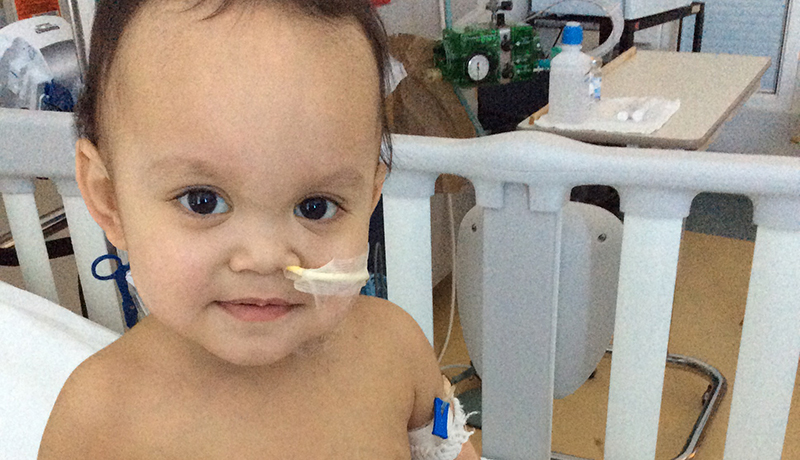 The Radiotelethon for the Hawkesbury & District General Hospital (HGH) will be held on October 15 2017. HGH plays a vital role in our community as both an employer and a place we have all had to visit, at least once, to experiment joy, relief, sorrow or maybe, all of the above.

I was never a fan of hospitals and usually tried homemade fix-ups before spending many hours in the waiting area where contagious coughing or dreadful small talk lurked in every corner. I once cut open my thumb so bad that meat poured out. I walked to a nearby hospital in Montreal and waited for 15 minutes. I stopped a nurse that was walking about and asked if I could die from this. She said, “No, of course not”. So I went home and duct-taped it. That’s how much I hate hospitals.

At HGH, back in 2008, I spent a week with my dying grandmother, Henriette. It was my first time spending more than a few hours at a hospital. She had advanced Alzheimer’s and cancer. I got to say goodbye, peacefully, to a lady who had made sure I had diapers as a baby and the coolest gifts at Christmas along with delicious homemade pie. She was a blue-collar, hardworking woman with an attitude that worked all her life as a waitress in the nicest restaurant in Hawkesbury. She was well-known and loved by most, feared by some and respected by all.

Then, in 2013, Dr Arsenault, who is my family doctor and works at HGH, asked me to bring my newborn son to the hospital for a blood test because his eyes were quite yellow. On the same day, she told us to immediately go to St-Justine Hospital in Montreal because something was terribly wrong with his blood work. In the next two hours we would learn that my son had biliary atresia and that he would need a liver in the next year or else he would die.

The next two years would be the most excruciating time of my life. After a year, we got the call that they had a liver for my son, but the first transplant did not work and then, our son had to be put on a rush list to get a second one. He finally got a second liver transplanted with multiple complications and on three occasions, we were told he would probably not make it. I never thought I would be spending that much time in a hospital, let alone call it my home for a year.

I don’t believe in an afterlife or an almighty being watching over us, but let me tell you that when you are pushed against the wall, cornered like some wild animal, you get down on your knees and you pray to whatever you can think of. I prayed to my grandmother, Henriette, I begged her to help me get through this and to make sure that I could bring my son back home. We named my son Henry in her honor.

I can’t complain about what my son, my girlfriend and I went through, because we got to bring Henry home. Spending a year in a hospital, I saw parents packing up rooms, sobbing and leaving without their child. But, I also saw parents get good news and leaving with a smile on their faces. Joy, sorrow, relief and despair are all part of the spirit that inhabits the halls of a hospital. HGH, my local hospital, took care of my grandmother and it’s where the life-threatening disease my son had was detected.

Even though I’ll try to avoid it for as much as I can, it will forever be part of my life, of our lives. On October 15th, I will be doing a stand-up comedy set for the Radiotelethon. I hope you’ll find it to be funny enough to give to the HGH Foundation so that more specialized services can be offered in our area.