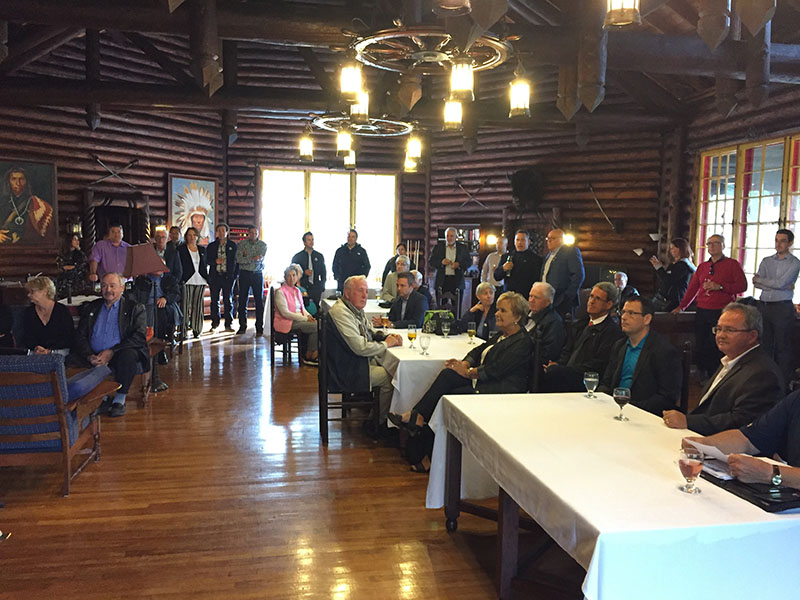 Elected officials of the United Counties of Prescott and Russell, the MRC d’Argenteuil, the MRC de Papineau met for the 7th annual Friendship Meeting on August 31 in Lefaivre.

Faithful to their friendship agreement signed on August 30, 2012, elected officials of the MRC d’Argenteuil, the MRC de Papineau, and the United Counties of Prescott and Russell (UCPR) held their 7th annual friendship meeting last night on the Presqu’ile, in Lefaivre.

Since 2011, these three municipal regions have met on an annual basis in order to maintain and strengthen their partnership, notably for purposes of recreational tourism, culture, heritage and environmental protection.

In addition to allowing the elected representatives of these three regions to meet annually to share their endeavours over the past year, the Friendship Agreement has also allowed for the initiation of several major joint projects, including the Cycl-O-Route cycling path along the Ottawa River—a 200-kilometre circuit crisscrossing the three neighboring territories. The elected officials also benefit from their strong partnership to work together on sustainable development, conservation, and environmental protection, mainly in regard to the Ottawa River, which connects the three territories.