After battling kidney failure, this triathlete is still going strong 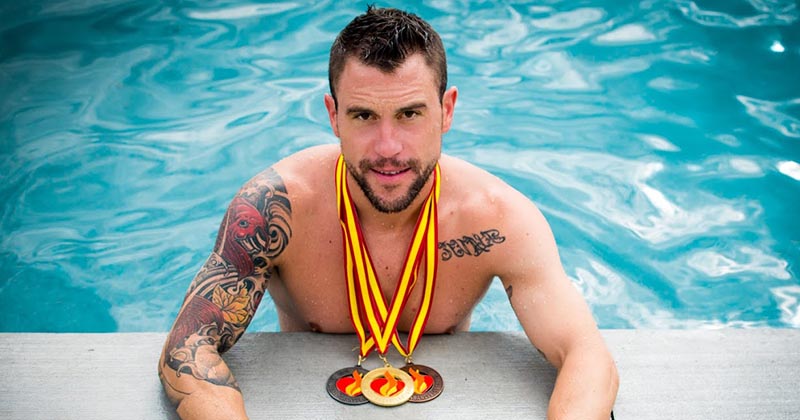 Even as a child, Anthony Parsons was a dedicated swimmer. “He was a very quiet child,” shares his mother, Monik Ménard, of Hawkesbury. “Stubborn, and very determined. He liked the discipline in sports, and at school.”

Now, Parsons is a world-class champion athlete. This summer, the former Hawkesbury Orcas swimmer won gold in the 50 metre breaststroke at the international World Transplant Games, which were held from June 25 to July 2 in Málaga, Spain. In addition to this, he also won silver in the Triathlon and bronze in the five-kilometre run.

“The Games are primarily to raise awareness for organ donation,” explained Parsons. “It was an exhilarating experience. What I enjoyed the most was seeing so many other transplanted athletes who had been through the same experience as I had, and competing now at such a high level!”

But it’s taken a long and trying journey for Parsons to arrive at this point in his life. Indeed, it’s due to his own perseverance and his family’s support that Parsons is alive at all.

A brush with death

“Anthony met his wife in his early twenties,” recounts Ménard. At the beginning of the interview, her voice is measured and confident; this is a story she’s told before. “At the time, Anthony was working in security at the Senate. And one year after their marriage…”

The carefully regulated monologue breaks off. “Doctors discovered that his kidneys were only working at five per cent,” she finishes after a pause.

“It was the end of the world for him.”

The dedicated young man, who had studied law and security in college and was expecting a fruitful career, suddenly found himself housebound. He was on dialysis for a year, depending on a machine to remove waste from his body that would otherwise be regulated by his kidneys while awaiting a transplant.

Finally, a matching kidney was found in Parsons’ youngest brother, Ryan. In June 2011, the surgery was performed – and until now, the transplant has been successful. Both Parsons and Ménard have stressed how important it is to register for organ donation. 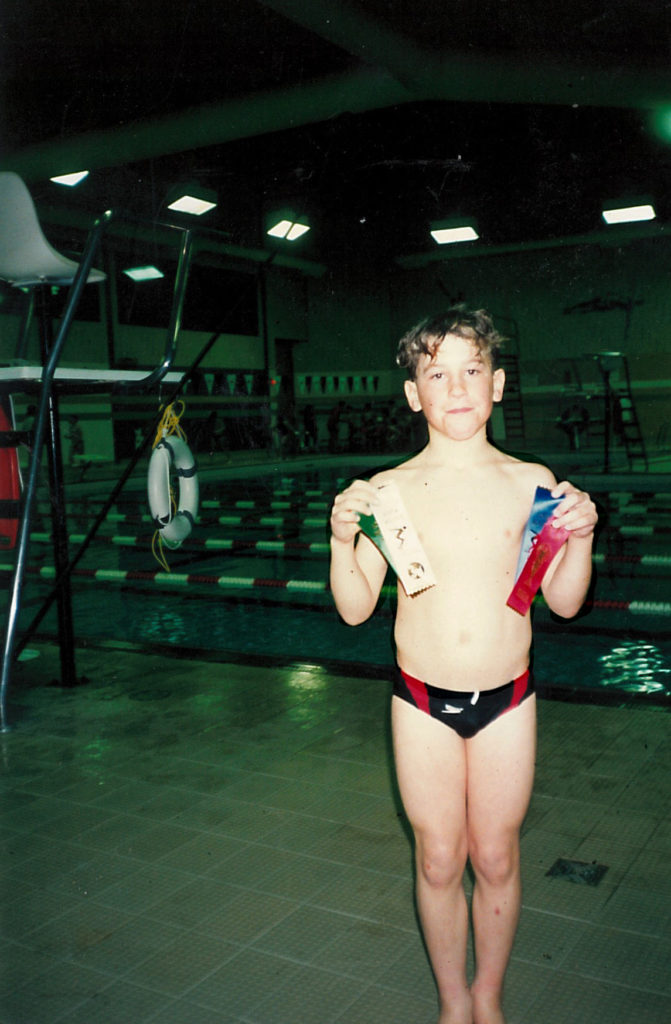 In his youth, Parsons spent four years in the Hawkesbury Orca swim team, where he was “very well classified.” (Photo courtesy Monik Ménard.)

The experience has been a harrowing – and revealing – for the whole family.

“I saw, then, how strong my son was. I saw just how much he wanted to fight for this. He’s like the family hero!” The athlete’s mother laughs fondly.

Then her voice becomes more solemn. “He says, now, that he lives every day to the fullest. He tells us never to look back, that we should stay in the present moment.”

Ménard’s heartache when thinking of the future is understandable. Statistics show that kidney transplants from live donors last up to 15 years on average – so Parsons, now in his thirties, will likely need a few more transplants during his lifetime, interspersed with periods of dialysis.

For now, however, Parsons is living his life to its full capacity. Now father of a four-year-old girl, he continues to work for the federal government in Ottawa, as well as “racing year round” and, of course, training relentlessly – to get to and from work, he jogs over twenty kilometres each way.

“He works out every day, and I think it’s too much,” comments Ménard. “But he tells me that that’s the only way he knows how to function: intensely.”

Her voice becomes tearful again. “We’re very proud of him,” she finishes.