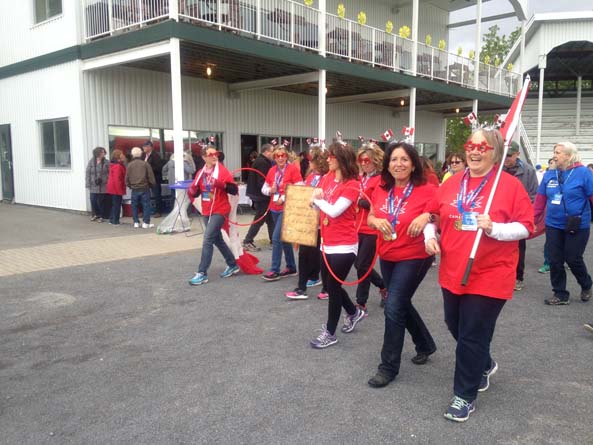 The Sisters of Hope raised over $17,000 for the Canadian Cancer Society.

Despite slightly chilly weather, survivors and other participants seemed in good spirits at the Stormont, Dundas and Glengarry Relay for Life, held on Friday, June 2.

The event began at 6 p.m. and finished at midnight, a departure from last year’s 12-hour event beginning at noon or previous overnight versions.

Survivors and other participants gathered at the Maxville Fairgrounds at 6 p.m., and the relay began with a few words from organizers, local politicians, and Evelyn Bernique, a cancer survivor. 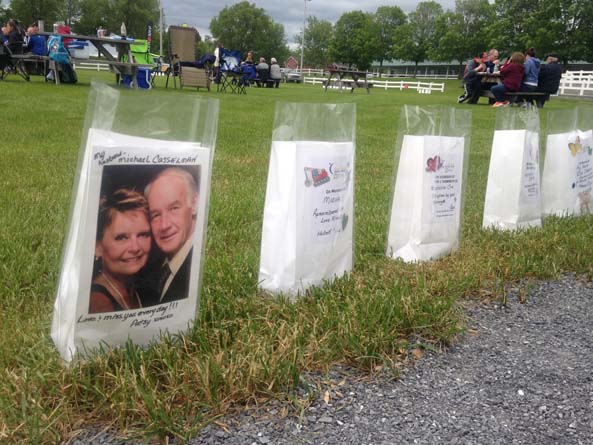 Bernique, who has been a survivor of breast cancer for 18 years, spoke at the beginning of the relay. She expressed gratitude for the event organizers, volunteers, and supporters. Bernique organizes Vankleek Hill’s annual Russell Gauley Pancake Breakfast, which raises money for the Canadian Cancer Society’s Wheels of Hope program.

After she spoke, cancer survivors in yellow shirts led a first relay lap, escorted by a pipe band. The other participants followed, some dressed up in colourful costume or carrying banners and signs.

Debra-Lynn Bellefeuille is a cancer survivor and was mission lead for the SD&G relay. She was involved in organizing the evening’s many activities, including soliciting “cash for kisses” donations and participating in an auction – where she offered a signed copy of a book she wrote after being diagnosed with cancer. 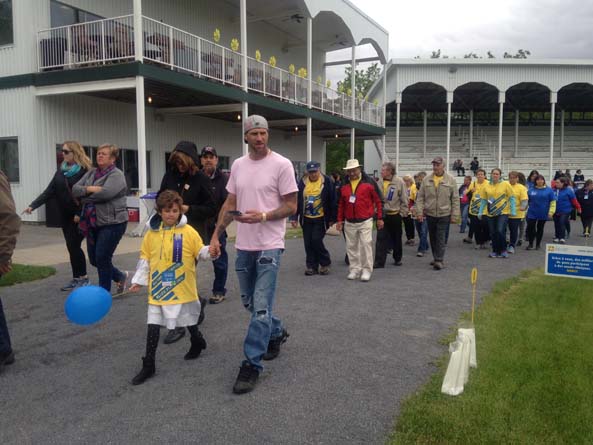 Bellefeuille said she got involved with the Canadian Cancer Society because she was interested in giving back for the support she received during her own battle with cancer. She also mentioned Wheels of Hope, which provides car rides for cancer patients who have appointments in Ottawa or Montreal.

“So many days, especially when I was going through radiation therapy, the thought of driving to Cornwall when you’re already sore from treatment, and you’re exhausted, you’re constantly exhausted – and just the fact of driving from Cornwall to Ottawa and back…your brain can’t even conceive it when you’re that tired,” she told The Review. “The volunteers who drive for Wheels of Hope are angels, in my eyes.”

The Sisters of Hope, who completed a few laps at the beginning of the relay linked with red hula hoops, raised $17,816.00, more than any other team. There were nine members of the team, according to the Canadian Cancer Society’s website – Kim Casselman, Pat Casselman, Sue Casselman, Natalie Dawson, Joy Krol, Maureen Robertson, Meghan-Tia Robertson, Wendy Heagle and Angela Beehler. Several other teams – BDO Canada, Famille Bazinet, En Famille Jamais Seule, and The Sole Mates – each raised over $2,000.