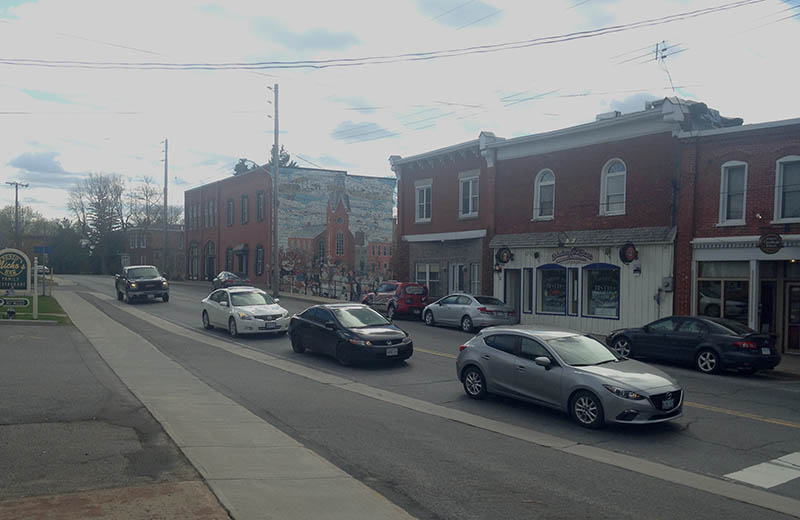 Vankleek Hill’s High Street will be reconstructed with provincial funding.

The Township of Champlain will get up to almost $3 million in provincial funding for a reconstruction of High Street between Main Street and Vankleek Hill’s southernmost edge.

The Ministry of Transportation will contribute a maximum of $2,925,111 for the project, part of a $25 million “Connecting Links” program. Champlain Township is one of 19 municipalities in Ontario approved for Connecting Links money, which is earmarked for improvements to municipal roads and bridges connecting provincial highways. At a council meeting on Tuesday, May 10, Mayor Gary Barton said he was “very surprised” Champlain Township was chosen – “we are the grand winners of the lottery,” he said.

The municipality applied for the funding last year. Barton said the costs of the project will now need to be calculated.

Council documents from last year say a “full road reconstruction” of High Street would cost $3,600,000, meaning Champlain would be responsible for the remaining amount, about $600,000, not covered by the province. But, the documents also note that the $3.6 million figure is just an estimate. “There may be other possibilities that could be considered that would only address some of the underground infrastructure needs which could decrease the net cost to the township,” says the report from January 2016.

The provincial funding is not expected to cover the cost of repairs and improvements to water and sewer infrastructure under High Street, however. On Tuesday, Barton said pipes that serve three houses on High Street freeze every winter, since the road was lowered several years ago. “Hopefully we’re going to solve that problem, but we have to determine what the costs are to solve that problem,” he said. The report from January, 2016 says reconstructing water and sewer infrastructure under the road would cost an estimated $400,000.